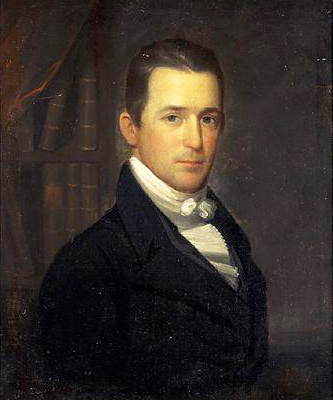 James Norcom, Sr., physician, was born in Chowan County, the son of John and Miriam Standin Norcom. He received his early education at schools in Chowan County—among them, the Edenton Academy, of which he later served for many years as a trustee. At seventeen he began to study medicine in Philadelphia, where he was both a private student of Benjamin Rush and a matriculant at the medical school of the University of Pennsylvania. The medical school faculty, which, in addition to Rush, included such eminent physicians as Caspar Wistar and William Shippen, emphasized instruction by means of clinical observation as well as lectures; and Shippen, at least, made use of dissection. Norcom was awarded the M.D. degree in 1797 after a defense of his Inaugural Thesis on Jaundice, Containing Observations on the Liver, and Some of Its Diseases (1799), which ran to forty-nine printed pages.

Norcom entered the practice of medicine at Edenton, where he became one of the earliest clinical investigators of diseases prevalent in eastern North Carolina. Although Edenton was then the home of several long-established physicians, he soon gained a large practice and a wide reputation as a skillful diagnostician. As a result of overwork, however, his health broke and he became apprehensive that he might contract tuberculosis. He traveled to Philadelphia and consulted his former teachers, particularly his mentor Rush, who prescribed a long sea voyage, especially to the East Indies. Norcom took Rush's advice and spent about three years traveling to various parts of the world, including the Far East. He practiced medicine aboard ship and among the natives of the places he visited and studied the distinctive characteristics of the climate, people, and diseases of the different areas.

His health restored, Norcom returned to Edenton, where, except for a brief period of service as an army surgeon in the War of 1812, he practiced medicine until the last day of his long life. His practice was both lucrative and extensive. He was often called in as a consultant in puzzling or serious cases from distances of over one hundred miles. His personal practice embraced the counties of Chowan, Perquimans, Pasquotank, Camden, Gates, Washington, Bertie, Hertford, and Martin until advanced age prevented him from traveling over such a wide area.

Like his preceptor Rush, who taught his students to "bleed as long as you can get blood; if you can't get blood get water; if you can't get water get wind," Norcom made frequent use of the lancet. His practice was largely confined to medicine, as he had few opportunities for surgery; most of the operations he performed would be classified as minor surgery. He was nevertheless eminently successful in the adjustment and treatment of fractures and reductions and in the management of dislocations. Although Norcom wrote much on medical subjects, only a few of his articles were published, including essays on tetanus, the winter epidemic of 1816, cholera, the endemic summer and autumnal fevers of eastern North Carolina, scarlatina, and influenza. Appearing in such medical journals of the day as the Philadelphia Medical Museum, the Eclectic Repertory, and the American Medical and Philosophical Register, his writings received the approbation of the medical profession.

During most of his life Norcom made and recorded careful observations of weather, temperature, and barometric pressure and compared his records for different years, relating them to the varieties of illness occurring most frequently during the same periods. From these studies he drew certain conclusions concerning the ecology of disease, especially epidemics, and often made accurate predictions as to the character and type of the ailments of an approaching season. Not only was Norcom at home with medical literature, but also he was a serious student of literature and science in general, being particularly fond of the natural sciences, and his opinion was sometimes sought on literary matters. His letters to his family and friends indicate that he was a keen observer of people and social groups and that he was a social, economic, and political conservative and a stern but loving father to his nine children. 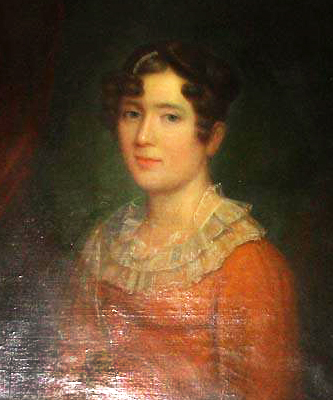 As a physician he did much charity work, declaring himself unable to "turn a deaf ear to the sufferings of the indigent . . . even in its connection with vice and infamy." Nevertheless, he managed to accumulate a great deal of wealth during one period of his life, though he left a small estate. A large portion of his income was consumed in the education of his children, much was given to philanthropic causes, and a great deal was used to pay off the debts of others for whom he had stood as surety.

In politics Norcom was a Whig. An active churchman, he was long a member of St. Paul's Episcopal Church, Edenton. In the autumn of 1850, while making a house call to a patient at night, he fell down a flight of steps, hitting his head against the post and losing consciousness. The physicians called to his aid followed the approved medical procedure of the day for such cases and bled him copiously in both arms—"bled him to death," his granddaughter later declared. He never recovered. He was buried in the cemetery of St. Paul's Church, Edenton. He had practiced medicine for over fifty years.

Norcom's portrait is reproduced in the two-volume Medicine in North Carolina: Essays in the History of Medical Science and Medical Service, 1524–1960 (1972), edited by Dorothy Long, which also contains a partial list of Norcom's published writings.

Norcom has been identified as the "licentious master" who subjected the enslaved Harriet Jacobs, to "unrelenting sexual harassment." This is recounted in Jacobs's autobiography, Incidents in the Life of a Slave Girl (1987), edited by Jean Fagan Yellin.

Historian Jean Fagan Yellin brought a modern edition of the slave narrative of Harriet Jacobs, Incidents in the Life of a Slave Girl, Written by Herself, to publication in 1987 (Harvard University Press). Prior to her escape to the North, Jacobs was a slave of James Norcrom. In Incidents, she later gave her account of the desperation of her life under the violence, abuse, sexual harassment, and predation of Dr. James Norcrom (given the name “Dr. Flint” in the Incidents). In 2004, Yellin published a biography of Harriet Jacobs, which includes scholarship on James Norcrom that exposes incidents of the violence and cruelty that both Dr. and Mrs. Norcrom inflicted on Harriet Jacobs and other enslaved people in their household. (Yellin, Jean Fagan. 2004. Harriet Jacobs: a life. New York: Basic Civitas Books). -- Kelly Agan, NC Government & Heritage Library

W. F. Norwood, Medical Education in the United States before the Civil War (1944).