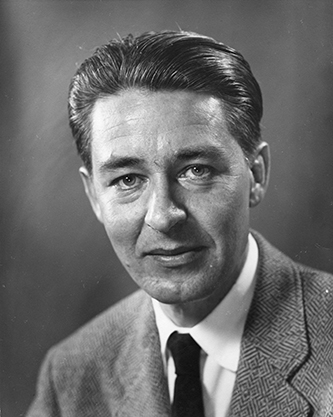 Matthew Nowicki, architect and teacher, was born in Chita, Russia, the son of Zygmunt Nowicki, a Polish ambassador in Russia at the time. The elder Nowicki afterwards was Polish consul general in Chicago (1921–25), where Matthew, who had begun his studies in Warsaw, continued his education and attended the Chicago Art Institute. Returning to Poland, he studied at the School of Design in Gerson-Warsaw and was awarded a master of architecture diploma from the Polytechnic of Warsaw in 1936. Before graduation he received prizes for his designs of a mosque in Warsaw and for low-cost residential housing.

In 1936, with Stanislowa Sandecka, whom he married the same year, Nowicki established a commercial art firm, designing book covers and posters as well as book and magazine illustrations. From 1936 to 1943 he was senior assistant at the School of Architecture of the Polytechnic and during that period received numerous prizes and awards, including second prize for the Polish Pavilion at the New York World's Fair (1939) and, jointly with his wife, the Gold Medal for their graphics at the Paris Exhibition. In 1938 he won a prize and the building commission for the administration building at Lodz as well as for the casino at Druskieniki. A district sports center in Prague and a hotel in Augowstow were both completed in 1939. Private homes as well as low-cost apartments were also among his commissions. From 1942 to 1944 Nowicki was a professor at the Technical School of the Municipality of Warsaw. For a time during World War II, he served as a lieutenant in the Polish army and with the underground forces.

After the war, as Polish cities were being rebuilt, he was involved in town planning. In 1945–46 he was cultural attaché to the Polish Consulate in Chicago, and in 1947 he was Poland's representative to the committee for the United Nations building. Nowicki was a member of the faculty of the Pratt Institute, Brooklyn, N.Y., until 1948, when he was named acting head of the Department of Architecture at the School of Architecture and Landscape Design of North Carolina State University in Raleigh.

Since he was not yet licensed as an architect in North Carolina, Nowicki served as a "consultant" to Raleigh architect William Henley Deitrick, preparing preliminary sketches for the interior of the Carolina Country Club, the state archives building, and the North Carolina State Fair Grounds and Dorton Arena—all in Raleigh. He also collaborated on a California shopping center design and was a consultant in the planning of a new capital, Chandigarh, in East Punjab, India. Nowicki was widely acclaimed as one of the world's leading architects; the arena at the North Carolina fairgrounds has been cited as an outstanding example of his promise. His death at age forty was widely mourned.

As he was returning from a trip to India in connection with plans for the new capital, Nowicki was killed in an airplane crash in Egypt. Memorial services were held in the Sacred Heart Cathedral, Raleigh.

Nowicki and his wife, Stanislowa Sandecka, were the parents of two sons: Paul (1941) and Peter (1950). With a degree in architectural engineering, Stanislowa taught engineering at State College. After her husband's death, she went to the University of Pennsylvania to teach architecture.

Bruce H. Shafer, The Writings and Sketches of Matthew Nowicki (1973).