William Battle Phillips, mining engineer and educator, was the first recipient of an earned Ph.D. degree from The University of North Carolina. He was born in Chapel Hill, the son of Charles Phillips, professor of mathematics at The University of North Carolina, and Laura Caroline Battle Phillips. He was educated at local schools and at the Bingham School in Asheville; he earned the Ph.B. in 1877, delivering a senior oration on "Women in Politics." Remaining in Chapel Hill to take a position as chemist (1877–82) with the Agricultural Experiment Station then located there, he was also professor of chemistry in 1879 for the university's Normal School, the recently established summer school for teachers. Phillips began graduate work in 1881 under Francis P. Venable, presenting a dissertation entitled "Part I: Rate of Reversion in Superphosphates from Red Navassa Rock; Part II: North Carolina Phosphates" in 1883; it would seem that his association as chemist with the Navassa Guano Company (1882–85) in Wilmington led him to the subject, which was pertinent to the production of agricultural fertilizers.

The expansion of the university in 1885 to provide a broader program in the agricultural and mechanical arts included an appointment for Phillips to the chair of agricultural chemistry, mineralogy, metallurgy, and mining. Because facilities were not ready to begin instruction in these areas immediately, he studied for a year at the famous mining school at Freiburg, Saxony, to fill in gaps in his knowledge, returning to take up his position in 1886. There had been criticism of his appointment on the basis of both his age and his inexperience in mining, but the university mounted a spirited defense of Phillips and of others attacked by interests not in favor of maintaining this program at Chapel Hill. Those interests were eventually successful, and with the withdrawal of land-grant support from Chapel Hill in 1888, his chair disappeared. 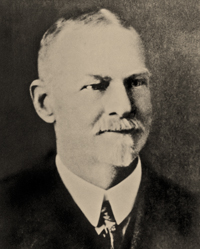 hillips moved to Birmingham, Ala., and established the firm of Claghorn and Phillips, consulting in mining, chemistry, and assaying from 1888 to 1892; his work was critical to the ongoing development of the iron and steel industry of Birmingham. From 1890 to 1892 he was also professor of chemistry and metallurgy at the University of Alabama. Next he was chemist for the Tennessee Coal, Iron, and Railway Company (1892–98) in Birmingham, and in 1898–1900 he was editor of the Engineering and Mining Journal, American Manufacturer, and Iron World.

In 1900 Phillips began a long association with the University of Texas, serving as professor of field and economic geology from 1900 to 1914 and as director of the University of Texas Mining Survey from 1901 to 1905 and of the Bureau of Economic Geology and Technology from 1909 to 1914. From 1914 to 1916 he was president of the Colorado School of Mines. In 1916 he returned to Texas, where he died two years later in Houston.

Phillips contributed more than three hundred scientific articles to various publications. Monographs representative of his longer works are Iron Making in Alabama (1898, 1912); Texas Petroleum (1901), written many years before the discoveries at Spindletop that led to the great expansion of the oil industry there; and The Mineral Resources of Texas (1910). He was profoundly interested in science education in the South and remained an adviser to The University of North Carolina on that subject almost all of his life.

He married Minerva Ruffin McNeill, the daughter of George II and Elizabeth Drury McNeill, in Fayetteville, N.C., on 8 Oct. 1879. They had three sons: William Battle, Jr., Drury McNeill, and Laurance Vermeule. His second marriage was to Angie Isabel Miller, the daughter of John Martin and Mary Angelina Nichols Miller, in Columbia, S.C., on 21 Jan. 1908.