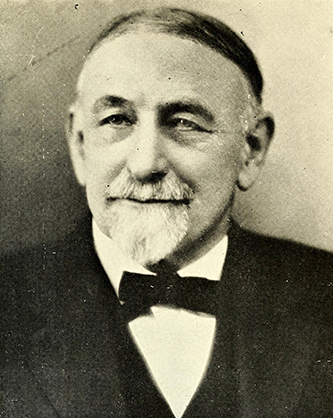 Thomas Merritt Pittman, lawyer and judge, was born in Franklin County near the town of Louisburg to Alfred H. and Elizabeth Alston Neathery Pittman. He attended the local common schools and Belford Academy in Franklin County.

Orphaned at fourteen, Pittman ended his formal education and went to work in the foundries of Charlotte. While in his teens he became a skilled artisan at the Mecklenburg Iron Works and at seventeen was foreman at the Carolina Agricultural Works, the largest ironworks in Charlotte. He spent his evenings studying the decisions of noted jurists. Pittman's precocity attracted the attention of the law firm of Guion and Flemming, which permitted him to read law in its offices. Admitted to the North Carolina bar in June 1878, while still in his minority, Pittman began his law career in Charlotte. He was admitted to the South Carolina bar in April 1881.

Pittman began the general practice of law in Henderson after his marriage in June 1883 to Mrs. Harriet Thrower Lassiter, a native of Henderson. Appointed examiner in equity for the Western District of North Carolina, he also served as general counsel for Vance County and the Bank of Henderson and worked for many years after 1901 as city attorney of Henderson. He was the first president of the Charlotte Street Railway Company but retired before the line had been completed.

Pittman was vice-president of the North Carolina State Bar Association for the 1911–12 session and beginning in 1909 chaired the legislative committee to investigate and report on the Torrens system of land registration. The Torrens Land Act, drafted by Pittman's committee, became law in 1919.

A deacon and Sunday school superintendent of the Henderson Baptist Church, Pittman became vice-president of the North Carolina Baptist State Convention and of the American Baptist Historical Society in Philadelphia. In addition, he held various other state and local church offices. He wrote "The Preparation of Baptist Work in North Carolina" and promoted the publication of the Baptist Historical Papers.

A Democrat, Pittman accepted Governor Cameron Morrison's appointment in 1923 to the superior court judgeship, but chronic asthma forced him to resign the following year. Pittman's wife Harriet had died in 1918. Their children were Thomas Merritt, Jr., and Elizabeth Pittman Davis. On 16 Oct. 1923 Pittman married Elizabeth N. Briggs of Raleigh. He died at age seventy-four at his home in Henderson after a brief critical illness.