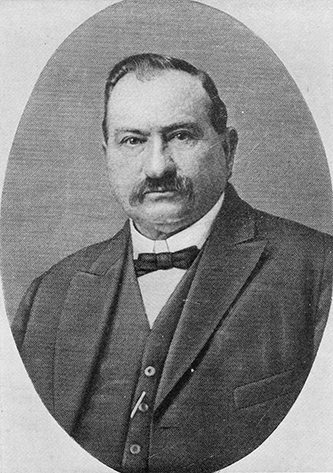 Daniel Efird Rhyne, textile manufacturer, banker, and philanthropist, was born on a farm in Gaston County near the town of Mount Holly. A son of Moses H. and Margaret Hoffman Rhyne, he was a descendant of pioneer German settlers. He received his early education in the common schools and in 1872 and 1873 attended North Carolina College, a Lutheran school at Mount Pleasant.

At age twenty-one he formed a partnership with Ambrose Costner and Abel Peterson Rhyne, his brother, and erected a cotton mill near where Dutchman's Creek enters the Catawba River. Eventually he became a large stockholder in a score of textile plants in Belmont, Cherryville, and Lincolnton and was generally regarded by his contemporaries as a genius in cotton mill management. Rhyne owned the Piedmont Wagon Company, one of the oldest industries in Catawba County, and his real estate holdings included 15,000 acres of farm and mineral land in Gaston, Lincoln, Catawba, McDowell, and Rutherford counties. At one time he had 3,000 acres under cultivation. He was president of a bank in both Lincolnton and Cherryville and was a director of two banks in Charlotte. New inventions fascinated Rhyne, and the Lincolnton Lincoln Journal reported in November 1899 that he was the first person in North Carolina to own an automobile.

His generous donations made possible the erection of a dozen Lutheran church buildings in Lincoln, Catawba, Gaston, Iredell, Mecklenburg, and Guilford counties, and his large benefactions to Lenoir College at Hickory resulted in the name of the institution being changed to Lenoir Rhyne College in 1923. A new college administration building, for which he supplied the funds, was also named in his honor.

In his personal appearance, Rhyne was short of stature and of stocky build. In 1887 he moved to the village of Laboratory, near Lincolnton, and resided there until his death. He never married. A baptized member of Lutheran Chapel Church in Gaston County, he was buried in the Lutheran Chapel Cemetery. 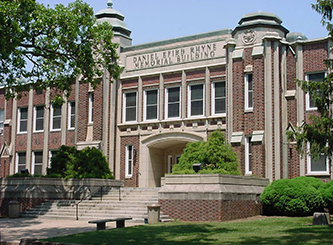