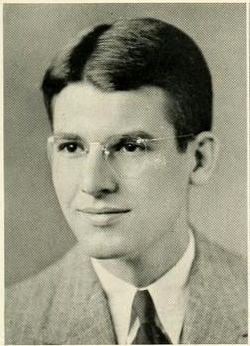 Alexander Reed Sarratt, Jr., journalist, was born in Charlotte, the son of Alexander R. and Joncie Elizabeth Hutchison Sarratt. He was graduated from The University of North Carolina in 1937 with a degree in economics and membership in Phi Beta Kappa. As a senior he was managing editor of the student newspaper, the Daily Tar Heel.

Following his graduation, Sarratt became editor of the Blowing Rocket during the summer and served in turn as reporter, book editor, assistant city editor, city editor, and special writer on the Charlotte News until 1946. Between 1946 and 1952 he was an editorial writer with the Baltimore Evening Sun. He then joined the staff of the Winston-Salem Journal and the Twin City Sentinel, filling a number of posts including editorial director, executive editor, assistant to the general manager, and executive assistant to the publisher in charge of news, advertising, circulation, and promotion. In May 1960 he became executive director of the Southern Education Reporting Service in Nashville, Tenn., which, operating under a Ford Foundation grant, collected and published information on school segregation-desegregation in the South. The foundation's Southern School News containing factual reports was widely distributed to the regional and national press and others. Sarratt was also director of the journalism project of the Southern Regional Education Board in Atlanta. In 1973 he became executive director of the Southern Newspaper Publishers' Association, a position he held until his death.

Sarratt was the author of The Ordeal of Desegregation: The First Decade (1966); edited two volumes, The Impact of the Computer on Society (1966) and Education for Newspaper Work (1973); and contributed to various professional journals. In 1985 he was inducted into the North Carolina Journalism Hall of Fame.

In 1938 he married Elva Ann Ransom of Charlotte, and they became the parents of three children: Ann Ransom, Alexander Reed III, and John Lester. He was a Democrat and a member of the Presbyterian church.