William Oscar Saunders, newspaper editor, politician, and spokesman on state and national affairs, was born at Goodens Pond Mill in Perquimans County. He was one of six children—two sons and four daughters—of Mary Ella Byrd and John Robinson Saunders, a poor farmer. A few years after his birth the family abandoned its farm, which was overgrown with weeds, and moved to the county seat town of Hertford, where his father opened a butcher shop. Apparently John Saunders had not succeeded at farming, and in his new endeavor he struggled to provide a modest living for his family.

The key to understanding Saunders's adult behavior and thinking lies in his childhood, when he had to do without and experienced insecurity over having a father who was not a successful breadwinner. His father's weaknesses reinforced his need to assert himself, for the rest of his life W. O. Saunders always seemed to yearn for recognition and at the same time disdain wealth. The powerful were always his chief antagonists in the communities in which he published. Ministers, who he felt held too tight control over the thinking and actions of their congregations, and crooked politicians were his main targets. 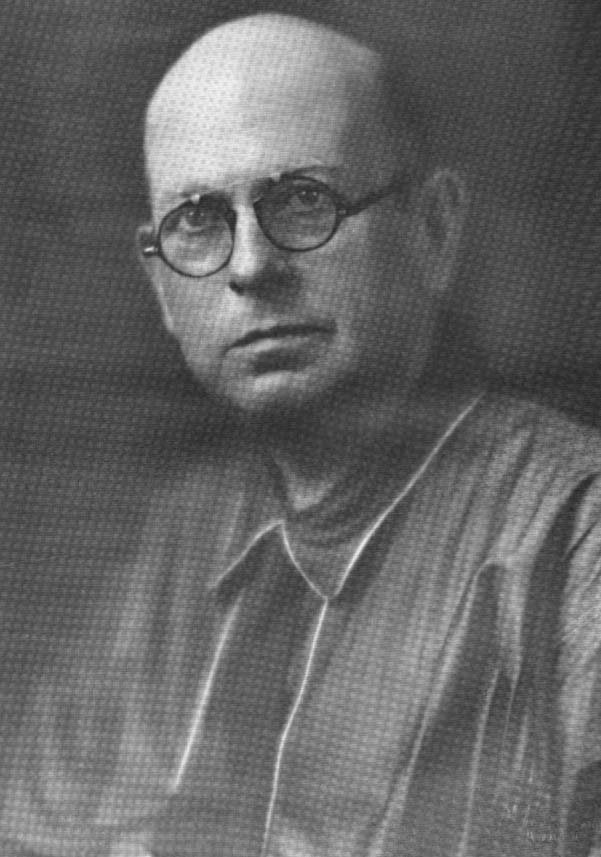 Saunders's education is sketchy, but he must have read on his own to have achieved the level of competence evidenced in his editorials and other writings. He did attend the common school in the village but was never graduated. In school he often read ahead of his class; this annoyed his teachers, who viewed his actions as misbehavior rather than curiosity. There is little doubt that he was intellectually capable of attending college, but his parents could not afford to send him. By the time he had reached his teens, he had become a nonconformist—probably as a result of his frustration in not having an opportunity to further himself. Yet he was determined to succeed in life.

In an article in which he reminisces about his childhood, Saunders states that he thought of becoming an evangelist or a patent medicine faker but decided on a career in journalism because he could gain more exposure that way. On his seventeenth birthday he left Hertford to work on a daily newspaper in Norfolk, Va. Opportunities for advancement did not materialize, and he soon grew impatient; thus he resigned and returned home. When a much-publicized murder occurred in nearby Elizabeth City, the same Norfolk paper wired him to cover the ensuing trial. This constituted the first real break for him in the news business, for his factual reporting earned him the respect of court officials and the community at large. Saunders spent the next few years with newspapers in Norfolk, Elizabeth City, and Edenton, but his overzealous efforts to expose political dishonesty and his cutting social commentary resulted in several dismissals.

He then left the area to become a staff correspondent for the Lumber Trade Journal in New Orleans and remained until the panic of 1907 cost him his job. By now he had a wife and two children, having married in 1903 Columbia Ballance of Elizabeth City, where he brought his family following the panic and moved in with his in-laws. Saunders found a job on a city paper but lost it when he disagreed with the owner over editorial content. With the assistance of a local politician, Roscoe Turner, who hoped to gain office through Saunders's support, the editor started his own newspaper on 8 June 1908. The paper, a one-page sheet, was named The Independent. His courtship with the politician did not last long, for when he printed a story that was unfavorable to him, Turner withdrew his support.

Working more than sixteen hours a day, Saunders wrote hundreds of hard-hitting editorials and covered newsworthy stories that other papers passed up. He also attempted to influence the community by sponsoring discussions on a wide range of subjects. During the lifetime of The Independent, he spoke out against fundamentalism, anti-Semitism, and racial prejudice, to name a few, while championing birth control, clean politics, and educational improvement. Saunders is credited with being one of a handful of southern journalists during the period to view the South critically and still reside there. His coverage of the news evoked the wrath of many, some of whom sued his paper for libel. Indeed, the editor was in and out of court during the first decade of his paper's existence.

Saunders, a Democrat, twice tried his hand at elective office. The first time he ran, he lost the race for a seat in the General Assembly representing Pasquotank County, but in 1919 he was elected. In the legislature he was both unpopular and considered radical by his colleagues when he introduced bills to abolish the death penalty and to assure a standard of weights and measure for farm produce. The weights bill passed, but the measure on the death penalty failed. Uncomfortable in the political scene and aware that the prospects of reelection were unlikely, he never again ran for public office.

Saunders chose instead to work within his party and constantly supported candidates for office. As a maverick, he usually backed liberal contenders. The highlight of his involvement occurred in 1928, when he broke with the Furnifold Simmons faction of his party to support the antiprohibitionist and Catholic, Al Smith. Saunders served as a delegate to the stormy state convention and later attended the national convention, where he led his state's delegation for the New York governor. During the campaign he threw his support behind Smith and drew considerable fire from the Simmons camp.

Each chapter of his life provides exciting reading, for just four years earlier in 1924, in his own Elizabeth City, he had confronted Mordica Fowler Ham, a popular fundamentalist minister who was holding religious revivals throughout the eastern section of the state. In many ways Ham personified the fundamentalist movement. During the evangelist's seven-week campaign in the town, Saunders accused him of misrepresenting facts, which he used to expose the preacher's anti-Semitism and later to attack his fundamentalist creed. Although he succeeded in dissolving the meeting, it is questionable whether he permanently damaged Ham's career. 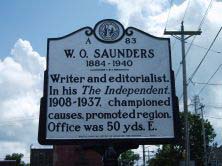 Unable to accept his town's support of the minister—an outsider—despite the incriminating evidence the editor felt he had presented against him, a bitter and disgusted Saunders left Elizabeth City. In New York City he became an associate editor for Collier's magazine. Since his first article, "The Autobiography of a Crank," appeared in the June issue of American Magazine, he had contributed to several magazines including The Country Home, Nation's Business, The American, Woman's Home Companion, The Mentor, Farm and Fireside, and Collier's. He spent nearly a year with Collier's, devoting most of his time to interviewing notable Americans. When homesickness overcame his bitterness and he returned to Elizabeth City and The Independent, Saunders had many new influential friends across the country.

Even before joining Collier's, Saunders had achieved a national identity. By 1927 he was recognized by John H. Casey, a University of Missouri journalism professor, as one of the top weekly newspaper editors in the country among 12,000 studied by Casey's department. Subscriptions to The Independent came in from all over the country as his paper's frank presentation of the news appealed to many people. One of his most often quoted columns, "The Bank Clerk and the Soda Jerker," was a masterpiece of writing intended to get across his political and social messages to an unsophisticated audience.

Among his many accomplishments Saunders is perhaps best remembered for his stroll down Fifth Avenue in New York City in pajamas to demonstrate the versatility of that garment. On a more serious side, he is credited with starting a campaign to have a monument erected at Kitty Hawk, site of man's first flight by Orville and Wilbur Wright. He originated the idea for a play to be written about the first English colony, the "Lost Colony" of 1587, on Roanoke Island. And he brought birth control advocate Margaret Sanger to Elizabeth City for a meeting, which he hailed as her first appearance in the South.

In 1937, ten years after he was named one of the country's leading editors, his paper faced serious financial trouble. Publishing a weekly as opposed to a daily entailed high overhead expenses, and through the years Saunders had emphasized literary rather than business matters. A national depression resulted in fewer advertising dollars, and most businesses preferred to spend their money at the Daily Advance, Saunders's competitor. A decision was made to convert to a daily schedule, but this move proved unsuccessful probably because it had come too late. The editor then decided that he should close the paper and seek another job with the hope that the paper could be revived at a later date.

The same year, 1937, he left Elizabeth City for Washington, D.C., for a new career in free-lance journalism. A year later he was running a news feature service in the capital. On his way from Elizabeth City to Norfolk, Va., his car plunged off the highway into a canal and he drowned.