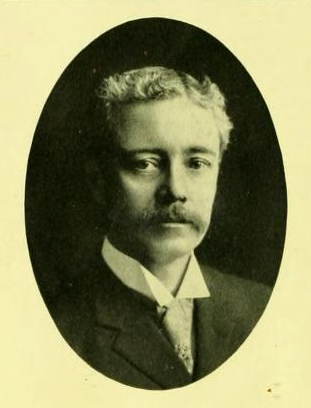 Henry Louis Smith, physicist and college president, was born in Greensboro, the eldest son of Dr. Jacob Henry, a Presbyterian minister, and his second wife, Mary Kelly Watson Smith, the daughter of Judge Egbert Reid Watson of Charlottesville, Va. Smith attended Greensboro's Presbyterian High School, run by his uncle, Samuel Cunningham Smith, until 1877, when he entered Davidson College; he was graduated with honors in 1881. For the next five years he was principal of the Selma Academy, where he first demonstrated his teaching and promotional abilities by quadrupling the school's enrollment and constructing a new building for classes.

Called by Davidson College to be professor of natural science (physics and astronomy), he obtained a one year's leave of absence to do graduate work at the University of Virginia, from which he received an M.A. degree in 1887 before commencing his teaching in the fall. He returned to Virginia for the 1889–90 academic year and earned his Ph.D. in physics. On 4 Aug. 1896 Smith married Julia Lorraine DuPuy, the daughter of Dr. John James DuPuy, a Davidson physician; they had eight children.

Smith's scientific knowledge twice had international consequences. Learning of Wilhelm Röntgen's experiments with X-rays, Smith shot a bullet into the hand of a cadaver and developed one of the earliest X-ray pictures in America; it was published in the Charlotte Observer on 27 Feb. 1896. Shortly afterwards he used the X-ray to locate a thimble lodged in a young girl's throat, making possible its surgical removal. This was the first clinical application of the X-ray, and news of the event was spread around the world.

Near the end of World War I a prize was offered for a means of informing the German people of President Woodrow Wilson's peace plans. Smith proposed attaching Wilson's message to small gas-filled balloons to be released in France, where the prevailing winds and the timed release of gas would carry them to Germany. Adopting the idea, the Allies released millions of these balloons, and most German soldiers who surrendered carried Wilson's message with them. The president later credited Smith with substantially shortening the war.

A student described Henry Louis Smith as a "brilliant, enthusiastic teacher," but it was as an administrator that he was most celebrated. He was named vice-president of Davidson College in 1896 and elected president in 1901. Davidson had languished in the forty years since the Civil War, but Smith, with his active mind and boundless energy, initiated and carried through so many projects that the students nicknamed him "Project." During his thirteen years as president, he more than tripled the college's enrollment, producing corresponding increases in faculty, plant, and endowment. In 1912 he left to become president of Virginia's Washington and Lee University, from which his father had graduated, and his efforts met with similar success there. Its larger student body doubled in size along with faculty, plant, and endowment. A fine speaker, Smith traveled widely promoting his institution and seeking funding from every possible source.

He lived at a time when liberal arts colleges, stressing classical education and pedagogical drill, were being challenged by land grant, vocationally oriented universities and by the high standards of the new graduate schools following the German university model. Smith argued that the liberal arts curriculum should prepare its students for the professional and business world they would be entering, and at Washington and Lee University he succeeded in establishing a School of Journalism. Both at Davidson and at Washington and Lee he worked hard to upgrade intellectual standards and admission requirements, believing that it was dishonest for a school that claimed to be Christian to do shoddy work. At the same time, he felt that a sound body was necessary for a sound mind and established facilities for recreation and exercise—one of his projects at Davidson was a lake to provide water sports for the students.

A Presbyterian elder and the son of a minister, he was not disturbed by the Darwinian controversy and made it clear to students that there was no necessary conflict between science and religion. He saw the individual as an "immortal being allied with God himself" and felt the role of a Christian liberal arts institution was to mold its students into effective leaders. In speeches and pamphlets he exhorted his students to develop their intellectual, physical, and moral capacities to the fullest in order to fulfill this role, but his own example probably had the greatest effect. He proved that the small liberal arts institution could adapt and play a meaningful role in American higher education.

In 1929, at age seventy, Smith retired and moved to Greensboro. Participating in the religious and civic life of the city, he remained intellectually and physically active until shortly before his death. He served as an elder and Bible class teacher in the church where his father and brother had formerly preached and was in great demand as a public speaker at colleges, civic clubs, and other groups. In 1947 he published This Troubled Century, a collection of essays and speeches. Though the century was troubled with wars and other problems, Smith remained ever optimistic and forward-looking, for he believed that the universe was controlled by a beneficent, loving God. His youthful zest and excitement about the future were reflected in a local newspaper column he wrote on "Science and Our World." In it he discussed new scientific developments and how they could transform the future for the better.

A gentle man who always appealed to the best in others, Smith was nevertheless a tireless fighter for social justice, attacking wrongs with the same drive that helped him succeed as a college president. After his death at age ninety-one, Greensboro named its first public housing project for him—both to honor him and because he had been the key figure in persuading the city council to provide decent housing for the poor. He was buried in Forest Lawn cemetery.

Smith was a member of Phi Beta Kappa and Omicron Delta Kappa honorary societies and held honorary LL.D. degrees from The University of North Carolina and Davidson College. His unpublished papers and correspondence are at the Washington and Lee University Library, Lexington, Va. Pamphlets and newspaper clippings by and about him are in the Davidson College Library.