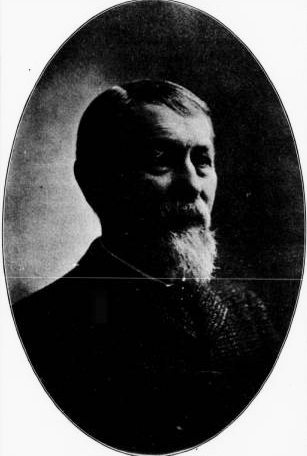 James Walker Tufts, businessman, resort developer, and philanthropist, was born in Charlestown, Mass., of English ancestry. One of his forebears, William Brewster, went to Plymouth on the Mayflower in 1620. The son of Leonard and Hepzibah Fosdick Tufts, he attended the primary school of Miss Putnam and the Training Field School of Masters Baker and Swan. At age fifteen he became an apprentice to Samuel Kidder and Company, druggists in Charlestown. Enterprising and ambitious, he opened his own pharmacy in Somerville, Mass., in 1856 and later expanded to Medford, where he eventually resided, and to Boston, Winchester, and Woburn, Mass.

Within six years of launching his business career, Tufts had patented and begun to manufacture in Boston his Arctic Soda Apparatus, the perfection of which had involved much experimentation. He disposed of his drug-stores in order to concentrate on this new venture. Phenomenally successful, he ultimately sold more soda fountains than all of his competitors combined. The firm of James W. Tufts also produced a complete line of soda fountain supplies, including extracts. Italian marble and silver-plated fixtures were used in the elaborately constructed fountains, one of which Tufts displayed at the Philadelphia Centennial Exposition. As a by-product of the silver-plating process, he designed and sold silver-plated pitchers, dolls, dishes, and the like. In 1891 his firm merged with the three largest manufacturers in the United States to form the American Soda Fountain Company, of which Tufts remained president for the rest of his life. A genuine interest in the lot of his workers prompted him to build, in Charlestown in 1890, the model tenements known as the Bunker Hill Terraces and to establish the next year the James W. Tufts Mutual Benefit Association in his Boston factory. He was an early supporter of the nine-hour working day.

About 1880 Tufts's health, which had never been robust, began to be impaired by the demands of his business, and he started traveling in the winter to places like Bermuda and Florida. He was troubled by the thought that most working-class New Englanders could not afford such long trips. On returning from one of his journeys he joined with Edward Everett Hale, the author and Unitarian minister, in forming the Invalid Aid Society for the purpose of founding a community where semi-invalids could go for recuperation and rest. Tufts declined the presidency of this organization, however, deciding instead to undertake the project alone. At that juncture Benjamin Asbury Goodridge, a Bostonian who had frequently wintered in Southern Pines, N.C., spoke persuasively to Tufts about the potential of the Sandhills area. In June 1895 Tufts visited Southern Pines, founded several years earlier by John T. Patrick as a health resort. Patrick took him on a tour of the Sandhills, giving him an opportunity to survey a tract of land in Moore County owned by the Page brothers of Aberdeen. In an interview with Henry A. Page on 21 June, he learned that he could buy 5,000 acres of this land for a dollar an acre. Tufts was agreeable to the transaction, and the first transfer was made the next month. Work on clearing the land started at once. In Boston Tufts consulted landscape architect Frederick Law Olmsted, who drew up plans for a village. As public buildings, cottages, and the Holly Inn were built, Olmsted's associate Warren H. Manning supervised the planting of the first of some 222,000 trees and shrubs. By January 1896 streets had been graded, electricity and a telephone system had been installed, the Holly Inn had been opened, and an electric railroad to Southern Pines had been largely completed in order to link the village with the Seaboard Airline Railway. Pamphlets describing the mild climate of the region, the attractive features of the new community, and the advantages for invalids on small incomes were circulated in New England. The location was ideal, for it could be easily reached by people who had neither the time nor the money to go as far as Florida. In November 1895 Tufts succinctly summed up his objective: "My work is of semiphilanthropic character, yet I desire it to appear in the light of a business venture enterprise."

Local people originally called the new community Tuftown, and there were several changes—Pinalia, Sundalia, Pine-alia—before the name Pinehurst was adopted. The idea of a health resort soon gave way to one of a recreation center as Tufts came to appreciate the growing popularity of golf in the United States. In 1897 a nine-hole golf course was built under the direction of D. LeRoy Culver. A small clubhouse was added, and for two seasons John Dunn Tucker served as the golf professional. In December 1900 the well-known Scottish golfer Donald J. Ross arrived in Pinehurst to take charge of all matters pertaining to the sport. The Carolina Hotel, which remained for many years the largest hotel in North Carolina, opened in January 1901. Since the turn of the century Pinehurst and golf have been synonymous, and the village founded by Tufts came to rank as one of the major winter resorts in the United States.

Tufts belonged to the Republican party and to the Unitarian church. He was a director of the North End Union, a vice-president of the Training Field School Association, and a member of the Twentieth-Century Club and the Lend-a-Hand Society of New England; he also held many other positions of trust. On 30 Oct. 1862 he married Mary Emma Clough, the daughter of Samuel and Martha Ayer Clough of Medford, Mass., by whom he had three sons and one daughter. He died of heart failure in his apartment at the Carolina Hotel and was buried in the family plot in Oak Grove Cemetery, Medford.

A portrait of Tufts owned by a grandson, Richard S. Tufts of Pinehurst, reveals a man of short stature and medium build with brown eyes and hair; typical of the times, he wore a full beard. For many years he faithfully kept a diary that provides insights into his social consciousness and philanthropic bent. Tufts's extensive papers are located in the archives wing of Given Memorial Library, Pinehurst.