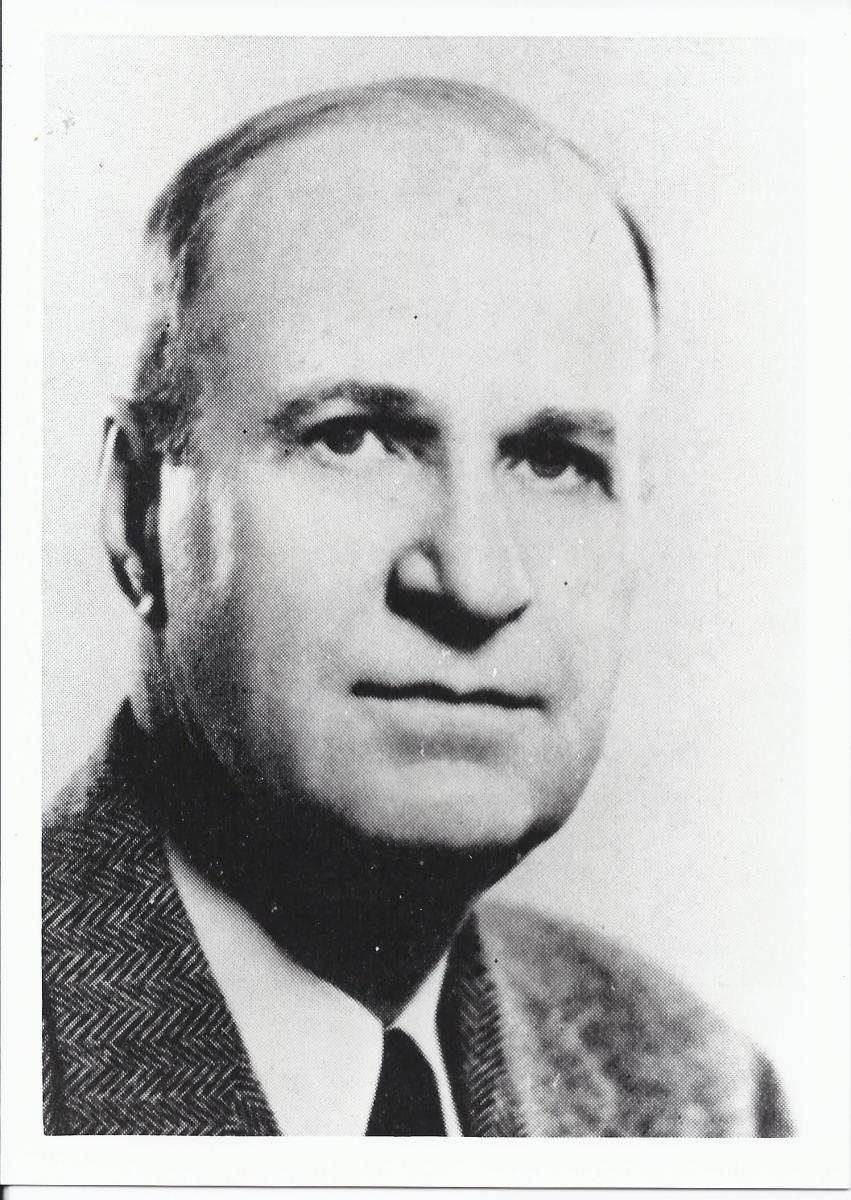 Charles Gildersleeve Vardell, music educator and composer, was born in Salisbury, the only son of Charles Graves, a Presbyterian minister, and Linda Lee Rumple Vardell. He grew up in Red Springs, where his father founded and was the first president of Flora Macdonald College. From his mother, who was an accomplished pianist, a graduate of the New England Conservatory of Music, and dean of music at Flora Macdonald, he inherited his musical aptitude, and from her he received his first piano instruction. Awarded an A.B. degree from Princeton University in 1914, he spent the next two years at the Institute of Musical Art (now the Juilliard School), in New York City, where he studied harmony and composition under the renowned Percy Goetschius and piano under Herbert Fryer. He received a piano diploma in 1915 and the artists and teachers diploma in 1916 with highest honors. Vardell was master of music at the Hotchkiss School (Lakeville, Conn.) in 1916–17 and, during World War I, YMCA secretary at Fort Oglethorpe, Ga., in 1918. In 1919 he returned to Red Springs, N.C., as dean of music at Flora Macdonald College.

In 1923 Vardell moved to Winston-Salem to head the piano department at Salem College. He taught at The University of North Carolina during the summers of 1926 and 1927 and at Cornell University during the summer of 1930. From 1928 to 1951 he was dean of Salem's School of Music, which he developed from a small department into an outstanding school whose graduates, all of whom had at least one course under the dean, performed so well in their profession that they brought national recognition to the college. Vardell's fine, innate musicianship and scholarship combined with enthusiasm and a genial personality caused him to excel as a teacher of piano and organ and to inspire his many students, who eagerly looked forward to their individual lessons. He himself continued to perform as piano recitalist, as accompanist, and as organist-choir director first at Reynolds Presbyterian, then at the First Presbyterian, Home Moravian, and Centenary Methodist Churches in the city. Active in community musical movements, he sat on the board of directors of the Winston-Salem Symphony, the local Civic Music Association, and the Arts Council. While living in Winston-Salem he was president of the North Carolina Music Teachers Association; he served a term as regional vice-president of the National Association of Schools of Music and for many years was a member of its Commission on Curricula. A member of the American Guild of Organists, he earned the associate degree (AAGO) during his first years in Salem.

Vardell spent the academic year 1937–38 in residence at the Eastman School of Music (Rochester, N.Y.), from which he received an M.A. (1938) and a Ph.D. in composition (1940). He wrote his "Carolinian" symphony while at Eastman, where it was introduced on 28 Apr. 1938 at the Festival of American Music; the work was performed by the Philadelphia Symphony in 1940. Vardell's thesis was a composition for orchestra, "Nocturne Picaresque."

In 1951 Vardell returned to Flora Macdonald as dean of the Music Conservatory. He became president of the college in 1959, the year before it merged with Presbyterian Junior College to form St. Andrews in Laurinburg. He was a key figure in smoothing the transition, and it was his special task to plan the School of Music, of which he served as dean from 1960 until his death.

Vacations at Blowing Rock each summer from early childhood fostered Vardell's lifelong interest in North Carolina versions of the early English ballads and folk tunes that had been preserved for over two centuries in the isolation of the mountain region. These songs and their modal harmonies formed the basis for many of his compositions. Vardell was a pioneer in the movement among American composers to use their native tunes, yet he was also a product of his time. His compositions use harmonic progressions and orchestral color that were modern when he was writing. His remarkable gifts of improvisation at the keyboard were thoroughly enjoyed by his audience during college convocations or club programs.

Vardell won the Shirley cup for music composed by North Carolinians in 1921, 1923, and 1926, which gave him permanent possession of the cup. Among his published works are a Concert Gavotte (piano), 1924; "Dark Days or Fair" (song), 1926; "The Inimitable Lovers" (cantata), 1928; Christmas Evocation (anthem), 1932; "Joe Clark Steps Out" (a short symphonic sketch that has proved a favorite with many orchestras and has been recorded by the Eastman-Rochester Symphony, Howard Hanson conducting), 1937; "Song in the Wilderness" (a cantata about the early Moravians in North Carolina with the poem by Paul Green), 1947; and "Lullaby in the Manger" (anthem), 1950. Many of his works, including his "Carolinian" symphony, remain unpublished; all have been placed in the Charles G. Vardell Collection at the Moravian Music Foundation (Winston-Salem), and scores and parts are available from the foundation.

On 16 June 1920 Vardell married Eleanor Matilda Ferrill, a singer and musician in her own right. Their children were Margaret Ferrill (Mrs. Clemens Sandresky) and Julia Eleanor, who died in infancy. An outstanding composer, Margaret V. Sandresky continued her family's musical heritage.

Vardell was an elder in the First Presbyterian Church, Winston-Salem. He was a member of the Winston-Salem Torch Club and of the Rotary Club in Red Springs and Laurinburg. The music building at St. Andrews College is named Vardell Building in honor of his family. Vardell died in the hospital in Winston-Salem and was buried in Salem Cemetery. His portrait hangs in the Fine Arts Building at Salem College, and there are numerous photographs of him in the Winston-Salem Journal-Sentinel newspaper archives.

Suiter, Philip Kevin, Paul Green, and Charles G. Vardell. 2001. Charles Gildersleeve Vardell (1893-1962): a survey of his life and works with a stylistic analysis and performance edition of Christmas prayer for a nation at war: a cantata for women's voices (1943). Thesis (D.M.A)--University of North Carolina at Greensboro, 2001. https://www.worldcat.org/title/charles-gildersleeve-vardell-1893-1962-a-survey-of-his-life-and-works-with-a-stylistic-analysis-and-performance-edition-of-christmas-prayer-for-a-nation-at-war-a-cantata-for-womens-voices-1943/oclc/48765401 (accessed June 24, 2014).