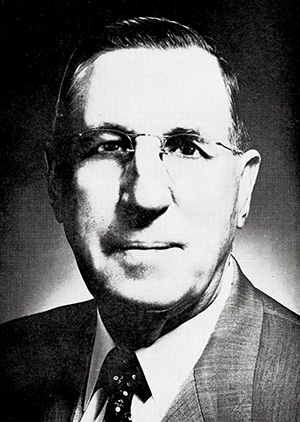 Zeno Wall, Sr., minister, World War I chaplain, and college president, was born in Mooresboro in eastern Rutherford County near the Cleveland County border. One of eleven children of Sidney F., a carpenter, and Elora Jane Robinson Wall, he attended Mars Hill College and the Southern Baptist Theological Seminary before his ordination to the ministry in 1908. In 1917 he was awarded the honorary doctor of divinity degree by Mississippi College, Clinton.

His first pastorate was at Marshall, N.C., in 1908–9. From 1911 to 1914 he was pastor of the Mount Olive, Mississippi, Baptist Church. For twelve months in 1914–15 he served as an enlistment secretary with the Southern Baptist Missionary Board. In 1915 he became pastor of the First Baptist Church in Columbus, Miss., where he remained until 1922. There he began a close association with Mississippi College. Between 1916 and 1921 he was secretary of the board of trustees of the college and treasurer of the Baptist board of ministerial education of Mississippi, except for the time he served as a chaplain with the 140th Field Artillery during World War I (1917–18).

In 1922 the Reverend Mr. Wall returned to North Carolina as pastor of the First Baptist Church in Goldsboro. In 1925 he moved to the First Baptist Church in Shelby in his native county. The church had a membership of 600, but when he left in 1948 there were 2,600 members, making it one of the five largest of its denomination in the state. During the years 1933–36 he was president of the North Carolina Baptist State Convention. He left Shelby to become superintendent of the Baptist Children's Home in Thomasville (1948–51). In 1952 he began an unusual ministry at the Elizabeth Baptist Church, near Shelby, where he was invited to preach for five Sundays. Instead, he remained for five years during which the congregation erected a new building.

Soon after going to Shelby in 1925, Wall became concerned about the status of Boiling Springs High School, which had been established in the county in 1905 as a private denominational school financed largely by the Kings Mountain, Sandy Run, and Gaston Baptist Associations. The development of a system of public high schools in the state caused it to lose support, and the trustees were concerned about how to maintain it. Under Wall's leadership the board recommended to the sponsoring associations that the high school be made a junior college beginning with the 1927–28 academic year. The first president remained for only a brief time, and then Wall assumed charge–without a salary. He helped the school to become established and to fill a need in the region. In time Boiling Springs Junior College evolved into Gardner-Webb College, an endowed four-year institution. After his initial service to the college, Wall retired but afterwards filled many engagements as interim pastor.

In 1919 a sermon that the young Wall preached before the faculty and student body at the Southern Baptist Seminary in Louisville, Ky., was published in pamphlet form; similarly, another one preached at the First Baptist Church in Goldsboro was brought out in 1922. A collection of his sermons, Heartening Messages, appeared in book form in 1944. He was the author of two other books: Verities of the Gospel (1947) and A Day for God-Called Men (1948).

On 4 May 1911 Zeno Wall married Ada Katherine Ramsey of Marshall. They had five children: Zeno, Jr., Mrs. Ollie Harris, Mrs. Walter Fanning, Woodrow Wilson, and Yates. He died at a nursing center in Charlotte and was buried in the Elizabeth Baptist Church cemetery in Cleveland County.

Dr. Zeno Wall was my great

Dr. Zeno Wall was my great grandfather. Most of my memories of him were developed when I was very young. I remember that he was an imposing man, with wire rim glasses. For me, he will always be true representation of a Baptist minister. Watching him writing at his desk, in a white shirt, tie, vest, and wearing a gold pocket watch. I read of his many accomplishments with admiration. From growing the First Baptist Church in Shelby from 600 to 2600 to the founding of Gardner-Webb College. As a minister, he was known for his generosity and compassion. He was/is the foundation of my Christian values. I am proud to be his great grandson.