James Edwin Webb, administrator of the National Aeronautics and Space Administration and other federal agencies, corporate executive, management expert, and attorney, was born in Tally Ho, near Stem in southwestern Granville County, the second child and first son of five children of John Frederick and Sarah Edwin Gorham Webb. His father was a teacher and then superintendent of the Granville County schools for twenty-six years (ca. 1907–34). Webb's first paternal American ancestor of record was James Webb (1705–71) of Essex County, Va. A Phi Beta Kappa graduate of The University of North Carolina, John Webb was a strong believer in education; four of his children (including James) also were graduated from Chapel Hill, and the fifth finished her studies at the state woman's college in Greensboro. Such a highly educated generation of siblings was uncommon in 1920s North Carolina. 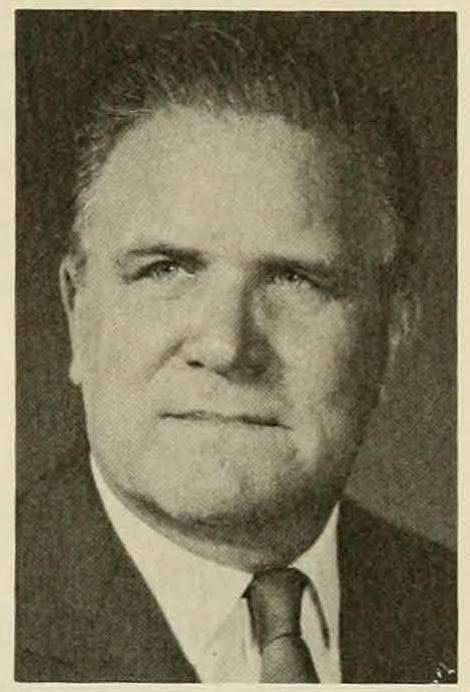 Completing his secondary education at Oxford High School in 1923, James enrolled in the university at Chapel Hill. For financial reasons he interrupted his studies in 1924 to spend a year in the accounting department and as secretary to the president of R. G. Lassiter Construction Company in Raleigh. He returned to Chapel Hill in 1925 and was graduated in 1928 with a degree in education. For the next year he was secretary of the Bureau of Educational Research in The University of North Carolina's education department. In 1929 he became a legal clerk and stenographer for a small Oxford, N.C., law firm. After a year, he enlisted in the Marine Corps Reserve, learning to fly at the Pensacola Naval Air Station in Florida and becoming a second lieutenant and naval aviator in 1931. He spent a year on active duty at Quantico, Va., and then moved to Washington in 1932 as secretary to longtime Tar Heel congressman Edward W. Pou of Johnston County.

While working for Pou, the energetic Webb continued his flying activity as a Marine reserve officer and began studying law at night at George Washington University. From 1934 to 1936 he was an assistant in the Washington law office of former North Carolina governor O. Max Gardner. At the time Gardner was general counsel to the Aeronautical Chamber of Commerce of America, a trade group of airlines and aircraft manufacturers; this situation gave Webb substantial insight into the developing aviation industry.

After graduation from law school and admission to the District of Columbia bar in 1936, Webb moved to New York to become assistant to the president and personnel director of the Sperry Gyroscope Company. In five years he became vice-president. During much of the period Sperry worked under some 1,800 contracts to produce a great variety of complex scientific equipment for the military buildup of World War II. The company had over 30,000 employees, and Webb, while not a scientist per se, worked with engineers and researchers as well as accountants and general managers throughout the concern. At the same time he continued his interest in aviation, serving in 1938 with a group aiding the Department of Commerce to establish federal airways as well as in several professional aviation associations. The same year he married Patsy Aiken Douglas, of Washington, with whom he had two children and a union lasting until his death fifty-three years later. In 1943 Webb applied for active duty in the Marine Corps; by war's end he was commander of the First Marine Air Warning Group, which was developing night uses for radar in military aviation at Cherry Point, N.C.

After the war Webb briefly rejoined O. Max Gardner's law firm in Washington and in 1946 became executive assistant to Gardner when the latter was appointed under-secretary of the U.S. Treasury. In the same year President Harry S Truman, at Gardner's suggestion, named Webb, a Democrat as well as a highly competent administrator, director of the Bureau of the Budget. For three years he supervised preparation of the federal budget and was a principal adviser to the president on organization and management of the executive branch. He simplified federal statistical control systems, guided a study of federal research that helped spawn the National Science Foundation, assisted in updating accounting procedures, and coordinated executive cooperation with the Hoover Commission to improve governmental efficiency. Truman next made Webb undersecretary of state, where Webb reorganized the 20,000 members of the Department of State along recommendations of the Hoover Commission and maintained direct overall supervision of the global agency.

In late 1952, when the Democrats vacated the White House for the first time in twenty years, Webb moved to Oklahoma City to head the Republic Supply Company from 1953 to 1958. There he plunged into the petroleum industry, becoming a leader in trade organizations, director and assistant to the president of Kerr-McGee Oil Industries (the company of Senator Robert Kerr), and a key player in local civic and business groups. Among his many public service activities in the 1950s, he was at various times regional vice-president of the National Municipal League, director of the Oak Ridge Institute of Nuclear Studies, and a member of various advisory committees for George Washington and Harvard Universities, the Massachusetts Institute of Technology, and Oklahoma State University. He also was a member of the executive committee of the U.S. Committee for the United Nations, the National Advisory Cancer Council of the U.S. Public Health Service, and several national groups of citizen consultants advising the federal government on particular issues. Near the end of the decade Webb devoted about one-third of his time to business activities and two-thirds to public service work. He was president and parttime executive officer of Educational Services, a nonprofit corporation set up by the National Science and Ford Foundations to improve physics in high schools. About 1960 he returned to Washington to chair another Ford Foundation venture, the Municipal Manpower Commission, to devise ways to attract able young people to local government service.

In early 1961 the Democrats reentered the White House, and Robert Kerr of Oklahoma succeeded Lyndon Johnson as chairman of the Senate aerospace committee. Kerr recommended that Webb be named director of NASA, a growing federal agency founded in 1958. Reportedly reluctant, Webb accepted and used his management skills and political sophistication to accelerate the rise of NASA into a major federal agency that came to include some 35,000 government employees working with an additional 400,000 or so people in 20,000 contracting companies. NASA became a rare federal agency popular with both Congress and the public, and Webb used his myriad administrative skills and legendary mastery of detail to keep it on course. That course, announced by President John Kennedy in late May 1961 shortly after the Soviet Union triumphantly launched the first manned space flight (it had sent up the first unmanned satellite in 1957), was to put an American on the moon by 1970.

Webb and Secretary of Defense Robert McNamara secretly had advised Kennedy that men in space would capture the world's fancy and, despite likely marginal or nonexistent economic justification, greatly enhance American prestige. Many scientists felt that the nation had a good chance to reach the moon first, and the president, Congress, and Webb's NASA went to work. In July Congress doubled the agency's budget, and within a few years NASA spent $5 billion annually. When Webb established the Apollo (moon mission) command center in Houston, NASA began development of liquid fuel booster rockets, unmanned probes to the moon, and a lunar auto or rover. North American Aviation won the prime Apollo contract in late 1961.

In January 1967 three astronauts died in an Apollo space capsule on a launch pad during a rehearsal for the first launch. The resultant Senate investigation included much criticism of NASA and North American's receipt and handling of the contract. NASA's internal examination had ignored a key document of its own making, and the agency contracted with Boeing and Martin Marietta to get Apollo moving again. Congress reduced NASA's budget for 1967 and 1968. Warning that the Soviets might surpass America in space, Webb criticized the budget cuts and resigned in late 1968. Yet the major program he had begun went on successfully, and in July 1969 an American astronaut became the first man on the moon. Possibly more admired than loved at NASA, Webb had a reputation for able management, stubbornness, and a seeming delight in keeping his staff partly off balance—in his words, "planned disequilibrium." A celebrity of modesty, he rarely appeared at NASA's rocket launches and returned his government limousine to ride around Washington in a black Checker cab.

On leaving NASA, Webb returned to the payroll of Kerr-McGee Oil Industries for another decade and was a public-spirited, active director of the National Geographic Society and regent of the Smithsonian Institution for many years. For the final decade of his life he suffered from Parkinson's disease; he died at age eighty-five of a heart attack at Georgetown University Hospital in Washington.

Webb was the author of such works as Governmental Manpower for Tomorrow's Cities (1962), Space Age Management (1968), and Management Leadership and Relationship (1972). A Presbyterian, he retired as a reserve lieutenant colonel in the Marine Corps. He received honorary degrees from thirty-two colleges and universities including Chapel Hill, Duke, Wake Forest, Syracuse, and Notre Dame. Among his many honors and awards were the Silver Buffalo from the Boy Scouts; the Presidential Medal of Freedom; state awards from North Carolina and Oklahoma; and major awards and / or medals from NASA, the Smithsonian, the National Geographic Society, and the U.S. Military Academy.

Hugo Young and others, Journey to Tranquillity (1969).

United States. 1970. The provide for the appointment of James Edwin Webb as Citizen Regent of the Board of Regents of the Smitsonian Institution: report (to accompany H.J. Res. 1098). Washington, D.C.?: U.S. G.P.O. https://www.worldcat.org/title/to-provide-for-the-appointment-of-james-edwin-webb-as-citizen-regent-of-the-board-of-regents-of-the-smithsonian-institution-report-to-accompany-hj-res-1098/oclc/33987892 (accessed June 13, 2014).