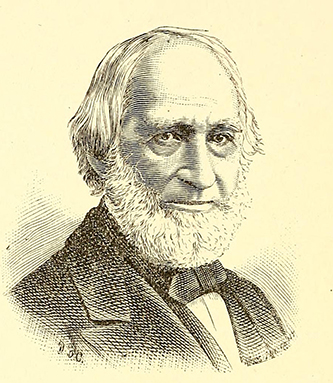 Alfred Williams, businessman, was born in Franklin County to John (d. 1821) and Nancy A. Williams. He was the grandson of Jesse Williams and the great-grandson of Thomas Williams of Northampton County. At sixteen Alfred moved to Raleigh and worked as a clerk in the drugstore of Randolph Webb; at twenty-two he bought Webb's interest and became sole owner. In 1827 Dr. Fabius J. Haywood, a prominent Raleigh physician, was admitted to partnership and the firm became Williams and Haywood. For more than sixty years Williams and Haywood, with different names after Williams's withdrawal in 1851, continued as one of the state's leading drugstores. Williams was clerk of the Wake County Superior Court from September 1835 to September 1841 but thereafter did not seek reelection. In 1836 he purchased land in Alabama and for thirty years made annual inspection tours of that state's farming operations. In 1854 he began a new career by forming a copartnership in dry goods with Thaddeus McGee; the company of McGee and Williams remained operative for eight years and closed because of the Civil War.

In 1867, in the seventy-fifth year of Raleigh's history, Williams established a book-selling and publishing house at a site on the second block of Fayetteville Street. (Earlier booksellers in the city had been Joseph Gales, editor of the Raleigh Register, and Elijah Weems.) By 1883 the Alfred Williams Company published a magazine for teachers, North Carolina Teacher, as a private venture. For decades the company sold chalk, blackboards, office equipment, and textbooks. By 1911 the textbook business had become so brisk that the North Carolina School Book Depository was formed from the company and remained in Raleigh for many years. In 1878 Williams was one of the incorporators in the Articles of Incorporation of the Peace Institute of Raleigh. He retired in 1888.

In 1829 Williams married Eliza Caroline King (1810–29 Jan. 1832), the daughter of Mary Ann Cummings and Benjamin Seawell King, one of Raleigh's leading merchants and clerk of the superior court from 1814 to 1835. Her grandfather, John King, a native of England, was one of the pioneer Methodist clergymen in America. Alfred and Eliza had only one child, Lucy Ann (18 Dec. 1829–1920), who in 1850 married Dr. E. Burke Haywood, a prominent Raleigh physician. The Haywoods had nine children: E. Burke, Jr. (banker and planter), Alfred Williams (lawyer and manufacturer), Hubert (physician), Eliza Eagles (m. P. L. Bridgers of Wilmington), Ernest (lawyer), Edgar (bookseller and publisher), John (cotton dealer), and Eugene and Carolina Frances, both of whom died in infancy. In July 1850 Alfred Williams married Mrs. Sarah A. Jones Stone, the widow of David W. Stone; they had no children.

In 1895 Alfred Williams's grandson Edgar Haywood and his grandnephew Alfred William II, a namesake who moved from Hamilton, Ga., to Raleigh about 1886 at Alfred Williams's invitation, assumed leadership of his company. After Haywood's death in 1924, operations were directed by the founder's grandnephew and his two sons, Alfred Williams III (b. 1900) and B. Grimes Williams (b. 1902). Following their father's death in 1937 Alfred III and B. Grimes took over the company's management. Alfred III's sons, Alfred IV and Murray, became the fourth generation of leaders of the firm. In 1936 the company ceased book publication. In 1960, after ninety-three years on Fayetteville Street, the company moved to 705 Hillsborough Street, where it became a complete office outfitter (furniture, machines, and supplies). Alfred III retired in 1960 and B. Grimes in 1958.