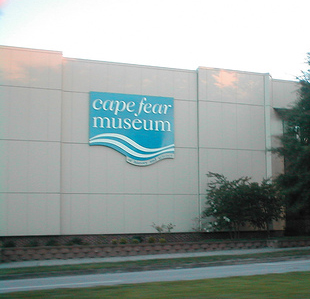 The Cape Fear Museum in Wilmington began as the Confederate Museum, started by the Wilmington chapter of the United Daughters of the Confederacy in 1898. It was originally located in a room on the second floor of the Wilmington Light Infantry armory building. During World War I, space in the armory was in demand, so in 1918 the collection was moved for safekeeping and placed in the care of Frederick A. Olds in Raleigh, where it was displayed in the Hall of History (forerunner of the North Carolina Museum of History). After the war ended, the New Hanover Historical Commission worked through the 1920s to have the collection returned to Wilmington. In 1929 their efforts were rewarded. Stewardship changed hands from the United Daughters of the Confederacy to the North Carolina Sorosis, a local women's group, which secured the use of the second floor of the New Hanover County Courthouse Annex for the museum. The group broadened the collection to include artifacts related to regional and maritime history and established Wednesday afternoons as the regular time for 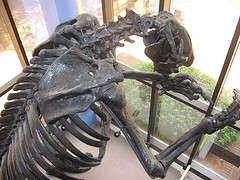 public visitation of what became known as the New Hanover Museum.

By the early 1960s, the museum needed larger quarters. Its fourth home became the third floor of the city police station, and a grand opening was held in 1963. The first professional director was hired, and the museum's name was changed to the Wilmington-New Hanover Museum. The museum continued to grow in the late 1960s, and the collection was moved to the National Guard Armory building in 1970. In 1979 the museum's first clear-cut mission statement-"to make available to the public the history, natural history, and culture of the Lower Cape Fear area through interpretive exhibits and educational programs"-was adopted. Eight years later New Hanover County voters approved a $4.2 million bond referendum to increase the museum's space from 12,750 square feet to approximately 42,000 square feet. The long-term exhibition "Waves & Currents," designed by Ralph Applebaum & Associates of New York City, was part of the project.

The museum, renamed the Cape Fear Museum, opened on 17 Jan. 1992. Its continuing mission is to preserve and interpret southeastern North Carolina's human and natural history. The Michael Jordan Discovery Gallery, named for the lead donor and Wilmington-born basketball star, opened in 1995 to allow children and families to explore the ecology of the Lower Cape Fear region.