by Kirstin Reimer and George-Anne Willard, 2006 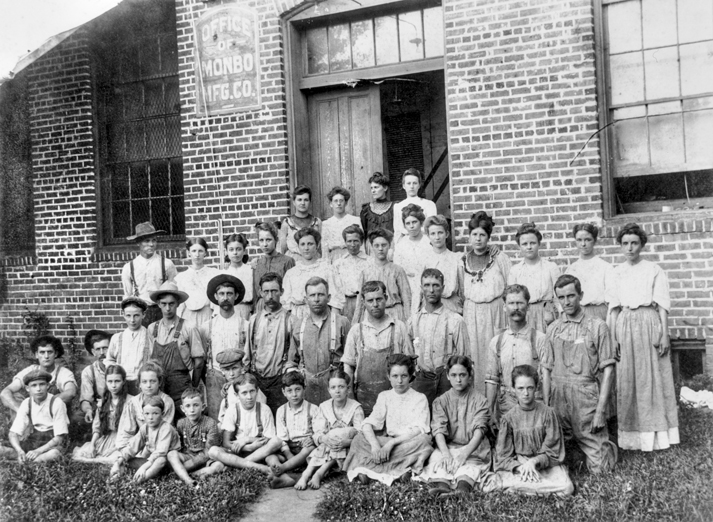 North Carolina children have worked, often alongside their parents, on family farms or elsewhere since colonial times. As the South industrialized, children began to leave home to find work in factories and mills. By 1900, 25 percent of all southern mill workers were between the ages of 10 and 16; even younger children worked in the state's textile mills. The so-called street trades employed large numbers of boys in North Carolina cities. A 1918 study found that many African American boys as young as 9 were working at shoeshine stands, acting as barkers to aggressively procure customers. Boys also delivered orders for drugstores and department stores, and many older boys (aged 14 to 16) worked as messengers for companies such as Western Union.

By far the most common street trade was selling newspapers. "Newsies" got up before dawn to pick up the papers they hawked on street corners, in hotel lobbies, and outside train stations. (Asheville author Thomas Wolfe delivered newspapers as a child for his older brother Fred, who supervised a group of young boys peddling the Saturday Evening Post in the early 1900s.) Both boys and girls worked as servers, busboys, and counter help in restaurants and ice cream parlors, often spending long hours on their feet and sometimes until very late at night.

Statistics from the 1900 census indicate that North Carolina mills employed more children between the ages of 10 and 15 than any other mills in the United States, and half of the state's mill-family children were illiterate. When the North Carolina Child Labor Committee was organized in 1906, only one child labor law had been passed in the state. The 1903 statute included only those provisions sanctioned by mill owners: no child under 12 could work in a mill, and no one under 18 could work more than 66 hours a week. There were no restrictions on night work, and no provision was made for enforcement of the law.

The state Child Labor Committee was a volunteer organization that campaigned for ten years (1906-16) to inform public opinion and to obtain regulatory legislation to protect the health and welfare of young textile factory workers. For most of that time, Clarence H. Poe served as chairman. Reflecting the humanitarianism of the progressive reform movement, the committee was composed of individuals who were interested in the child labor issue from a moral and educational perspective. The committee achieved limited progress in advocating for legislative restrictions on child labor: the maximum workweek was reduced from 66 to 60 hours, no child under 16 could work at night, and no child under 13 could be employed in the mills, although 12-year-olds could work in an "apprenticeship capacity." The organization was unsuccessful in raising the minimum age to 14 and in obtaining measures for effective enforcement of factory inspections, as North Carolina's child labor regulations continued to lag behind those of most states. 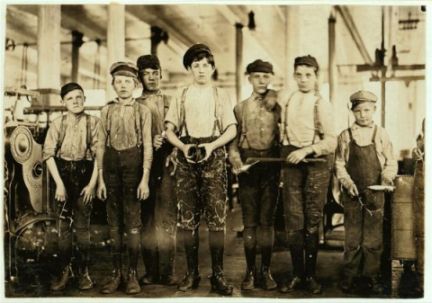 By 1916 the Child Labor Committee had been absorbed into a larger social reform organization, the North Carolina Conference for Social Service (formed in 1912-13). The broader campaign against illiteracy, led by Governor Charles B. Aycock and others, resulted in a 1913 law making school attendance compulsory at least four months of each year for all children between the ages of 8 and 12. Meanwhile, organizations such as the National Child Labor Committee, founded by reformers Alexander J. McKelway of North Carolina and Edgar Gardner Murphy of Alabama, lobbied Capitol Hill for a National Child Labor Reform Law. Although Congress first considered the issue in 1906, it did not pass legislation until 1916, when the Owen-Keating Bill established a minimum age requirement of 14 years by closing interstate and foreign commerce to the products of child labor.

Some business leaders in North Carolina and other southern states accused reformers of using child labor laws to sabotage the South's economic recovery. They claimed that white sharecroppers and tenant farmers had a better life in the mills than they did trying to survive on worn-out land. Manufacturers argued before Congress that children had to be taught how to spin at a young age for the industry to maintain a skilled labor force. In western North Carolina, one of the most important textile districts in the United States, mill owners maintained that the 1916 law prevented them from meeting the demands of their customers.

On 3 June 1918 the U.S. Supreme Court, in a five-to-four decision, declared the Owen-Keating Bill unconstitutional because it did not represent a legitimate exercise of congressional power. Although the ruling was a major setback for child advocates, the case did elevate the issue to the national political arena. Twenty years later, in 1938, passage of the federal Fair Labor Standards Act (FLSA) marked the beginning of effective child labor reform. The FLSA and subsequent amendments, which remain in effect today, established legal standards for wages, hours of employment, and occupations for working-age children (those 14 and older).

In 1979 the North Carolina legislature enacted the Wage and Hour Act (WHA) authorizing additional measures governing child labor. By the early 2000s, labor laws stipulated a variety of controls that applied to nonagricultural occupations for children under age 18. Generally, however, as children moved from ages 14 to 18, employment regulations, including working hours, became less restrictive. On the other hand, occupations that were hazardous or "detrimental to the health and well-being" of youths were banned. In this category were practically all manufacturing jobs involving power-driven tools or equipment, such as woodworking, saw mining, coal mining, and meat packing, as well as jobs that required operating motorized vehicles. Among acceptable occupations for 14- and 15-year-olds were office work, cashiering, bagging groceries, and stocking shelves. Restrictions on the total number of working hours-during the school year and the summer months as well as for youth employment generally-were also covered by FLSA and WHA regulations.

Child Labor in the Cotton Mills: Stories of the American South, UNC: http://www.lib.unc.edu/stories/cotton/about/reform3.html

Children are well represented in this photograph of the employees of a textile mill at West Monbo in Catawba County, ca. 1913. North Carolina Collection, University of North Carolina at Chapel Hill Library.

I feel s sorry for these kids

I feel s sorry for these kids.

very good information about this photo