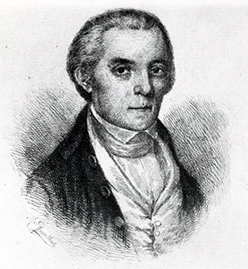 The Council of Safety was created as an interim government by North Carolina's Fourth Provincial Congress, which met at Halifax in April and May 1776. In the absence of a permanent government created by a state constitution-which the congress had, as yet, failed to adopt-the Council of Safety would execute "full power and authority" over the defense, judiciary, and taxation of the province and lay the foundation for the Fifth Provincial Congress, which would be expected to draft a constitution.

The Council of Safety was staffed by a number of North Carolina's most respected political figures, including Cornelius Harnett, Samuel Ashe, Willie Jones, Samuel Johnston, Whitmill Hill, Thomas Eaton, Thomas Person, John Rand, Hezekiah Alexander, and William Sharpe. These men overcame their political differences in order to work together to handle the immediate crisis and to prepare the way for a new form of government. Harnett was elected unanimously as the first president of the council, and Ashe and Jones followed in succession. To make the councilmen accessible to as many people as possible, meetings took place at different sites, including the towns of Wilmington, Halifax, and Salisbury and Wake County.

Much of the Council of Safety's time was devoted to defense matters. British warships off the coast, aggressive Loyalists, former Regulators, and warring Cherokee Indians all threatened to overwhelm the nascent government. Other problems sapped the strength of the councilmen and took valuable time from the more important work of fielding and supplying military units. In general, the council successfully managed most conflicts and maintained order in the state.