"Creed of a Rioter" 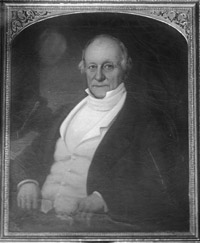 "Creed of a Rioter" was a political essay penned by James Iredell in the fall of 1776. Iredell's earlier essays had attacked Britain's wrongdoings in dealing with the American colonies. The colonies, including North Carolina, had already entered the war for their independence from Great Britain when internal Whig politics intruded briefly on the effort. Samuel Johnston, Iredell's law teacher and brother-in-law and a strong revolutionary leader, had lost his bid for a seat in North Carolina's Fifth Provincial Congress (November-December 1776) by political opponents who had labeled him a Tory.

Johnston's defeat led to what is considered the most caustic script ever to drip from Iredell's busy quill. 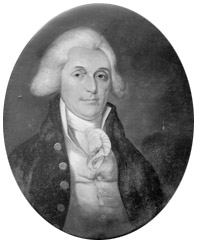 Writing under the pseudonym of "A Rioter," Iredell flayed Johnston's extremist detractors even more harshly than he had the British government. They were sworn enemies to all gentlemen, he claimed, possessing neither honor nor virtue. Neglect of mental prowess, in their view, was the surest route to understanding; and the most ignorant in appearance were in fact the most knowledgeable. Iredell argued that these fanatics found the public interest too troublesome to attend to, considered the property of others theirs if at all useful to them, and confidently viewed their own opinions as beyond reproach. The thought that a person might function from virtue alone was so foreign to them, Iredell asserted, that they would consider one so acting a madman.

Figuratively donning the garb of such a "rioter," Iredell concluded: "I think that man alone a Whig, who has sagacity enough to mind his own interest, resolution enough to plunder his neighbors, who views the storm coolly at a distance, and discovers his principles by getting honestly drunk and abusing gentlemen."

The episode reflected the way American political fervor sometimes diverted its citizens from the fight for independence. Iredell soon refocused on that struggle with his essay "To His Majesty George the Third, King of Great Britain, & c.," which contains copious facts and arguments vindicating the American Revolution.

"Creed of a Rioter." ANCHOR. https://www.ncpedia.org/anchor/creed-rioter