The Enfield Riots were the culmination of protests in eighteenth-century Edgecombe, Halifax, and Granville Counties 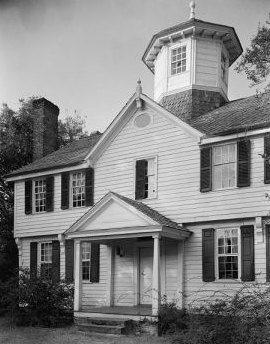 against land agents in the Granville District. While the Crown governed the territory as part of the province of North Carolina, Robert Earl Granville, heir of John Lord Carteret, second Earl Granville, possessed land rights in the district. From the creation of the district until the American Revolution, the Granville District was plagued by controversy over corrupt agents, land grants, titles, and the collection of quitrents. During the 1750s protests were centered in Edgecombe and Granville Counties, demonstrating North Carolinians' growing dissatisfaction with the royal government.

A December 1758 report of a committee of the North Carolina Assembly that investigated complaints from settlers confirmed numerous fraudulent acts by Proprietary surveyors but absolved Granville's principal agent, Francis Corbin, of guilt. Many residents of the district no doubt shared Governor Arthur Dobbs's belief that Corbin had influenced the committee's report. Determined to secure redress of their grievances, a party of 20 to 25 men from Edgecombe, Halifax, and Granville Counties went to Edenton and, on the night of 25 Jan. 1759, kidnapped Corbin and his coagent, Joshua Bodley. They took the two men to Enfield, located in the southern part of the newly created Halifax County. Corbin and Bodley were held for four days and forced to agree to open all land records for public inspection. The captors also demanded that Corbin give bond to appear at the spring term of superior court and sign an agreement promising to refund moneys taken illegally by his agents.

The Enfield rioters were not impoverished tenants; those who have been identified were planters and officeholders. The kidnappers' leader probably was Alexander McCulloh, agent and nephew of Henry McCulloh, whose claim to over 300,000 acres in the Granville District preceded the creation and survey of the earl's Proprietary grant. Although Henry McCulloh and Granville had reached an agreement resolving their conflicting claims, Corbin had issued patents for land reserved for McCulloh.

During a second "riot" in Enfield on 14 May 1759, some participants in the kidnappings who had been arrested and jailed were freed by a mob who broke open the jail. As soon as Earl Granville learned of the kidnapping of Corbin and Bodley, he suspended both men. Although Corbin had strong support in the Assembly, he failed to obtain the conviction of the rioters. The Assembly, already conspiring to secure Dobbs's dismissal, charged that the governor had abetted the rioters and had failed to suppress the violence in the Granville District. Corbin's successor, Thomas Child, quickly allied himself with the Assembly and avoided conflict with local settlers and with McCulloh, who negotiated a new accord with Granville in 1761.