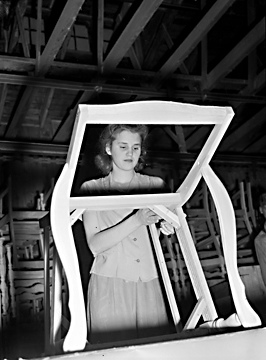 Furniture has been an important product of North Carolina artisans and manufacturers since the early colonial era. The massive success of the industry in the state led to North Carolina's acquiring the nickname "Furniture Capital of the World" during the 1980s, when the state produced approximately one-half of the furniture sold in the United States. While furniture remained a key segment of North Carolina's economy in the early years of the twenty-first century, with more than 600 furniture manufacturers in the state producing in excess of $6 billion in furniture and furnishings and employing nearly 70,000 people, economic and international trade changes in the 1990s and early 2000s resulted in a significant downsizing of the industry.