Part ii: Furniture as Product and Craft from the Colonial Era to the Civil War 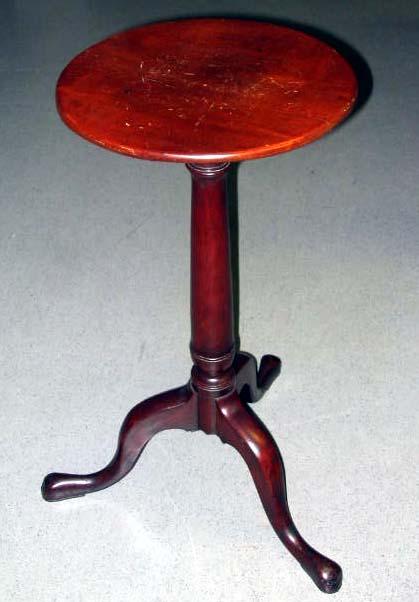 Settlers in colonial North Carolina furnished their dwellings with durable, functional objects that were often self-manufactured or had been brought with them from their previous home. The eastern settlements received a substantial portion of their furniture through the coastal trade from New England, the British Isles, and Europe. Artisans were attracted to the colony as the population increased and could support their work. Most of these cabinetmakers, silversmiths, painters, potters, weavers, and the like were of English ancestry, often immigrating from neighboring colonies, who brought with them knowledge of their respective crafts based on English design. They settled in the Coastal Plain, the Piedmont backcountry, and the Mountains, together with people of German, Highland Scot, Scotch-Irish, African ancestry. Each group made unique contributions to the development of certain furniture design styles that can readily be identified as having originated in North Carolina.

Most of the early furniture was made of woods native to the North Carolina landscape, such as walnut, cherry, cypress, oak, yellow pine, and poplar. Mahogany was popular but had to be imported. Furniture and furnishings in the seventeenth and early eighteenth centuries were primarily functional. The conservative, simple furniture made by the Moravians and Quakers in the North Carolina Piedmont reflected a utilitarian approach to life on the frontier. The coastal regions were the first to develop and support an artisan class, which grew slowly at first. Most first-generation North Carolinians preferred to accumulate land, agricultural equipment, and numbers of enslaved people rather than tangible personal possessions. Early inventories reveal more detailed descriptions of farming equipment than household goods.

North Carolinians generally sought to emulate their British counterparts in the decoration of their furniture and homes. Cabinetmakers and silversmiths produced wares that imitated the neat and plain styles of the English that many people favored. Trade with England brought a variety of consumer goods into the colony as well as style books and fashionable designs. Furniture took on more decorative and artistic qualities as other specialized forms were being produced to provide for the social customs of the day. Special tables, cupboards, and cabinets for the display and serving of tea wares, along with silver flatware and imported china, were found in the homes of the upper and middle classes. 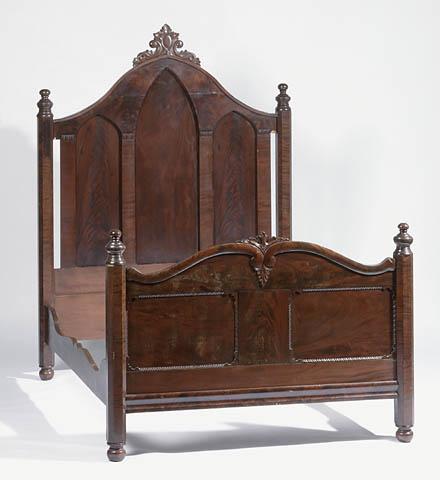 Furniture in nineteenth-century North Carolina did not experience noticeable change until the effects of the Industrial Revolution spread into the state. Britain and France continued to establish decorative trends for furniture and home furnishings, which were then adapted to suit American and southern tastes. Popular design styles for furnishings included late Empire, American Restoration, Rococo Revival, Elizabethan Revival or Cottage Style, Gothic Revival, Renaissance Revival, Eastlake, Art Nouveau, Arts and Crafts, and Colonial Revival. Economic class and geography determined the amount and quality of furniture available. Rural North Carolinians continued to purchase locally made objects that were largely utilitarian. They did make and incorporate decorative objects whenever possible using information gathered from local, regional, and national sources.

A substantial North Carolina furniture industry existed before the Civil War. One of the state's most successful furniture operations was owned by Thomas Day, a free black man who had moved to Caswell County from southern Virginia in the 1820s. Day became renowned for his finely crafted furniture and other home embellishments, such as mantelpieces and stair railings. In the 1850s, Day invested in steam equipment and woodworking machinery, making him one of the first furniture makers to do so. His business thrived until about 1860, when it succumbed to the economic instability and recession that marked the era. Several of Day's pieces survive under private ownership or in museums.