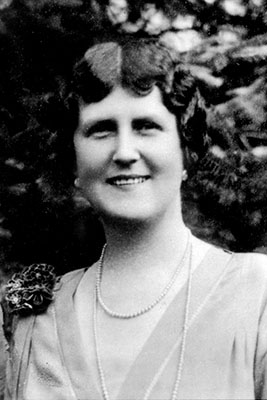 Fay Lamar Webb, born September 7, 1885, into the prominent Webb family of Shelby, North Carolina, was the younger of two daughters born to Judge James Landrum Webb and Kansas Love Andrews Webb. The Webb family had long been politically active in the Shelby area, and "Miss Fay" certainly continued the tradition. She attended Shelby public schools and later Lucy Cobb School for Girls in Athens, Georgia, from which she graduated with honors in 1905. Afterward she spent two years traveling in Europe before marrying Oliver Maxwell Gardner on November 6, 1907.

Following her marriage to the busy lawyer, Fay Gardner became both helpmate for her politically active husband and businesswoman and civic leader in her own right. The Red Cross, the Garden Club of Shelby, the Cleveland County Historical Association, the Business and Professional Women's Club, the North Carolina Democratic Committee, and the National Women's Democratic Club were just a few of the organizations to which she belonged. She was also a member of the Daughters of the American Revolution, the United Daughters of the Confederacy, and the Colonial Dames of America. She and her husband worked to reju­venate the flagging Boiling Springs Junior College. So successful were they in that effort that in 1942 the school was renamed Gardner-Webb College. Mr. and Mrs. Gardner also endowed several scholarships and spearheaded numerous fundraising efforts on behalf of the college. While in the Executive Mansion Fay Gardner gained the reputation for being a most gra­ cious hostess. Indeed, she was as beloved a social leader in Raleigh as she had been in Shelby. Among those entertained at the Executive Mansion during her husband's term of office were Franklin and Eleanor Roosevelt, Charles Lindbergh, and Eddie Rickenbacker. In addition to her social activities, Fay Gardner was an active civic leader. One of her projects- subsequently developed further by succeeding first ladies and governors- was to create a rose garden at the state penitentiary. After hearing about a prisoner who enjoyed gardening, she asked to see him and learned that he liked roses. 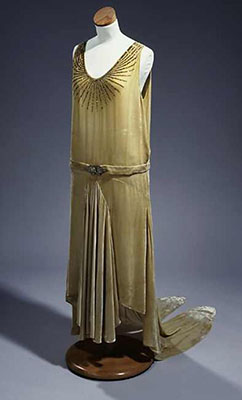 Accompanying him outside to a clear area, Fay Gardner super­vised the digging of a garden and the planting of twenty rose plants . The twenty roses did so well that she ordered eighty more and soon diversified the garden with additional types of plants. The blossoms soon adorned the Executive Mansion rooms, and she noticed the change in the prisoner whose talents were directed into such useful and rewarding channels.

After the Gardners left the governorship they went immediately to Washington, D.C., where the former governor opened a law practice. Just as she had become a favorite of society in Raleigh, Fay Gardner soon became a popular hostess in the nation's capital. Both were active socially and politically, and Fay Gardner remained so after the death of her husband on February 6, 1947, the morning they were to have departed for England following Max Gardner's appointment as ambassador to the Court of St. James.

After her husband's death, Fay Gardner continued to be active in civic and social events in Shelby and throughout the state. She traveled extensively with a widowed friend and main­tained the family's relationship with Gardner-Webb College. Fay Gardner remained keenly interested in all levels of politics and traveled often between Shelby, Raleigh, and Washington. She was named Business and Professional Women's Woman of the Year for 1961. On that occasion she was quoted in the Greensboro Record (February 12, 1962): "'This is the summit honor of my life coming from these people whom I love-my hometown people."'

Fay Gardner died January 16, 1969, in a Charlotte hospital after suffering a stroke six days earlier. She was buried in Sunset Cemetery in Shelby. An obituary published in the Raleigh News and Observer (January 17, 1969) reported that when Senator B. Everett Jordan heard of Fay Gardner's death, he declared: "very literally this marks the end of an era for North Carolina." Governor Bob Scott agreed, adding that "she was a grand lady all her life. . . . North Carolina has lost one of its finest citizens."