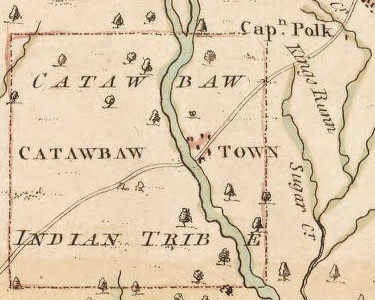 Settlement of the Coastal Plain

Settlement of the Piedmont

Settlers of the Albemarle

What was the purpose of

What was the purpose of Raliegh Gilberts Trip?

I'm afraid we're not sure which individual or trip you are referencing. We would very much like to help. Please either post more information about what you are looking for here or send an email to Reference Services at the Government & Heritage Library. Their email address and other contact information may be found at: http://statelibrary.ncdcr.gov/contact.html.

Or, you are welcome to use the NCknows chat reference service in the sidebar to the right.

Good luck in your research! We look forward to hearing from you!

What were the major

What were the major historical religions of colonial North Carolina? What parts of North Carolina were these religious groups most popular?

The response to the question here: http://ncpedia.org/history/colonial#comment-934 will give you some great resources to begin your research.

do you know the main

do you know the main historical religious groups of north carolina???

There is some general information about different religions in North Carolina, both current and historical, at http://ncpedia.org/category/subjects/religion. You may wish to review the entries about the Quakers and the Moravians.

You may find this guide from the Wilson Library (UNC Chapel Hill) helpful in your research, http://www.lib.unc.edu/ncc/ref/study/religion.html.

I would consult the Encyclopedia of Religion in the South edited by Samuel S. Hill and Charles H. Lippy, which I mentioned in my earlier email. It looks like most libraries have this in their collection. If you don’t have access to it I would be happy to send you photocopies of the overview of  the colonial and antebellum sections.

According to the book, North Carolina Portraits of Faith, http://catalog.ncdcr.gov/vwebv/holdingsInfo?bibId=11348 . The Episcopal Church known as the Anglican Church was the legally established religious body in the North Carolina colony. After the Revolutionary War the state constitution of 1776 declared that there would be no established church.  Jews, Baptists, Presbyterians, Lutherans, Moravians, Methodists, Unitarians, Catholics, Christians, Mormons, Adventists, Christian Scientists, Mennonites, Pentecostals, and Eastern Orthodox settled across the state. By 1860 , 80% of the churchgoing population was Baptist or Methodist. Please note that I gave you a very brief overview and you will need to consult the books I mentioned for further details.

North Carolina through Four Centuries  by William S. Powell, http://catalog.ncdcr.gov/vwebv/holdingsInfo?bibId=67826 mentions that the Quakers had settled in NC in the late 1600s. There is a large section of religion in North Carolina in this book.

Some additional resources that may help you:

The Tar Heel State A History of North Carolina by Milton Ready, http://catalog.ncdcr.gov/vwebv/holdingsInfo?bibId=273212 . Section on religion in North Carolina.

If your library does not have these titles you can request them through your library's inter-library loan program. Please let me know if you have any further questions.

what about the children in

what about the children in the colony? what did they do for fun and games?

Those are excellent questions! I am glad you asked them!

You may find these two articles from Learn NC's site very interesting. The first talks about families in Colonial North Carolina. It indicates that once children reached the age of 5, they spent most of their time doing chores and work.

hey i was wondering if you

hey i was wondering if you knew why people settled in North Carolina?

These entries may help you answer that question:

The Lumbee indians are

The Lumbee indians are Croatans. In the early 17th century settlers met Lumbee indians and even then they told settlers they were decendants from the Lost Colony and they were the only tribe to then to have grey eyes and they claimed it was from lost colony and the tribe also had the lost colony same last names and all the other tribal indians around there claimed the same thing about the Lumbee but since it's not documented there is no real proof.

The Lumbee Indians claim that

The Lumbee Indians claim that they are from the Lost Colony and have fought this for a very long time. Curious though cause in the early 1700's settlers came appon this big Lumbee Indian tribe and were very supprised that they spoke english very well when no other tribes did and had already been living a white mans way and some with 2 story houses, they also worshipped the Christian god and rumors before that of these Indians with blonde hair and blue eyes. Not to mention Smithsonian investigated it and agrees with this tribe. Now DNA testing is being done to validate it all. But it's just my opinion.

Even though my opinion really

some people post stuff on here that they say is what happened but really, NO ONE HAS FIGURED IT OUT YET!! what is your theorie?

My father said that he wasn't

My father said that he wasn't quit sure how much blackfoot indian was in us, but that it came from 5th or 6th grandfather, and that there were 3 John's in a row carying the name berry down to denson, gus, yuther then my father william j. berry. (49620 live birth cert. of miss. state)