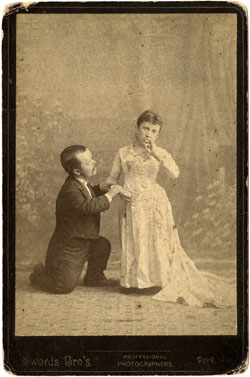 On August 16, 1883 circus performers John Mertz and Mariah Elizabeth Nail were married on the stage of the Buckingham Theater in Louisville, Kentucky. According to one story, the justice of the peace asked if they were old enough to wed because they were so small, with Mariah standing at 36 inches and John approximately 10 inches taller. At the time they married, they were both around 30 years old.

Mariah Nail was born on May 8, 1852 in Mocksville, in Davie County, North Carolina. Her father was Alex Neil, and her obituary indicated that she was one of a large family. John Mertz, also known as “Major,” was reportedly Croatian, born in Austria or Hungary near Odenburg on January 15, 1853, according to his death certificate.  He reportedly joined the circus at age 21, where he met Mariah Nail.

Known to have toured with the illustrious acts of the Barnum Circus, the Adam Forepaugh Circus, and John Robinson’s Famous Show, they married and then retired from circus life sometime around 1911, making their home in Salisbury, in Rowan County. John Mertz worked in Salisbury as a store clerk at the T. F. Kluttz & Co., for a John Young, and possibly at one point as a laborer, according to census records. 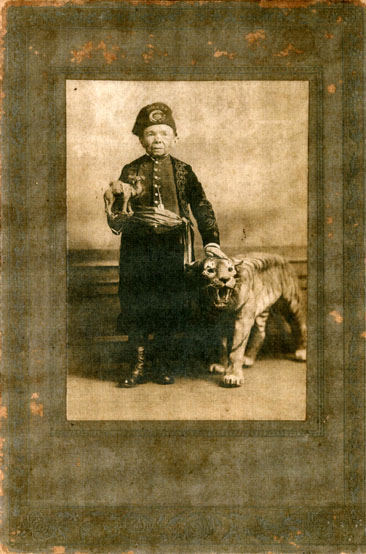 According to anecdotal accounts, the couple occupied a special place in Salisbury and have continued to live on in the community’s memory. Mariah passed away on March 7, 1922 at age 69.  John Mertz was a member of the Knights of Pythias and claimed, according to Mariah's obituary, to be the smallest in the order. He died on February 4, 1938 at the age of 85 from complications from inluenza. They were both buried in Chestnut Hill Cemetery in Salisbury.