Rock music in North Carolina has always been marked by a "do-it-yourself" streak-meaning that some of the state's most notable musicians have practiced their craft while holding down day jobs. In this regard, many local rock artists are not far removed from the Depression-era bluesmen who farmed or worked in textile mills and tobacco warehouses during the week, then picked a little guitar at Saturday night house parties. Clearly there is a historical context for the modern-day underground rock band putting out its own record. 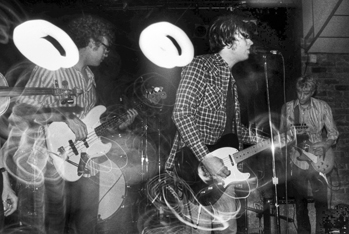 North Carolina has boasted a fair number of rock acts who were bigger and better known elsewhere than at home. Some of the state's key musical exports include Corrosion of Conformity, a Raleigh band that helped pioneer the speed-metal genre in the 1980s; Southern Culture on the Skids, Chapel Hill's aptly named roots-rock band; Petey Pablo, a hip-hop star from Greenville who came to prominence as a protégé of New Orleans rapper Mystikal; and the Connells, a Raleigh pop-rock group who scored a No. 1 hit in Europe and won that continent's equivalent of a Grammy Award in 1995. Several North Carolina natives have also gained fame after leaving the state, including James Taylor, George Clinton, John Coltrane, Loudon Wainwright III, Roberta Flack, former Whiskeytown frontman Ryan Adams, and American Idol stars Clay Aiken and Fantasia Barrino.

During the 1970s and 1980s, alternative-leaning groups such as Chapel Hill's Arrogance, Winston-Salem's dB's and Let's Active, and Charlotte's Fetchin' Bones received attention from the national media. A large part of that was due to North Carolina's connection to the Athens, Ga.-based supergroup R.E.M., whose first out-of-state booking was in Carrboro and whose first two albums were recorded in Charlotte and coproduced by Arrogance bassist Don Dixon and Let's Active guitarist Mitch Easter. However, the most commercially successful North Carolina band of this era was Nantucket, a Raleigh-based rock band in the mode of straight-ahead 1970s southern rock acts such as the Allman Brothers and Lynyrd Skynyrd.

During the early 1990s, Superchunk, Archers of Loaf, and other Chapel Hill punk bands received widespread national coverage far out of proportion to their relatively modest sales. At the time, the music industry was desperately seeking another hard-edged, alternative-leaning band with commercial potential. To the amusement of the locals, pundits dubbed Chapel Hill "the next Seattle [home of 1980s and 1990s grunge rock]," a prediction that did not come true.

North Carolina's best-selling bands at the time were actually headquartered halfway across the state in Charlotte-the mainstream pop-metal band Firehouse, whose 1991 debut album sold more than 2 million copies, and gospel-gone-secular rhythm-and-blues quartet Jodeci, which scored three multimillion-selling albums during the first half of the decade with frankly sexual, bump-and-grind seduction ballads.

Chapel Hill finally yielded a couple of surprising million-selling acts in the late 1990s. One was Ben Folds Five, a piano-pop trio with almost no connection to Chapel Hill's underground rock scene (which bandleader Folds sardonically referred to as "40 delusional scenesters"). That did not stop Ben Folds Five's 1997 single "Brick" from turning into a big radio hit, earning the group a coveted performance slot on NBC's Saturday Night Live in early 1998. Chapel Hill's other breakout act was the Squirrel Nut Zippers, whose 1930s-style hot jazz produced a left-field hit with "Hell" in 1997 and unwittingly helped launch the short-lived "swing revival."

David Menconi, "Marking Time: Durham Rediscovers Its Past as a True House of Blues," Raleigh News and Observer, 2 Sept. 2001.