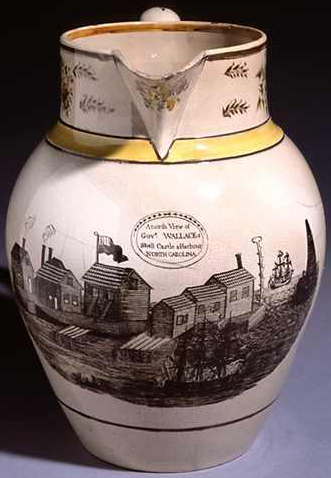 For about two decades in the late eighteenth and early nineteenth centuries, the oceangoing trade of most of North Carolina was funneled through one tiny port called Shell Castle. Built on a natural island in the Pamlico Sound close to Ocracoke Inlet, the little port once hummed with activity and was packed with buildings that included one of North Carolina's earliest lighthouses.

Shell Castle was owned by merchants John Gray Blount and John Wallace. North Carolina's shallow sounds and rivers had always restricted oceangoing vessels from trading with the state. Blount and Wallace got around this problem by establishing a new port facility where large ships could transfer their cargoes to barges, which in turn loaded them onto smaller vessels that could ply the shallow waters to New Bern, Edenton, and other ports on the state's sounds and rivers.

In 1789 Blount and Wallace began building their port on a group of oyster beds called Old Rock, which was about a half-mile long and 60 feet wide. They changed the name of the island to Shell Castle after they began building on it. The island was in a good spot to catch trade. It was a solid mass of oyster shells, more resistant to waves and wind than the surrounding sandy islands, and situated next to a deep passage through the shoals of Ocracoke Inlet, called Wallace's Channel. As partners, Blount and Wallace owned lighters and controlled much of the piloting business at the inlet.

To the wharves and warehouses at Shell Castle were added a windmill, a gristmill, a store, a lumber yard, a notary public's office, a tavern, and a main building reported to be 300 feet long, all packed onto its tiny area. The complex was badly damaged in a hurricane in 1806, but the fatal blow was the gradual shoaling of the channels leading to the port around the time of the War of 1812. When ships could no longer get near the port, they took their business to nearby Portsmouth and Ocracoke. Shell Castle was eventually abandoned and its buildings disappeared, although it is still marked on maps and charts of the area. 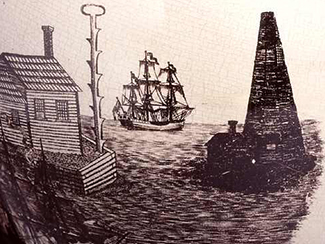 Kenneth E. Burke Jr., The History of Portsmouth, North Carolina, from Its Founding in 1753 to Its Evacuation in the Face of Federal Forces in 1861 (1976).