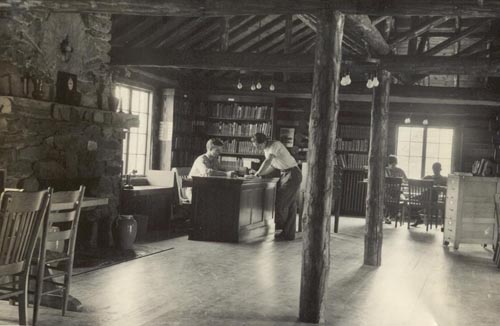 Warren Wilson College, a Presbyterian institution located ten miles east of Asheville, traces its origins to the Asheville Farm School, a missionary endeavor that opened in 1894 with 25 students. From its inception, the school had "academics, work, and Christian service" as its major priorities. In 1924 the Asheville Farm School graduated its first high school class; in addition to pursuing their studies, students were mandated to work in order to pay their bills. (This tradition continues at Warren Wilson to the present day; matriculants engage in useful labor for at least 15 hours per week.)

In 1942 the Asheville Farm School combined with the Dorland-Bell School (Hot Springs) and Mossop School (Harriman, Tenn.) to become Warren Wilson Vocational Junior College and Associated Schools. This new name honored Warren H. Wilson (1867-1937), a prominent churchman who had served as secretary of the Town and Country Life Division of the National Board of the Presbyterian Church (U.S.A.). In 1946 the school added a "university preparatory" department, but each student was still committed to 20 hours of practical labor per week. 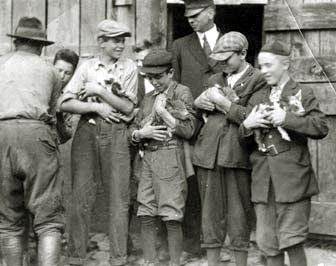 After World War II, Warren Wilson became more cosmopolitan in scope; during the 1950s, nearly one-quarter of the student body was international. Racial integration took place in 1952; 1961 graduate Nicholas Mugo, Warren Wilson's first African student, would later serve as Kenya's ambassador to Great Britain, Ethiopia, and the United Nations. The high school curriculum was discontinued in 1957, and in 1969 the college graduated its first four-year class. In 1971 Reuben Holden, a Yale alumnus, became Warren Wilson's president. During his tenure (1971-73) the college officially severed its ties with the Presbyterian Board of National Missions, although not with the Presbyterian Church. Under Holden's leadership, Warren Wilson implemented programs in Appalachian studies, environmental studies, and intercultural studies, as well as a master of fine arts in creative writing.

By the early 2000s Warren Wilson College had approximately 775 students served by 57 full-time faculty members. The school's Outdoor Leadership Program has marked a significant addition to its modern curriculum. In 1991 the Swannanoa Gathering, a series of summer workshops and other events exploring various folk arts, was founded. The gathering is held on the Warren Wilson campus each July and August.