A Clash of Religion and Politics.

The Pamlico settlement and the little town of Bath were not allowed the chance to develop peacefully, for both rebellion and Indian warfare soon turned the area into a battleground. Indeed, the town was born amidst the strife which eventually culminated in the armed rebellion known as Cary's Rebellion.

The quarrel that rocked the North Carolina colony and led to this rebellion was essentially a religious conflict with political overtones. In 1672, George Fox, founder of the Society of Friends (or Quakers), visited Albemarle County (later broken up into Chowan, Currituck, Pasquotank, and Perquimans counties) and established his church there. In succeeding years, this church grew and became strongly entrenched in the colony, where for several decades it was the sole representative of organized religion. In 1694—with the appointment of the Quaker, John Archdale as governor—this church came to dominate all branches of the government. Consequently, those who professed the Anglican (or Church of England) faith felt that they were being discriminated against in political matters.

In 1699, a zealous friend of the Church of England, Henderson Walker, became governor. In 1700, he persuaded the General Assembly to pass a vestry A vestry act was a law having to do with official, government-supported religion. North Carolina's 1701 Vestry Act permitted the use of tax money to build Anglican churches and pay ministers. Needless to say, this didn't make members of religious minorities -- such as Quakers -- very happy. act establishing the Church of England as the colony's official church, to be supported by taxes to be levied upon the colonists. At almost the same time Queen Anne came to the throne, thus necessitating the renewing of various oaths of loyalty by the colony's officials and Assemblymen. The Quakers, unable to swear to an oath (a tenet of their faith), offered to affirm as they had done in the past. The friends of Anglican establishment now in power, however, refused to accept this as sufficient, thereby barring all Quakers from public office in the colony. On these and similar issues the colony quickly split into two parties—the Church party, which supported the establishment, and the Quaker party which opposed it. Matters went from bad to worse, and politics became increasingly bitter as time went on.

In 1705, the well-known South Carolinian, Thomas Cary, was named governor. He quickly showed a strong preference for the Church party, causing the Quakers to send Emanuel Low to England to secure his removal from office. Low accomplished his mission, but on returning to North Carolina found Cary in South Carolina and William Glover, president of the council, acting for him. It soon became clear to Low that Glover was a far more ardent supporter of the establishment than Cary, and he withheld the Lords Proprietors order removing Cary from office. Cary, meanwhile, switched his allegiance to the Quaker party, and in 1708 he managed to oust Glover from office and force him and the more ardent supporters of the Church party to flee to Virginia. From 1708 to 1710, Cary and the Quaker party dominated the political life of the colony.

In January 1711, Edward Hyde arrived in North Carolina claiming the governorship of the colony. While his commission as governor had not been technically perfected, Cary and the Quaker party seemed at first willing to have Hyde assume the office. But when Hyde began to pursue a policy hostile to the Quaker interest soon after taking office, Cary refused to recognize him and claimed the governorship as legally his until such time as Hyde could produce his commission.

With this, the colony -- already at fever pitch after years of the most bitter political and religious strife -- split into two armed camps, and open warfare quickly ensued.

The Pamlico settlements and the little town of Bath, born amidst these troubles, quickly found themselves enmeshed in this web of factionalism. Thomas Cary, about whose head the struggle raged, maintained his home and plantation on the Pamlico, and as an original lot holder of Bath was so closely identified with the town that it was often referred to as "the seat of government" during his governorship. Many of the inhabitants of Bath County were his loyal supporters and rallied to his side when -- arguments and legal processes failing -- Governor Hyde declared him in open rebellion and determined to seize Cary by force.

Having resolved upon this policy, Hyde proceeded to gather an armed force that he considered sufficient to undertake this mission and assembled 80 men under arms at his home in the Salmon Creek area of present-day Bertie County. On May 27, 1711, he crossed Albemarle Sound and entered the Roanoke River where he rendezvoused with 70 more men on its south shore. After a two-day march, this force arrived on the Pamlico River at the home of Colonel Cary, who meanwhile had fled to the home of one "Colonel Daniels," only a short way down the river. (While identification is uncertain, this was in all probability the plantation home of the former governor, Robert Daniel, located at Archbell Point on Bath Creek). On the 29th of May, Hyde and his armed force advanced on Daniel's home, which had been well fortified with five pieces of cannon and contained about 40 armed men. Hyde found the place too strong to storm, and after a futile attempt to persuade their surrender, he retired from the field and returned to the Albemarle region on June 1.

The failure of Hyde to take Colonel Cary heartened Cary's followers, and large numbers now rallied to his side. Cary declared himself the true governor of the colony, and proceeded to fit out a brigantine of six guns and several smaller vessels. On June 30, 1711, Cary -- with his armed brigantine -- began an attack on Hyde and his council at the home of Colonel Thomas Pollock on the Chowan River. The followers of Hyde had only 60 men under arms and two cannon, and affairs looked dark for them when two strong landing parties from the brigantine headed for shore. At this moment, however, a lucky shot from one of the two cannon on shore severed the brigantine's mast and so frightened Cary's forces that they cut their anchor and sailed away.

Hyde then dispatched some of his best men in a sloop to overtake the brigantine. When this expedition entered the sound, they found the brigantine beached with only three men aboard, the remainder having fled in confusion to their homes. The brigantine was seized with all her guns and ammunition, and the strength of Cary was thereby dealt a severe blow. Cary, however, with the aid of a recent arrival from England, Richard Roach, fortified an island in the Pamlico and began to gather and arm another large force of men. An attempt by the Hyde party to drive him out failed, and the cause of Colonel Cary momentarily brightened.

Meanwhile, Governor Alexander Spottswood of Virginia had determined to come to the aid of the Hyde faction, and a militia was readied to march into Carolina. A company of royal marines from the guardships in the Chesapeake Bay was immediately dispatched to the aid of Hyde in mid-July, 1711.

The Virginia militia was never sent into North Carolina, for the marines' arrival completely unnerved Colonel Cary's followers. Though willing to contest with Hyde for power, Cary's men were unwilling to fire upon the royal standard, and thereby become subject to a charge of treason against the British Crown. Cary and his chief lieutenants fled their fortified homes on the Pamlico River and retired to Virginia, where they were seized and sent in chains to England. Here Cary's friends were able to secure his freedom, and shortly thereafter he returned to Carolina (where he soon slipped into obscurity).

The disrupting effects of the Cary Rebellion on the life of Bath and the Pamlico region can hardly be exaggerated. As the stronghold of the Cary faction, the Pamlico area—throughout the spring and summer of 1711—was in a constant turmoil. Many Bath citizens, including George Birkenhead, Levi Truewhite, Thomas Sparrow, Simon Alderson Jr., and John Porter, were among Cary's chief lieutenants. From 1708 until the collapse of Cary's Rebellion in July 1711, the courts and government in general ceased to function. One observer noted that plundering and destruction had ruined many during the civil strife, while on every side one could hear "the complaints of the poor men & families, who have been so long in arms that they have lost their crops & will want bread." Where crops were planted and tended, a severe drought during the summer of 1711 had severely damaged their yield. To add to the hardship and suffering of this fearful summer, yellow fever raged through the colony, bringing death to many.

Yet amid these troubles, still more ominous clouds were gathering on the horizon, and a storm that would all but obliterate Bath County and "that famous city of Bath" was about to break. The scourge of all exposed frontier areas -- Indian massacre and war -- hung over the fever-racked settlers. 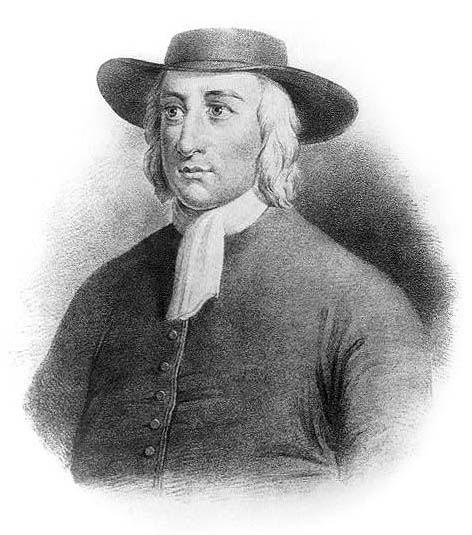 The founder of the Society of Friends (Quakers) visited North Carolina in 1672. 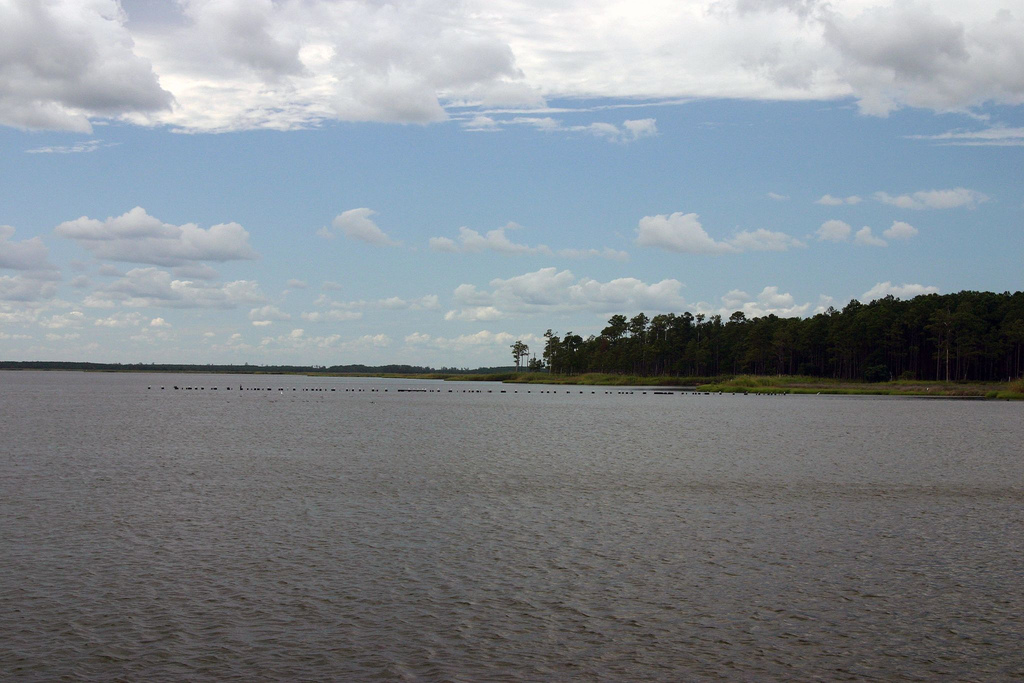 Life on the Pamlico Sound was far from peaceful at the beginning of the eighteenth century.