As white settlement in the United States spread westward over the Appalachian mountains, westerners increasingly used the Mississippi River to get produce to market. Since 1762, Spain had owned the territory of Louisiana, which included 828,000 square miles, and which now makes up all or part of fifteen separate states between the Mississippi River and the Rocky Mountains. But by 1800 the Spanish empire was weak. Spain and the United States had signed a treaty in 1795 that allowed both nations to navigate the Mississippi and to use the port of New Orleans for overseas shipping. Americans who wanted more westward expansion didn’t see Spain as a threat in the long run.

When Napoleon Bonaparte became ruler of France in 1800, though, he planned to rebuild France’s empire in the Americas. He acquired Louisiana from Spain, and in 1802 he sent troops to the New World to guard it. In the U.S., westerners worried about the powerful French — especially that they might interfere with U.S. trade by blocking access to the port of New Orleans. President Thomas Jefferson said that “There is on the globe one single spot, the possessor of which is our natural and habitual enemy. It is New Orleans.”

Jefferson prepared for a military conflict in the Mississippi Valley, but he also had his ambassadors to France, James Monroe and Robert Livingston, try to purchase New Orleans and West Florida, offering $10 million for that territory. If that failed, the ambassadors were to ask for a military alliance with England.

But the French army in the Caribbean was decimated by yellow fever, and war was brewing between France and England. Napoleon decided to give up his plans for Louisiana, and offered a suprised Monroe and Livingston the entire territory of Louisiana for $15 million. Although this far exceeded their instructions, they agreed.

When news of the sale reached the United States, the West was elated. President Jefferson, however, was unsure what to do. He had always argued that the federal government had the power to do only what the Constitution specifically permitted it to do, and there was no provision in the Constitution empowering him to purchase territory. He considered asking Congress and the states to amend the Constitution to give him the power he needed. Given the public support for the purchase, though — and the obvious value of Louisiana to the future growth of the United States — Jefferson decided to go ahead with the purchase. His decision contributed to the idea of implied powers of the federal government — that the government could do more than the Constitution specifically outlined.

The Louisiana Purchase added vast new territory to the United States and ensured control of the Mississippi and the port of New Orleans. North Carolinians who had little economic opportunity at home now had even greater incentive to move west. The new territory west of the Mississippi would also become the destination of southeastern Indians during their removal in the 1830s. 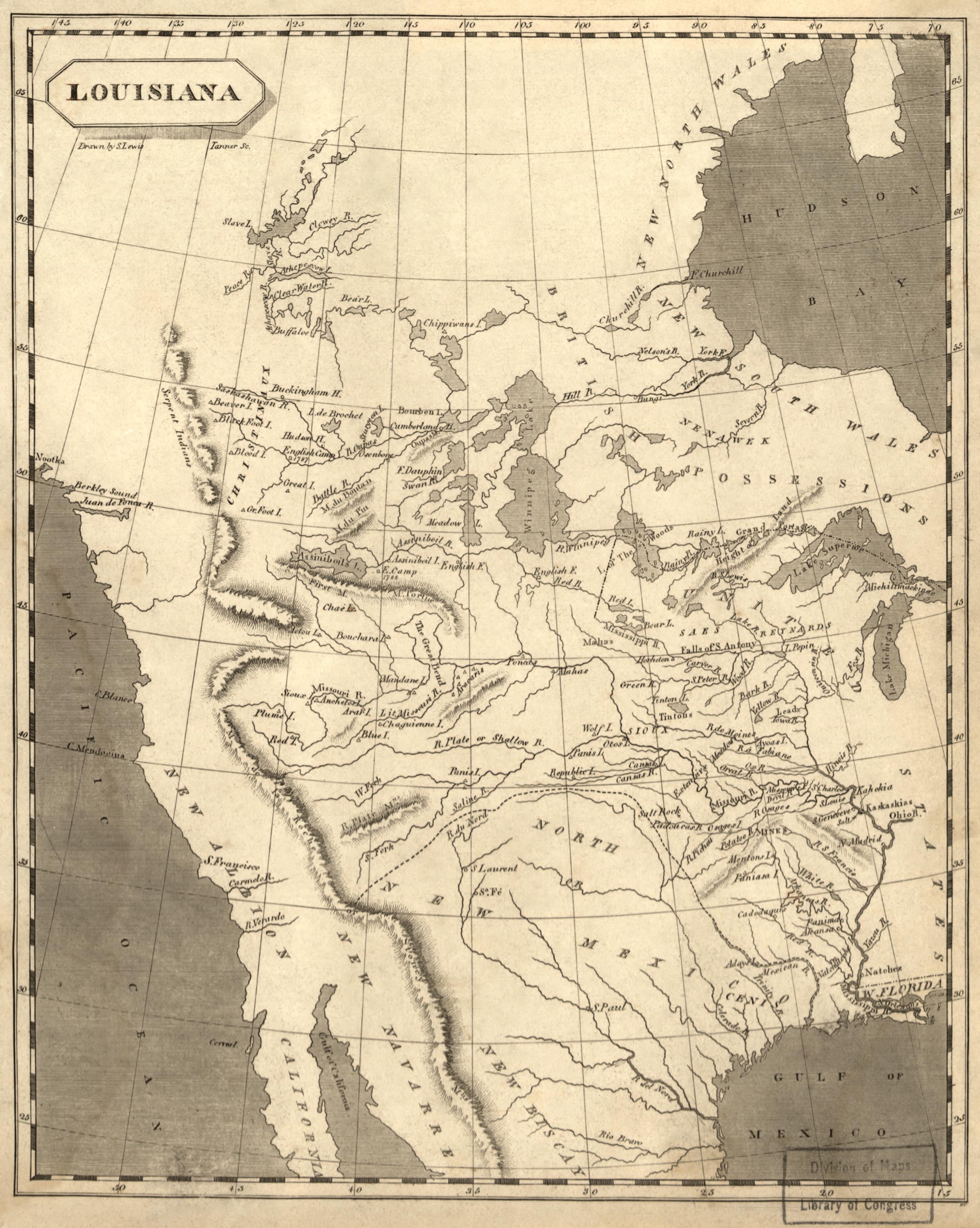 No one knew just how big Louisiana was. This map, drawn in 1804, shows it extending west to the Rocky Mountains.

This map shows the United States as it existed in 1810, with past and future territorial expansion.