Skirmish at the House in the Horseshoe

During the American Revolution, groups of citizen-soldiers called Whigs (also called patriots or revolutionaries) and Tories (who were still loyal to the king of England), waged irregular warfare against each other in North Carolina's backcountry. The backcountry was, at the time, the frontier. One of these backcountry skirmishes took at place along the banks of the Deep River in present day Moore County at the home of Patriot Philip Alston. Alston purchased 4,000 acres along the Deep River and built the house on its banks in 1772. In a bend in the river, he constructed one the of the earliest “big houses” of backcountry North Carolina. Today the home is commonly known as the House in the Horsehoe because of its location within the horseshoe-shaped bend in the river.

In 1781 Alston led troops in defense of the house against David Fanning's Tory militia. Although the date of the skirmish is debated, the most likely date is July 29. Leading up to the battle, the Patriot and Loyalist factions of North Carolina had fought intermittently for control of the state throughout 1781.

On the morning of July 29, 1781, while Alston and his band of revolutionaries were camped at the home, they were attacked by a larger unit of Tories, whose leader was the notorious David Fanning. Trapped in the house, Alston ordered his men to barricade the doors and windows. Fanning posted his men along a split rail fence outside the home, and for several hours the men exchanged fire with no side gaining a real advantage.

As her house was being riddled by bullets, Temperance Alston, Phillip’s wife, was level-headed enough to hide her children in the chimney, standing them on a table so that their bodies were behind the brickwork. Just as Fanning considered retreating, his men found a small wagon in Alston’s barn. He ordered it loaded with hay and set it on fire to push into the house. In an effort to save the lives of everyone in the inside, Temperance cautiously stepped out and negotiated a surrender.

After Alston left North Carolina, the House in the Horseshoe changed ownership. In 1798 it was purchased by Benjamin Williams, who served as governor from November 1799 until December 1802 and again between December 1807 and December 1808. Williams lived there until his death in 1814.

The house is a fine example of a typical eighteenth century plantation house similar to those found throughout the southeastern United States. In the 20th century the house was restored to its skirmish period condition, leaving visible the damage and bullet holes inflicted by Fanning's men.

ANCHOR, "Skirmish at the House in the Horseshoe," 2018, https://www.ncpedia.org/anchor/skirmish-house-horseshoe (accessed June 10, 2018). 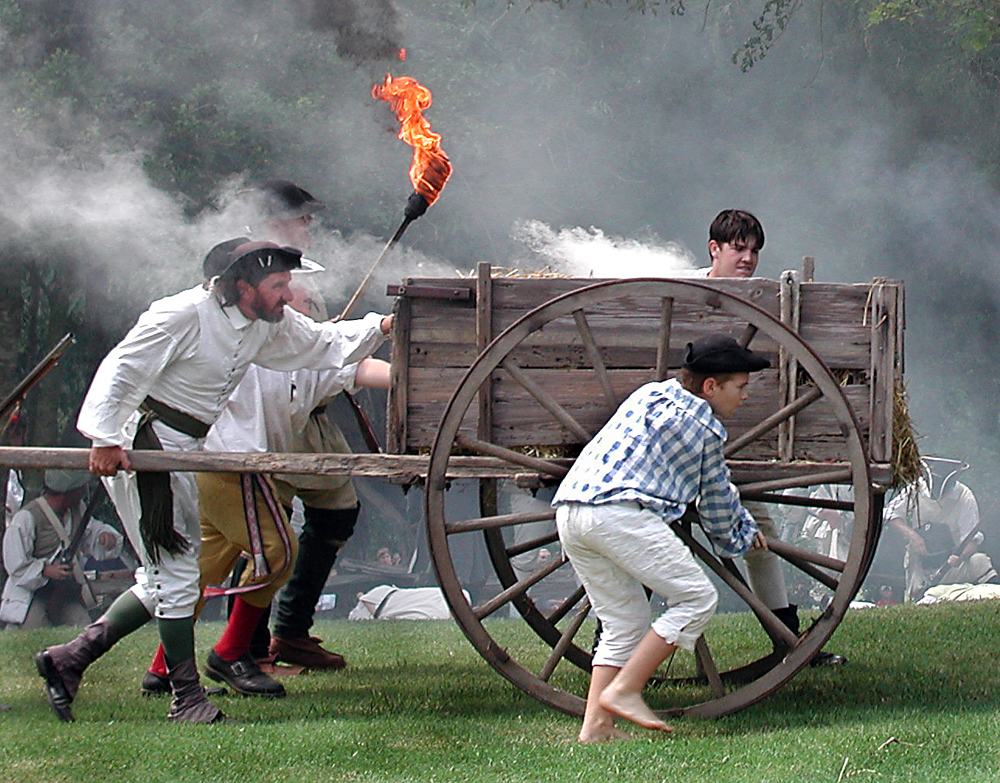 Watch a video of a 2013 re-enactment of the 1781 skirmish at the House in the Horseshoe. 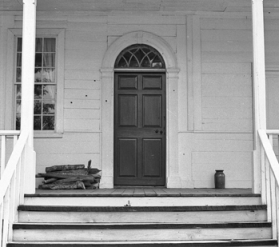 Bullet holes from the skirmish can still be seen in the house's clapboard siding.