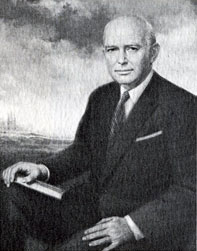 Charles Henry Babcock, investment banker and counselor and philanthropist, was born the son of Charles Henry and Ella Park Babcock in Lafayette, Ind. Graduated from the University of Pennsylvania with a B.S. degree in 1920, he worked first with Guaranty Trust of New York in New York City (1920–23); he then was vice-president of the Mah-Jongg Corporation of America, San Francisco, in 1923 and 1924 and of Guaranty Trust of New York in Philadelphia from 1924 to 1931. He established his own brokerage firm in 1931, Reynolds and Company of New York (now Reynolds Security, Inc.), of which he was senior partner until his death.

Babcock served as a private in the U.S. Army in World War I. A major in World War II, he was chief financial officer of the American Headquarters of the European Theater of Operations.

He lived in Greenwich, Conn., until 1949, when he moved to Winston-Salem, the early home of his wife, Mary Reynolds (the daughter of R. J. Reynolds), whom he had married on 16 Dec. 1929. He enjoyed entertaining friends in his home. He was also an avid traveler and made himself familiar with all parts of the United States and many foreign countries.

In Winston-Salem, Babcock became active in many community, cultural, and business activities, all of which he pursued in a self-effacing manner. He was a director of the Piedmont Publishing Company (newspapers), R. J. Reynolds Tobacco Company, and Security Life and Trust Company, now Integon Corporation (life insurance). He served as commissioner of public housing for Winston-Salem and was president-treasurer of the Mary Reynolds Babcock Foundation (established with $12 million from his first wife's estate) and vice-president and treasurer of the Z. Smith Reynolds Foundation. An active churchman, he belonged to Centenary Methodist Church, Winston-Salem. 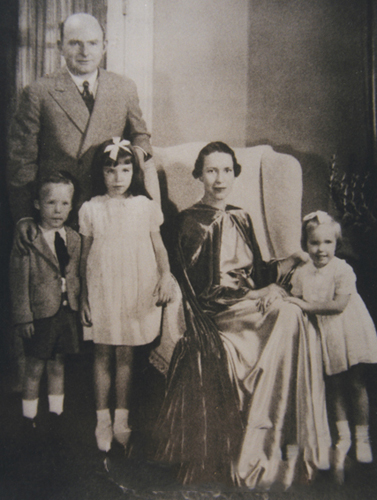 His philanthropies included a major contribution to the relocation of Wake Forest College (now University) in Winston-Salem in 1956. In addition, through the two foundations, he was a prime influence in multiple projects in education, the arts, health and welfare, the restoration of Old Salem and Bethabara, and the establishment of Piedmont University Center at Reynolda (the home of the Reynolds family) and of the North Carolina Fund, a private interest organization designed to fight poverty.

One of Babcock's educational interests was the Asian Studies Program, a joint effort of Wake Forest University, Salem College, and Winston-Salem State University, established to introduce international and intercultural dimensions in educational curricula.

Babcock's funeral service was conducted in the Chapel of Wake Forest University on 15 Dec. 1967, with interment in Salem Cemetery.

Charles Henry Babcock. From the 1960s at WFUBMC Exhihbit of the Dorothy Carpenter Medical Archives. Available from http://ewake.wakehealth.edu:88/library/archives/exhibits/buildings/1960.htm (accessed February 13, 2013).

This article and the photos

This article and the photos were very useful in compiling information for my family history. I am related to Mary Reynolds through her paternal grandmother Nancy Jane Cox. We have a common ancestor on that Cox line. Thank you for posting this information and making it so easy to access.

Thanks so much for visiting NCpedia and then taking a moment to contribute your comment on this article.  We're so glad you were able to use the content and found it helpful.  We like to know how we have specifically met our viewers' needs.  It helps us know what we do well and how to improve our service and content!