Dykeman Waldron Baily, sportsman, businessman, and novelist, was born in 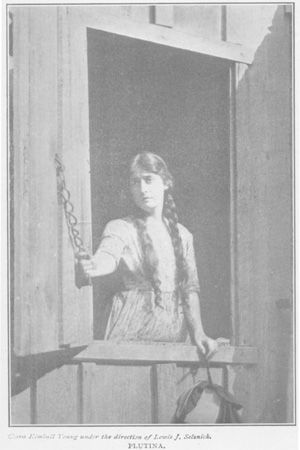 Mt. Kisco, N. Y. His father was Elbert Todd Baily, local politician and son of Benjamin Baily, personal attorney to Cornelius Vanderbilt. His mother was Deborah Lawrence Holmes, related to the prominent New England family of that name and to the Winston Churchill family of England. He received his education at the Mt. Kisco Academy and in 1888–89 took a "special Latin class" at St. John's College (Fordham University). For two years he studied law with his uncle, W. F. Baily, in Eau Claire, Wis., but seems to have spent more time hunting and fishing in the Wisconsin wilds than studying. After returning to New York State, he was variously employed and was married to Marie Antoinette Dearborn.

In 1894, on the advice of a friend, he ventured to Taylorsville, N.C., and bought a small plant engaged in manufacturing insulator pins from mountain locust for the Niagara Falls Power Company. Thereafter, he moved to Elkin and made almost daily forays into the surrounding hills searching for the valued locust. On these trips he became familiar with the mountain people and ways later described in his first novel, Heart of the Blue Ridge (1915). He built a number of small houses along the Yadkin River for laborers in his sawmill and, with an associate, organized a baseball club for the town. At the turn of the century he was mayor of Elkin. In about 1904, business affairs took him to New Bern and then on to Beaufort, where he lived next door to writer Irving Bacheller. 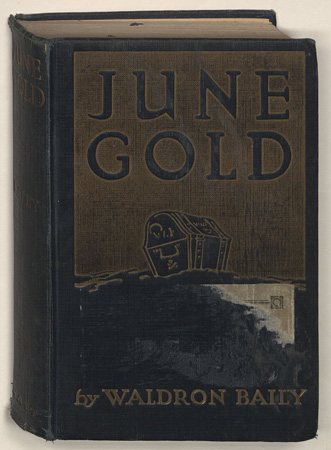 For the next fifteen years he was again in the New York area, employed as a real estate agent and traveling bookseller. Alexander Grosset, of the publishing firm Grosset and Dunlap, encouraged him to write his first novel. From it the motion picture Heart of the Blue Ridge, starring Clara Kimball Young, was shot at Chimney Rock. Baily's three other novels were The Homeward Trail (1916), a love story of the Croatan Indians; When the Cock Crows (1918), published by himself, a romantic story with scenes in Beaufort, on Cedar Island, and the Core Banks; and June Gold (1922), a yarn of rumrunning days near Bogue Inlet.

In the mid-1920s, Baily settled in Morehead City as salesman for the Hickory Chair Company, which was owned by an uncle. With his nephew, John Fox II, he purchased the hunting tracts of Piney Island and Raccoon Key in northern Carteret County, an area "about the size of the main island of Bermuda," he wrote. The depression terminated his salesmanship days, and he turned completely to his cherished sports of hunting and fishing. He became manager of Camp Bryan, an exclusive hunting club in the forests between New Bern and Morehead City, where pheasants, turkeys, deer, and bear were plentiful. At the club, patronized by the wealthy and famous, baseball star Babe Ruth and humorist Irvin S. Cobb became his friends.

Baily's last years were spent in writing lyrics set to music by others, but songs like "Old North State—The Happy Land" (1941) were not commercially successful. He published The Autobiography of Waldron Baily in 1958. His six children were Natalie Marie (Mrs. Bert Graham), DeWitt Dearborn, Dykeman Waldron, Jr., Frances Irene (Mrs. Abbott Morris), Margaret Virginia (Mrs. T. Elwood Butt), and Josephine Holmes (Mrs. Hal Alford). Baily was an Episcopalian and a Democrat. He died in Morehead City and was buried in the Bonnerton Cemetery at Aurora.

The Autobiography of Waldron Baily (1958).