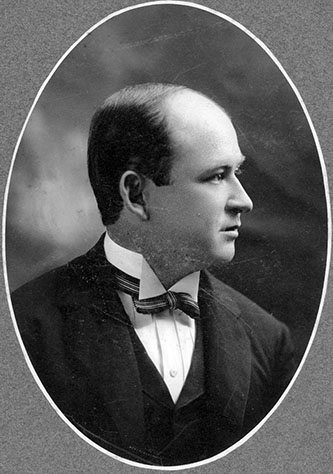 John Spencer Bassett, historian, was born at Tarboro, the second child of Richard Baxter Bassett and Mary Jane Wilson Bassett. His father had come from Virginia to eastern North Carolina as a builder and contractor shortly before the Civil War; his mother was the daughter of a Maine millwright who had moved to North Carolina a generation earlier. Richard Bassett enlisted in the Edgecombe Guards, First North Carolina Regiment, at the beginning of the Civil War, but after the Battle of Big Bethel he was transferred to the commissary department and engaged in the production of military supplies.

Bassett's education began in the public schools of Richlands and Goldsboro and was continued at the Jefferson Davis Military Academy at LaGrange. He entered Trinity College, then in Randolph County, as a junior in 1886 and was graduated in 1888. After teaching two years in the Durham public schools, he returned to Trinity as instructor in English and principal of the preparatory department. In 1891, partly under the influence of Stephen B. Weeks, a recent graduate of Johns Hopkins University and a professor at Trinity, he entered Hopkins and became a member of the famed Herbert Baxter Adams seminar. He was a Scholar and Fellow at Hopkins and was graduated in 1894 with a dissertation entitled The Constitutional Beginnings of North Carolina, 1663–1729. He returned to Trinity, by then removed to Durham, where he began a dozen active years of teaching, writing, and collecting southern Americana, following the practice of his predecessor, Weeks, who had organized the Trinity College Historical Society. Through the society, public appeals, and personal efforts, he began to build the resources of the library, of which he became the "manager" in 1900.

Drawbacks at Trinity, besides a small salary and limited opportunity for research, included what Bassett saw as an intellectual environment restricted by a lack of trained scholars, by political partisanship, by a narrow clergy, and by a public motivated more by patriotic bias than by objective attitudes. As an instructor in 1890, he had helped to organize a secret society for upperclassmen, "an assembly for the development of mankind in all relations to society." It was a scholarship society known as the "9019," and it was this organization that initially sponsored the South Atlantic Quarterly (1902–), which was to "be devoted to the literary, historical, and social development of the South." Bassett, the editor, intended to publish "sober and instructive articles" designed for "serious minded" southerners. During the forty months that he edited the journal, he attacked various facets of southern provincialism. It was not until the issue of October 1903, however, which carried his article, "Stirring Up the Fires of Race Antipathy," that "a storm of protest from North Carolina conservatives" brought demands that he resign as editor and be removed from the faculty of Trinity. His earlier studies of slavery in the state had been written with sympathy and understanding for both races, and he recognized the complexities of the system. His father and grandfather had owned slaves, never many, and with some reluctance, but they had taken no part in antislavery agitation. Bassett himself was a steady liberal, and he was unhappy about the recent disfranchisement of the black man in North Carolina by constitutional amendment (1900). In the South Atlantic Quarterly he had already written of the contrasting views on education of the two Negro leaders, Booker T. Washington and W. E. B. Du Bois. Washington advocated a practical, vocational type of education for the black; Du Bois rejected industrial training in favor of higher learning of a more classical sort. Bassett thought that there was room for both but that, under existing conditions, Washington's view was more applicable to the great majority of the black race. 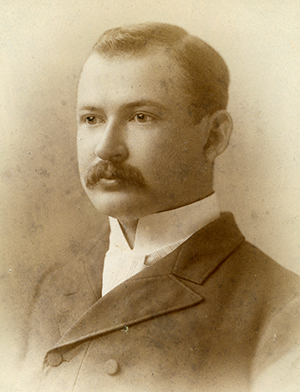 The public seemed to be unaware of the discussions in the South Atlantic until his controversial article appeared. It has been described as "for the most part a dispassionate discussion of the race problem in the South." It suggested that some blacks had made progress since emancipation and that many had not, but that of Booker T. Washington there could be no doubt: "Now Washington is a great and good man, a Christian statesman, and take him all in all the greatest man, save General Lee, born in the South in a hundred years; but he is not a typical negro." This sentence in particular, inserted as an afterthought, "to counteract the reactionary feeling in the Southern press," was not written "with the idea of raising a controversy"; yet he came to think that "the affair cleared the atmosphere to some extent with regard to the negro question. I think it showed some people in North Carolina that they were likely to get into trouble by cultivating the anti-negro spirit." Whatever the intention, a storm of protest followed. His explanation in the press that he had no thought of trying to bridge the gulf between the races, that he had "no thought of social equality," and that he was "thinking only of the industrial and civic outlook of the negro race" went unheeded. Led by Josephus Daniels, who reprinted the entire article in the Raleigh News and Observer, most of the press denounced Bassett in choice epithets and demanded that he be fired. For some time there had been a rivalry between state and private educational institutions in North Carolina, and an effort was made by some of the friends of state-supported schools to attack Trinity through Bassett. Daniels asserted his friendship for Trinity but denounced President John C. Kilgo, who had made "blunder after blunder," had "exhibited a spirit of venom," and had "shown contempt for tradition." Under the circumstances, Bassett offered to resign if the trustees requested it. Walter Hines Page, a former Trinity student, pointed out to B. N. Duke that the issue of freedom of thought and expression was involved, not the correctness of Bassett's opinion. Other leaders of opinion came to the support of Bassett, and when the trustees met, on 1 Dec. 1903, Kilgo made a plea in behalf of academic freedom. Unknown to the trustees, Kilgo had prepared a letter of resignation to be presented in case of an adverse decision, and he had received similar letters from the faculty. The trustees declined to accept Bassett's offer of resignation. Instead, they presented a strong statement in behalf of academic freedom, a statement prepared by Dean William P. Few with the assistance of William Garrott Brown, a visiting friend of both Few and Bassett. The episode put Trinity in a good light, for, as Page remarked, it presented "a chance to show the-whole world that there is at least one institution in the South and in North Carolina that is free."

Already Bassett was recognized outside the South as a productive scholar, and when the opportunity came in 1906 to go to Smith College with a higher salary, a lighter teaching load, and more opportunity for research, he accepted. Another reason for leaving Trinity was the conviction that he "could not write history and direct public sentiment" at the same time, and he was also afraid that he might be the cause of dissension on the faculty. He wrote Boyd, "I merely wanted a peaceful atmosphere." He continued to have a warm interest in Trinity and in the promotion of historical activities in the South, but his own writing shifted largely to other fields.

The Federalist System was published shortly before he left Trinity. It was a sound and readable volume, produced in a remarkably short time, though without recourse to manuscript sources, and it was well received. His next significant work was a two-volume biography of Andrew Jackson, begun in a preliminary way at Trinity but not published until 1911. A massive work, although not lively, it was probably important in preparing the way for broader studies of the Jackson era, as was his six-volume edition of the Correspondence of Andrew Jackson (1926–35). In 1915 he began the Smith College Studies in History, "the first learned publication of that college," and in volume 6 (1921) he published "The Westover Journal of John A. Selden, Esqr., 1838–1862," owner of a plantation once owned by the Byrds. His last significant volume touching the South, The Plantation Overseer as Revealed in His Letters, followed in 1925. These letters, from overseers in the James K. Polk plantation in Mississippi, showed the practical problems of plantation management, the actual workings of the slave system, and the limitations of most of the overseers.

Perhaps Bassett's most famous book, and the most rewarding financially, was A Short History of the United States (1913), which went into many editions and was extensively used as a college text. He wrote Expansion and Reform, 1889–1926 (1926) for a series, and he contributed a volume to the Pageant of America: A Pictorial History of the United States (1928). Several of his works touched on historians and historiography; in The Middle Group of American Historians (1917) were essays on Jared Sparks, George Bancroft, William H. Prescott, John L. Motley, and Peter Force. He later edited some correspondence of Sparks and Bancroft and also letters of Parkman to Pierre Margry; both were published in the Smith College Studies in History (1917, 1923). He edited The Writing of History (1926), to which he contributed an essay, "The Present State of History Writing." Events of World War I diverted him to international affairs, and he subsequently published The Lost Fruits of Waterloo (1918), Our War with Germany (1919), and The League of Nations: A Chapter in World Politics (1928).

Although many of his writings have been superseded, he was a notable pioneer in American historiography. He became increasingly influential in the councils of the American Historical Association, and in 1919 he was elected secretary; he soon became active in a movement to endow the organization. He remained secretary until his death, which resulted from a street accident in Washington, D.C., while he was on his way to a meeting of the American Council of Learned Societies.

He was married on 19 Aug. 1892 to Jessie Lewellyn of Durham; they were the parents of a son, Richard Horace, and a daughter, Margaret Byrd.