James Boyd, novelist, was born in Harrisburg, Pa. He was the eldest son of Eleanor Gilmore Herr and John Yeomans Boyd, a prominent businessman, Presbyterian layman, and heir to a fortune based upon an iron and coal business in central Pennsylvania dating from the middle of the nineteenth century. Near the end of the century, Boyd's grandfather purchased a large tract of land near Southern Pines and established a residence that later became the novelist's permanent home.

Boyd attended the Hill School in Pottstown, Pa. (1901–6), received an undergraduate degree from Princeton University (1910), and spent two further years in study at Trinity College, Cambridge. He joined the faculty of Harrisburg Academy in 1912 as an English and French teacher. Recurrent illness forced his retirement from teaching after only two years and led to an extended period of convalescence in Southern Pines, where he had visited periodically with his parents since early childhood. Following brief employment on the editorial staff of Country Life in America during the fall of 1916 and a short period of volunteer work with the Red Cross, Boyd received a commission as second lieutenant in the U.S. Army Ambulance Service on 28 Aug. 1917. As commanding officer of Ambulance Service Section 520, he served briefly in Italy in June 1918 and subsequently in France, where he participated in the St. Mihiel campaign and the Meuse-Argonne offensives. He was discharged on 2 July 1919.

At the end of 1919, Boyd moved permanently to Southern Pines and began his career as a writer. He had written stories, poetry, and plays intermittently since his early teens but, during his employment on the staff of the Harrisburg Patriot in 1910 and Country Life in 1916, had published nothing except news stories, minor articles, and cartoons. His move to North Carolina was a crucial event in his career. The move dictated partly by his desire for a quiet place to work and a milder climate than that offered by central Pennsylvania, was motivated primarily by a strong personal attachment to the Sandhills region developed during earlier visits with his parents and grandparents. The region was to provide him with materials for much of his writing during the next twenty-five years.

By 1930, Boyd's articles and stories had begun to appear regularly in Scribner's Magazine, Century Magazine, American Mercury, and elsewhere. Stories with recognizable North Carolina settings include "Sound of a Voice" (1921), "Old Pines" (1921), "Verse on the Window" (1922), "Shif'less" (1922), and others. Boyd continued to publish stories and other short pieces for more than fifteen years, but by 1922 he had turned his attention primarily to the historical novels that were to consume most of his creative energy and upon which his literary reputation chiefly rests. 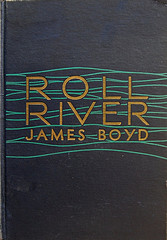 Three of Boyd's five historical novels are set wholly or partially in North Carolina, which he once called "the least romantic but most distinctive and solid of the Southern states." Drums (1925), acclaimed by many critics as the best novel ever written about the American Revolution, is set largely in Edenton. Marching On (1927), a novel of the Civil War, is set mostly in Wilmington and elsewhere in the coastal region. Long Hunt (1930), about the long hunters on the trans-Appalachian frontier during the late eighteenth century, has its opening scenes set in the western part of the state. Two additional novels were Roll River (1935), a partly autobiographical account of a Pennsylvania industrial family at the turn of the twentieth century, which reveals much about the background of Boyd's family in Pennsylvania before he established himself in North Carolina, and Bitter Creek (1939), Boyd's last novel, set in the Wyoming cattle country in the 1890s.

Boyd's work drew him into close relationships with many other North Carolina writers, as well as with those from outside the state who wrote about the South. Among them were Paul Green, Thomas Wolfe, Sherwood Anderson, William Faulkner, Struthers Burt, and John Galsworthy. During the year 1927–28, Boyd served as president of the North Carolina Literary and Historical Association. In 1938 he was awarded an honorary degree by The University of North Carolina, in recognition of his service to arts and letters in the state. In 1939 he was elected to the original board of the North Carolina Society for the Preservation of Antiquities. National recognition of his work included election to the National Institute of Arts and Letters in 1937 and to the Society of American Historians in 1939.

Boyd's novels, especially Drums and Roll River, were enthusiastically received by both critics and the reading public and have recently come to be recognized as representing major steps in the development of the historical novel as a genre, carrying it beyond the older historical romance through greater historical accuracy, psychological and sociological awareness, moral and aesthetic sensitivity, and formal control. 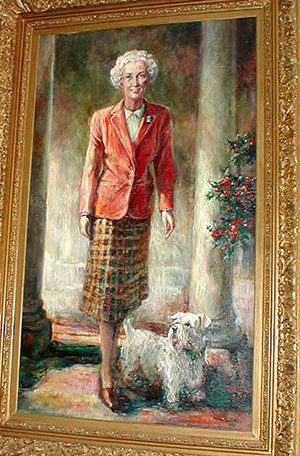 In 1940, Boyd organized and served as national chairman of the Free Company of Players, a group of American writers concerned about the antidemocratic attitudes beginning to manifest themselves in American life as a result of the war in Europe. The group, which included Orson Welles, Archibald MacLeish, Paul Green, William Saroyan, Stephen V. Benét, Sherwood Anderson, and others, produced and broadcast a series of original radio plays early in 1941. Their defense of constitutionally guaranteed freedoms during a period of national emergency incurred the wrath of conservative interests, who took the plays to be subversive or un-American. Right-wing opposition to the plays was led by the Hearst newspapers. William Randolph Hearst had been embroiled for several months in a controversy with Orson Welles, a member of the Free Company, whose movie Citizen Kane, widely assumed to be a portrait of Hearst, premiered in New York during the early Free Company broadcasts. Joined by the Veterans of Foreign Wars, the Hearst opposition proved formidable but did not succeed in stopping the Free Company series.

In 1941, Boyd bought and became editor of the Southern Pines Pilot, which he transformed from a conservative, nearly defunct country weekly to a progressive regional newspaper repeatedly honored for its excellence by the North Carolina Press Association.

Boyd was married on 15 Dec. 1917 to Katharine Lamont of Millbrook, N.Y., daughter of Daniel Scott Lamont, who was secretary and aide to President Grover Cleveland during Cleveland's first administration and secretary of war during his second. Their three children were James, Jr. (b. 1922), Daniel Lamont (b. 1924), and Nancy (b. 1927). In politics, Boyd was a liberal Democrat. He maintained no formal religious affiliation. Throughout his residence at Southern Pines, he was an avid fox-hunter; he was founder and master of the Moore County Hounds, one of the outstanding hunts in the United States.

Boyd suffered a fatal cerebral attack while attending a seminar on American customs with a group of British army officers at Princeton University. His ashes were returned to Southern Pines for burial on the family property. His Eighteen Poems, written toward the end of his life, appeared a few months later.