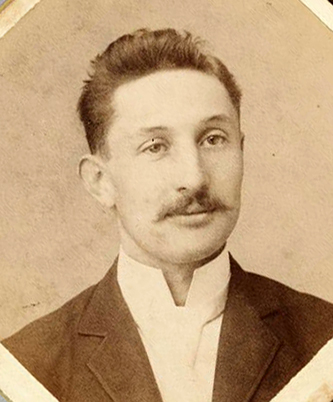 Caleb Davis Bradham, founder of Pepsi-Cola, pharmacist, and Shriner, was born at Chinquapin, Duplin County, the son of George Washington and Julia McCann Bradham. He was of English and Scotch-Irish descent, and his American background included a great-great-great grandfather, John McCann, who was an officer in George Washington's army. He studied medicine at The University of North Carolina from 1886 to 1888 and then the University of Maryland from 1888 to 1889. While in Baltimore, he completed his pharmacy apprenticeship training at Lilly Rogers and Company. Back home, his family had financial troubles, thus Bradham ran out of funds to complete his schooling and returned home to teach in the Vance Academy in New Bern, a private school run by Appleton and Augusta Oaksmith.

Bradham obtained his pharmacist license in North Carolina on July 9, 1895. He then purchased a New Bern drug store and established Bradham's Pharmacy, where the Pepsi-Cola story began. It was his pleasure to concoct soft drinks for the friends always gathered around his soda fountain. With his medical background and his knowledge of compounding prescriptions, it was natural for him to experiment with new flavor combinations. In the late 1890s he produced a beverage of his own creation and began offering it at his fountain. It was successful immediately and his friends promptly named it "Brad's drink." In 1898, however, for reasons no one knows, young Bradham changed the name to "Pepsi-Cola."

In 1902, the year he married Sarah Charity Credle of New Bern, he turned his drug store over to an assistant so he could devote more time to developing Pepsi-Cola into a full business. His application to register "Pepsi-Cola" as his trademark was filed September 23, 1902 and is the earliest dated document in the history of the company. The U.S. Patent Office accepted the mark and registered it on June 16, 1903. In April of the same year the trademark was registered in the Office of the Secretary of State of North Carolina.

Bradham also joined the North Carolina Board of Pharmacy in 1903. He was an active member until September 8, 1909 when he resigned "on account of [his] increasing business which require[d] all of [his] time."

Bradham formed the first Pepsi-Cola Company in December 1902, and it became a corporation under the laws of North Carolina. It began in the back room of the drug store and was an immediate local success. He mixed his syrup, packaged it, and went out to build sales. He was a popular man and a superb salesman, and it was not long before his drink became a nationally known product. He franchised other territories in rapid succession until, by the end of 1910, there were at least three hundred bottlers spread over twenty-four states. He continued to prosper until after World War I; then, despite a hard fight, the rise and fall of the sugar market caused his twenty-year-old company to fail. At this time, the technology of bottling had not been perfected, and Bradham knew little of advertising and marketing. It was said that "he had a modern business in the wrong decades; he was a third of a century ahead of his time." 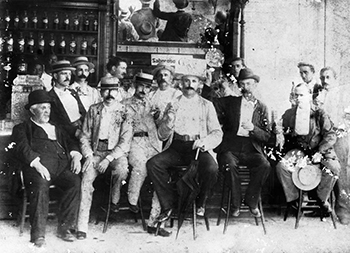 Although Bradham found his business engrossing, it did not monopolize his life. He went far in the Shriners and was made recorder of the Sudan Temple. In 1930 he was retired as "Recorder Emeritus." He was a bank officer and honorary president of a state-owned railroad. He was one of the founders of the North Carolina Naval Militia, with headquarters in New Bern; later it became the Naval Reserve. When he retired, he did so with the rank of rear admiral.

Bradham was interested in and always supported the School of Pharmacy of The University of North Carolina. In 1901 he offered the Bradham Prize to the student making the highest average during the two (later three) years of study. He continued to give the prize until 1930, shortly before his death.

He enjoyed boating, hunting, and fishing and was considered a fine marksman. He was a member of the Presbyterian church and a lifelong Democrat.

Noble, Alice. The School of Pharmacy of the University of North Carolina (1961).