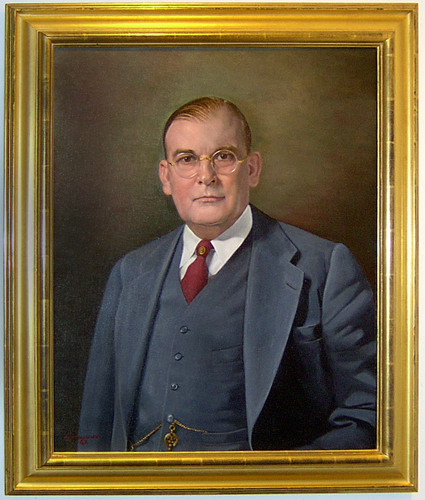 Joseph Penn Breedlove, college and university librarian, was born near Oxford, the son of John Henry and Susan Caroline Hunt Breedlove. His formal education was received at Horner's School in Oxford and Trinity College, from which he received a B.A. degree in 1898 and an M.A. in 1902. He was librarian of Trinity College and Duke University from the summer of 1898 to September 1939 and acting librarian from April 1943 through August 1946, thus serving his alma mater over a span of forty-eight years. He directed the library during the important years of the institution's transition from a college to a university. During the period from 1939 to 1943 he retained, as librarian emeritus, certain administrative duties; and between 1946 and his death he completed a history of the library, Duke University Library, 1840–1940: a Brief Account with Reminiscences, published by the Friends of the Duke University Library in 1955.

Breedlove was the second full-time librarian of Trinity College (the first served for only one year, 1894–95). Most of his predecessors were students or professors in the college. He assumed control of a collection of about ten thousand volumes, many of which had been given to the college by the Columbian and Hesperian literary societies in 1887. Upon appointment, his most pressing responsibility, as the only full-time member of the staff, was to classify and catalog the book collection. In preparation for these responsibilities, he spent the summer of 1900 attending Amherst College, where classes in library technology were taught by William Isaac Fletcher, a distinguished pioneer in the field of librarianship. Before the cataloging and classification were completed, Breedlove became involved in the pleasant work of planning Trinity's first library building. Completed in 1903, it was a gift from James Buchanan Duke, who later created the Duke Endowment and made possible the founding of Duke University. Breedlove was to assist in the planning of two more library buildings for the college and the university: the present East Campus Library, occupied in 1926, and the first unit of the General Library, completed in 1930. When he retired in 1946, the library had grown to almost a million volumes, and the staff, which consisted of only a single person in 1898, included seventy full-time employees.

Breedlove was one of the founders of the North Carolina Library Association and was its president in 1911 and 1912. He was a Democrat and a Methodist and at the time of his death was an honorary member of the board of stewards of the Duke Memorial Methodist Church. He was a member of Kappa Alpha Fraternity, Phi Beta Kappa, the Faculty Club of Duke University, and Omicron Delta Kappa and "9019" honorary fraternities. He was twice married: in 1905 to Bessie Bassett, who died in 1912, and in 1917 to Lucille Aiken. By his first marriage he had one daughter and by his second a son and a daughter.

Funeral services were held in the Duke University Chapel, and burial was in the Maplewood Cemetery, Durham. His portrait hangs in the Joseph Penn Breedlove Room in the Perkins Library of Duke University.