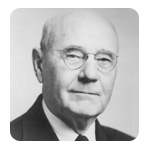 Charles Edward Brewer, chemist and college president, was born in Wake Forest, the son of John Marchant Brewer, farmer, of Nansemond County, Va., and Ann Eliza Wait Brewer. She was the daughter of Samuel Wait, one of the fourteen founders of the North Carolina Baptist State Convention and the first president of Wake Forest College. Charles Edward was the youngest of ten children; the oldest, John Bruce, was for fifteen years president of Chowan College in Murfreesboro. The younger Brewer, prepared for college in Vine Hill Academy in Scotland Neck, received a B.A. (1885) and an M.A. (1886) from Wake Forest. He did further graduate study at Johns Hopkins University and at Cornell University, where he was made a member of Sigma Xi and received a Ph.D. in 1900. LL.D. degrees were conferred upon him by both Wake Forest College and Baylor University.

From 1889 to 1915, Brewer was professor of chemistry at Wake Forest; during the last three years of that period he was also dean of the faculty. In 1915 he was elected president of Meredith College in Raleigh, a position he held until 1939. For the last two years of his life he was president emeritus and professor of chemistry there. The twenty-four years of Brewer's presidency were among the most difficult of Meredith's existence. That Brewer came through them successfully was due in large measure to his remarkable administrative ability and his wholehearted devotion to the school. In 1925 the college was moved from a crowded city plot of less than four acres to its present 182-acre site three miles west of the capitol. To finance the move, a bond issue of $750,000 supplemented the amount realized from the sale of the original site. The nation-wide depression made it increasingly difficult to meet the bonds as they matured or even to keep up the interest on them, and the college was in grave danger of having to close its doors. The depression also caused a sharp decline in enrollment. Notwithstanding these difficulties, Meredith continued not only to exist but to prosper. During Brewer's administration, current expenses were met each year; the endowment was increased from $127,000 to $531,162; and the college property increased in value from $284,950 to $1,430,568. Although Brewer's first ten years at Meredith were spent on the old campus, where little or no growth was possible, and although the five years of the depression caused a sharp decline in enrollment, the student body grew from 383 to 583 and the faculty and staff from thirty to sixty-four. The president's warm interest in each student and faculty member helped keep up the morale of the college during those discouraging years. 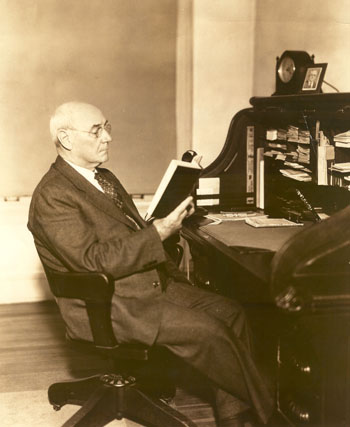 Even more significant than the material advance was Meredith's remarkable academic progress during Brewer's presidency, progress evidenced by recognition from accrediting agencies as well as by the success of students who went on to graduate schools. In 1921 the school was admitted to membership in the Association of Colleges and Secondary Schools of the Southern States; in 1924 its A.B. graduates were admitted to the American Association of University Women; and in 1928 it was placed on the list of colleges approved by the American Association of Universities, a distinction at that time accorded to only three other institutions in North Carolina, none of them colleges for women. Brewer was a member of the North Carolina College Conference and in 1922 was elected president of the North Carolina Education Association.

Brewer's influence extended beyond educational circles; he was also active in the work of the Baptist denomination in North Carolina. The Glen Royall Baptist Church in Wake Forest had its origin in the Sunday school he organized and served as superintendent until he moved away. In the First Baptist Church of Raleigh he was a deacon, a member of the choir, and for more than twenty years teacher of a large Bible class for men. He was recording secretary of the Baptist State Convention from 1908 until 1915, when he became chairman of the Layman's Missionary Movement in North Carolina. His activities in the Junior Order of American Mechanics went beyond the state: from 1911 to 1935 he served as a trustee of the National Orphans' Homes of that organization in Lexington and in Tiffin, Ohio; and he was first a state councilor, then a national vice-councilor, then a national councilor for the Order.

On 28 Oct. 1891, Brewer married Love Estelle Bell of Shawboro, daughter of Joseph Etheridge Cartwright Bell and Ellen Dozier Bell. The Brewers had four children—Joseph Bell, Ellen Dozier, Ann Eliza, and Charles Edward. The daughters carried on the educational tradition of their great-grandfather, father, and uncle: the elder at Meredith for forty-six years, the younger at Brenau College in Gainesville, Ga., for thirty years. Brewer died in Raleigh and was buried in the Wake Forest Cemetery. A portrait painted by L. E. Gebhardt and presented to Meredith by the class of 1924 is in Livingston Johnson Administration Building; another is in the classroom of the Jones-Brewer Bible class in the First Baptist Church of Raleigh.

Meredith College, minutes of the board of trustees and of the faculty and college publications, 1915–41.