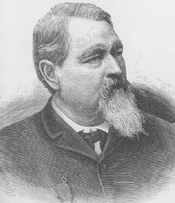 Robert Bullock, lawyer, soldier, judge, state legislator, and congressman, was born in Greenville, Pitt County. His father, Richard Bullock, and his mother, whose maiden name was Pannell, were also North Carolinians. Moving to Florida in 1844, Bullock settled in Marion County at Fort King, near present day Ocala, and began teaching school. He became clerk of the circuit court in 1851 and held the position for six years. He was married in 1852 to Amanda L. Waterman of Ocala.

When Indian troubles erupted on the Florida frontier in 1856, Bullock was commissioned by the governor to organize an independent company of mounted volunteers. As captain, he remained in the field for some eighteen months. On his return to Ocala, he studied law in the office of St. George Rogers and was admitted to the bar in 1861. In March 1862 he organized a company of troops and was elected captain. When Company G became part of the Seventh Florida Infantry, he was named regimental lieutenant colonel. After a few weeks at New Smyrna protecting the coast against Federal gunboats, Bullock was ordered to Tennessee to join Bragg's army. He served in the Kentucky campaign under General Edmund Kirby Smith, fighting at the Battle of Richmond. Promoted to colonel, he participated in the Tullahoma campaign and the Battle of Chickamauga. At Missionary Ridge, 25 Nov. 1863, he was captured and taken as a prisoner to Johnson's Island, Lake Erie.

Released for service by exchange in March 1864, Bullock resumed command of his regiment, and at the Battle of Resaca, when General J. J. Finley was wounded, he became brigade commander. The senior colonels entered a vigorous protest against this distinction of a junior officer, but he was eventually confirmed in rank as brigadier general as of 29 Nov. 1864. He was in command of the brigades at Kennesaw Mountain, Dallas, Peachtree Creek, and Atlanta and was severely wounded at Utoy Creek. Rejoining his command after the fall of Atlanta, he led his men through the fighting along the railroad toward Chattanooga and the Battle of Franklin (Tennessee), where he was slightly wounded. While engaged with Nathan Bedford Forrest at Murfreesboro in December 1864, he was again severely wounded and was released from service. 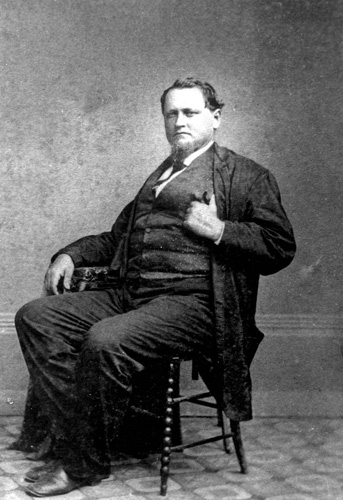 Returning to Ocala, Bullock took up once more the practice of law and became involved in a number of business enterprises, including a mercantile firm, a plantation he had rented, a cedar-cutting operation, and a contract to haul logs for another cedar company. He also managed a large herd of cattle at Orlando. Appointed judge of the probate court, he also served as a Freedman's Bureau agent. It was noted that he executed these responsibilities with racial equality; he was described even by Union officials as "a fairminded man." Settling many legal disputes by compromise, he eliminated the costs of trials and the problems of prejudicial juries.

Bullock was a partisan conservative Democrat, and notwithstanding his good Freedman's Bureau record, it came as no surprise when he was removed as judge during the Reconstruction days of 1868. He was nominated for lieutenant governor by the party convention meeting in Jacksonville in 1872. It was a Republican year in Florida, however, and he was not successful. In 1875 he lost a bid to be elected U.S. senator, but in the following year he was a presidential elector in the Tilden campaign. In 1878, Bullock resisted efforts of his friends to put his name up for nomination for congressman. Serving in the state legislature from Marion County in 1879, he was aligned with the Bourbon Democrats. In 1880 he came within one vote of being nominated U.S. senator by the legislature. He was a candidate for the Democratic party gubernatorial nomination in 1888 but lost this bid, also.

In 1881 he had become clerk of the circuit court, and he held that position until his election in 1889 to Congress. He served two terms and then refused renomination in 1892 in order to take over management of the orange and lemon groves he had acquired at Lake Weir. The great freeze of February 1895 forced his return to Ocala, where he was appointed judge of the Fifth Judicial District. He was elected to a four-year term in 1903 and was serving in that capacity when he died.

Board of State Institutions, Soldiers of Florida in the Seminole Indian, Civil, and Spanish-American Wars (1903).