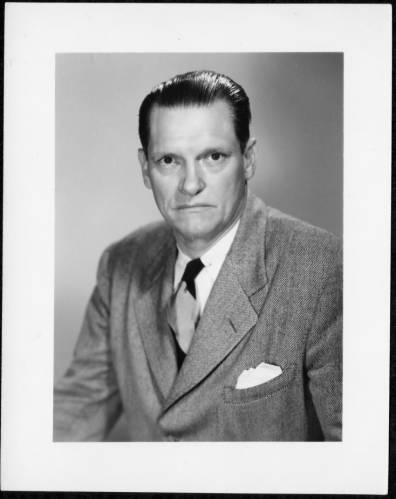 William Donald Carmichael, Jr., vice-president of The University of North Carolina, was born in Durham, one of four sons of William Donald and Margaret McCaull Carmichael. He was educated in the Durham public schools and served from 1918 to 1919 as a private in the U.S. Army Air Corps. He was graduated with a degree in commerce from The University of North Carolina in 1921. There he was an outstanding basketball player, playing on the team that won the Southern Intercollegiate Athletic Association Championship in 1921.

In 1940 he returned to Chapel Hill to serve as finance officer for the consolidated University of North Carolina. His title changed several times, but whether as finance officer, comptroller, or vice-president, he raised millions of dollars for the university from the legislature, foundations and corporations, and individuals. He served as acting president of the university in 1949–50, after Frank Graham resigned to accept an appointment as U.S. senator.

Carmichael's work reached to all areas of the consolidated university, and his influence was felt throughout the state. He brought to his work great charm and humor, delighting in a good story. Major achievements included his work with Kay Kyser in beginning the Good Health Campaign in the state and the establishment of the four-year teaching hospital at Chapel Hill. Without public funds he brought educational television to the three campuses at Raleigh, Chapel Hill, and Greensboro. When John Motley Morehead gave the university the Morehead Planetarium and established a scholarship program, Carmichael aided in administering this gift.

Carmichael was chairman of the governor's Advisory Commission on Atomic Energy in 1956. He was a member of the executive committee of the Boy Scouts, the Sons of the American Revolution, Kappa Sigma, and Sigma Upsilon. He served as chairman of the Roanoke Island Historical Association and was instrumental in the reopening of the production of The Lost Colony in 1946. He was also active in the construction of Reynolds Coliseum in Raleigh.