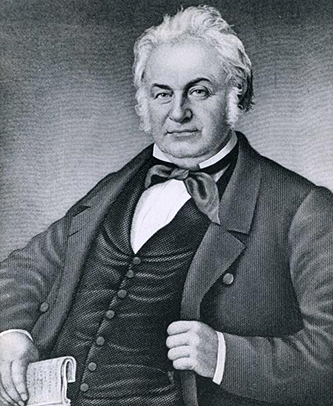 John Motley Morehead, governor and railroad promoter, was born in Pittsylvania County, Va., the son of John and Obedience Motley Morehead. The family moved to Rockingham County, N.C., when John Motley was two years old. He was educated by Dr. David Caldwell at his school near Greensboro and at The University of North Carolina, from which he was graduated in 1817. Morehead then studied law with Archibald D. Murphey and was admitted to the bar in 1819. Afterwards he began practicing law in Wentworth, the county seat of Rockingham County.

Morehead soon became involved in local politics and represented Rockingham County in the House of Commons during the 1821 session. After moving to Greensboro and beginning to practice there, he represented Guilford County in the house during the sessions of 1826–27 and 1827–28. His next political involvement was as a delegate to the North Carolina Constitutional Convention of 1835, where he ably represented Guilford County's interests in the successful attempt to equalize political representation between the eastern and western counties of the state.

In the 1830s Morehead became a promoter of internal improvements, particularly the development of transportation to the western part of the state. His advocacy of this cause made him a leader in the North Carolina Whig party, which strongly supported internal improvements as one of its fundamental tenets. Morehead won the governorship in 1840 and again in 1842, defeating in turn Democratic candidates Romulus M. Saunders and Louis D. Henry. As governor he supported internal improvements legislation, including state aid to railroad development, the building of highways, and the improvement of navigation, but his efforts were thwarted by a Democratic majority in the General Assembly. He did succeed in establishing a school for the deaf in Raleigh to which blind students were later admitted. The successor of this school, now exclusively for the sight impaired, bears his name. 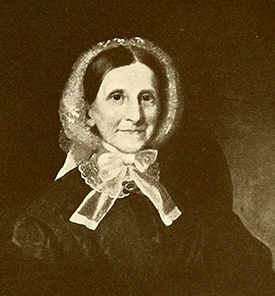 After his two gubernatorial terms, Morehead continued his interest in developing the transportation resources of North Carolina. He became president of the North Carolina Railroad and a promoter of the Atlantic and North Carolina Railroad and the Western North Carolina Railroad, devoting most of his time in the 1850s to these endeavors. In 1858–59 he reentered politics as Guilford County's representative in the House of Commons, and in 1860–61 he represented the county in the senate. In February 1861 he served as a delegate to the abortive "Peace Conference" held in Washington to stave off a civil war. Morehead resigned from the senate after North Carolina joined the Confederacy and was one of the state's delegates to the Confederate Provisional Congress during 1861–62. This service terminated his formal political career.

On 6 Sept. 1821 he married Ann Eliza Lindsay of Guilford County. They had eight children, including James Turner and Eugene Lindsay. Morehead died at Alum Springs, Rockbridge, Va., and was buried in the yard of the First Presbyterian Church, Greensboro.

Connor, R. D. W. Exercises in connection with the presentation to the state by the North Carolina Historical Commission of a bust of John Motley Morehead : Hall of the House of Representatives, December 4, 1912. North Carolina? : s.n. 1912. https://archive.org/details/exercisesinconne00conn (accessed March 12, 2013).