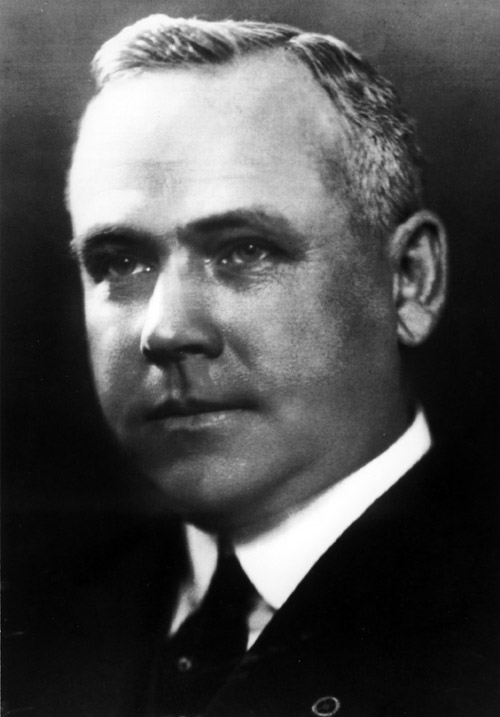 David Clark, founder and publisher of The Textile Bulletin, was born in Raleigh to Susan Washington Graham and Walter Clark, chief justice of the state supreme court. After attending the Raleigh Male Academy, Clark enrolled in North Carolina State College. At eighteen he received a bachelor of engineering degree. During the period 1895–97 he taught mechanical drawing and took additional courses. He was graduated in 1896 with a degree in mechanical engineering and in 1897 with a degree in civil engineering. While a student he played on the college football and baseball teams for three years. In 1897 Clark enrolled at Cornell University to continue his engineering studies. Though he left Cornell in the spring of 1898 to serve in the Spanish-American War, he was awarded a mechanical engineering degree in absentia. Clark entered the military as an adjutant but afterward became captain of Company M, Second North Carolina Voluntary Infantry.

After returning to North Carolina from the service, Clark entered the cotton textile industry as a sweeper for fifty cents a day in the Ada Cotton Mill of Charlotte. He then worked for D. A. Tomkins Company of Charlotte as a mill engineer for about a year before starting his own cotton mill. His business failed in the panic of 1907, and Clark turned to journalism for employment. He became editor of the Textile Manufacturer, published by W. C. Dowd of the Charlotte News. In 1910 Clark quit working for the Textile Manufacturer, turned down an engineering job in Brazil, and decided to start his own journal. After a trial issue in January, the first issue of The Southern Textile Bulletin appeared on 2 Mar. 1911. In 1937 his flourishing company, Clark Publishing, started another publication, The Knitter, for the knitgoods trade. In later years Clark-Smith Publishing Company began Southern Hospitals, Municipal South, and Southern Optometrist. Clark worked as president of Clark Publishing, of Clark-Smith Publishing, and of Washburn Printing, a commercial printing house. Clark helped organize the Southern Textile Association in 1908 and served as its treasurer from 1908 to 1913. He also played a major role in establishing the Southern Textile Exposition in Greenville, S.C., in 1917. He joined his brother John Washington Clark in 1923 to establish Randolph Mills and was a member of its board of directors.

Clark served for many years on the athletic council of North Carolina State College and enthusiastically supported the college's teams. He helped raise money to build Reynolds Coliseum in Raleigh, and was instrumental in establishing the Textile Foundation at State College. In 1963 Mangum Hall on the State College campus became the David Clark Laboratories which housed the textile chemistry department and research facilities for the School of Textiles. Clark served for many years on the Board of Trustees of the Consolidated University of North Carolina but was frequently accused of attacking President Frank Graham and The University of North Carolina at Chapel Hill. Clark claimed in 1940 to be a friend of the university and only to oppose "a small group of radicals whom I regard as a cancer upon the institution." In particular he criticized professors he thought were communists, socialists, or atheists.

The Charlotte Observer described Clark as "a volunteer spokesman for an ultra-conservative philosophy in business and educational matters" and "a stirrer-upper of no mean proportions." He opposed child labor laws, shorter hours for women workers, and all attempts by unions to organize workers. The unofficial spokesman for the textile industry, Clark favored a North-South wage differential, which kept the wages of Southern workers lower than the wages paid workers in the North. In 1948 Clark was co-chairman of the States' Rights Party in North Carolina and campaigned for Strom Thurmond.

Clark belonged to the Democratic party and was a charter member of the Myers Park Methodist Church where he served as a steward. He was also a member of the Charlotte Country Club, the Charlotte Chamber of Commerce, the Masons, the City Club, and the Charlotte Textile Club. He married Aileen Butt on 8 Apr. 1916. He died in a Charlotte hospital after a heart attack and was buried in Raleigh's Oakwood Cemetery.

David Clark, editor and publisher of The Textile Bulletin and The Knitter, and North Carolina State College alumnus, in his office: http://historicalstate.lib.ncsu.edu/catalog/0004358