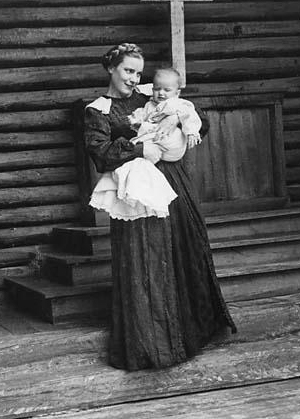 Eleanor White Dare, a member of the "Lost Colony" of 1587, was the daughter of Governor John White of that colony. Her name appears first in the list of women of the "Lost Colony." Her daughter, Virginia, was born less than a month after the colony landed.

Horn, James. A Kingdom Strange: The Brief and Tragic History of the Lost Colony of Roanoke. Philadelphia, Penn.: Basic Books, 2011.

You've got it all wrong.

You've got it all wrong.