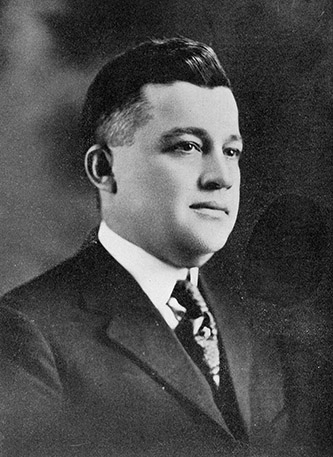 Richard Tillman Fountain, lawyer, legislator, lieutenant governor, and gubernatorial candidate, was born at Cedar Lane near Tarboro, the son of Almon Leonidas and Sarah Louisa Eagles Fountain. After attending Edgecombe County schools and Tarboro Male Academy, he entered The University of North Carolina where he received a law degree in 1907. During the same year he began to practice law in Rocky Mount. From 1911 to 1918 he served as the first judge of the Rocky Mount municipal court, and from 1919 to 1927 he represented Edgecombe County in the North Carolina House of Representatives. During the 1927 session of the General Assembly he served as speaker of the house. The following year he was elected lieutenant governor of North Carolina and served from 1929 to 1932.

In 1932 Fountain sought the Democratic nomination for governor, running against J. C. B. Ehringhaus of Elizabeth City and Allen Jay Maxwell of Raleigh. Fountain ran as an anti-administration liberal and a champion of the common man. He strongly opposed the centralization policies of the O. Max Gardner administration and the "machine politics" of his major opponent. After a first primary defeat of less than 50,000 votes, Fountain demanded a runoff. Campaigning virtually without funds or political organization, he lost the second primary by only 13,000 votes (182,055 for Ehringhaus to 168,971 for Fountain).

In 1936 and again in 1942 Fountain unsuccessfully challenged the incumbent, Josiah W. Bailey, for the Democratic nomination for U.S. senator. Once more operating on a very limited budget, Fountain polled 184,000 votes in 1936.