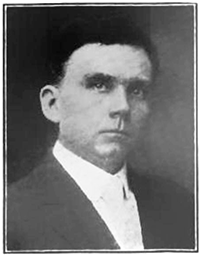 Charles Lewis Fowler, minister and educator, was born on a farm near Monroe, the son of Thomas Lafayette and Alice Riggins Fowler. Educated at Weddington Academy, Union County, at Furman University (A.B., 1904), and at the Newton Theological Seminary, Newton, Mass., Fowler entered the ministry of the Baptist church and served four years (1907–11) as pastor of the First Baptist Church, Clinton, S.C. In 1911, he gave up preaching to become president of tiny Lexington College, Mo. Three years later he became "co-president" of Cox College, Atlanta, a women's institution. While president, he undertook a wholesale renovation of the curriculum. Fowler left Cox in 1917 to found his own college, Lanier University, in Atlanta.

At the time, Atlanta was in the midst of a college building boom. In less than a decade Agnes Scott Institute had achieved collegiate status, Emory College had left the small town of Oxford, Ga., and moved to Atlanta to become a university, and Oglethorpe University had been revivified and located there. Fowler planned to capitalize on this enthusiasm, hoping that Lanier would receive substantial support from the community. In an attempt to show that his college filled a definite need, he promoted it as the state's first coeducational Baptist institution. Prominent Atlanta businessmen joined in the successful attempt to win a charter for Lanier, while numerous prominent Georgians participated in its opening ceremonies in the autumn of 1917. One hundred and forty students enrolled initially, a respectable number when compared to the enrollments of Atlanta's other white colleges. Fowler undertook successful public relations campaigns, regularly announced major financial gifts to the institution, and conducted a capital campaign intended to raise money to build a campus near Emory University in the fashionable Druid Hills area of the city.

When the Georgia Baptist Association rebuffed efforts to include Lanier in its system of higher education, Fowler began to shift the emphasis of the college from a religious to a more secular orientation. Now Lanier would be known as an "All-Southern" college, a term that Fowler had unsuccessfully sought to attach to Cox College. The projected campus would also reflect this orientation, with each building constructed as a replica of some famous southern edifice. The main building, which stood at the entrance to the campus, was a copy of Robert E. Lee's Arlington Hall.

In addition, Lanier's curriculum began to take on an "All-Southern" cast as a number of courses were added to glorify the southern heritage. Prominent among these was a course in Civil War and Reconstruction history to be taught by the institution's special lecturer in southern history, "Colonel W. J. Simmons, A.B., L.L.D. and Ph.D." Simmons, of course, was Imperial Wizard of the rejuvenated Ku Klux Klan. Soon there were other suggestions of Klan involvement when Klan sympathizers were appointed to the board of trustees and it was rumored that Fowler himself had become a Klansman.

The school fell on hard times, however, and it began to appear that it had few real assets. Although there were announcements of new gifts to the institution, the financial structure of Lanier began to collapse in 1920. By the spring of 1921, faculty members threatened to sue for back pay, the college could not meet its other debts, and Fowler began to explore the possibility that the Klan might come to the rescue. The Klan agreed to assume the college's debts if new trustees were elected, the institution became nonsectarian, and Colonel Simmons was named president. College officials consented and Lanier University officially and publicly became the property of the Klan. Simmons declared that Lanier would be a "One Hundred Per Cent University," whose primary task would be to save white civilization from "submergence" by nonwhites. 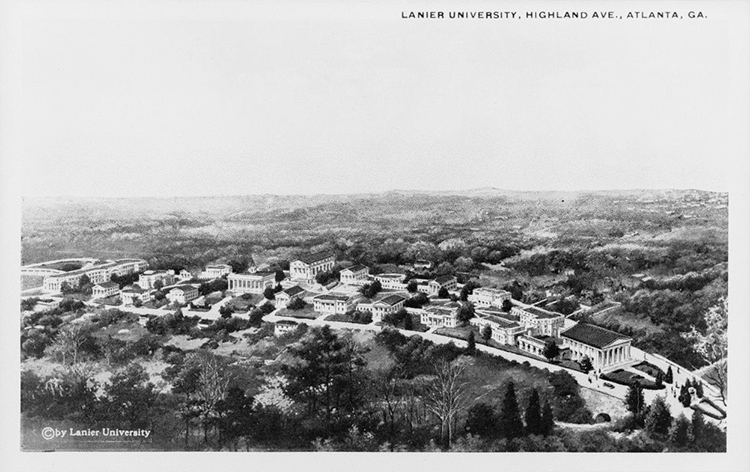 Despite considerable ballyhooing by the Klan, the college was doomed. Atlantans were not ready to support such an institution and apparently the Klan's membership was not impressed with announced plans to build a "Hall of the Invisibles" where the teaching of "Klan-Kraft" would be conducted. Within a year, the college was in federal bankruptcy court. Soon it disappeared altogether from the Atlanta scene, the only visible reminder being the replica of Arlington Hall, which was still standing in 1981.

When the Klan assumed control of Lanier, Fowler became an organizer for the hooded order. During the Democratic National Convention of 1924 he campaigned vociferously against Alfred E. Smith, relying on anti-Catholic arguments. The author of The Ku Klux Klan: Its Origin, Meaning and Scope of Operation (1922), Fowler organized for the Klan in New Jersey and New York, work that brought him under the scrutiny of the police in both states.

During the mid-1920s, Fowler remained in New York where he apparently founded the American Standard, a newspaper, and radio station WHAP. He returned to Atlanta later in the decade and became a salesman for a time before moving to St. Petersburg, Fla., where he resumed his religious work. In St. Petersburg, Fowler became president of a religious publishing house and pastor of the Kingdom Message Association. By 1949, he may have revised some of his earlier views as he apparently contemplated publishing a book to be entitled "The Jew Our Brother." In the early 1960s, he expanded his activities to include anticommunism and was involved in construction of a Temple of American Freedom "to stimulate the white race in freedom." He reported to his alma mater, Furman University, that he was then serving as executive secretary of the Anti-Communist Foundation and president of the Maranatha Bible Seminary.

Fowler was married twice, first to Nancy C. Hunter of Simpsonville, S.C., and second to Ann Hatch. Five children were born of the first marriage: Lewis Hunter, Hallett Judson, Clarence Dixon, Archie Clifford, and John Calhoun. There were no children born of the second union.