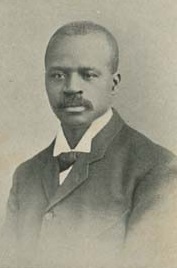 David Bryant Fulton, black polemicist and author, was born in Fayetteville to Benjamin and Lavinia Robinson Fulton. His early childhood was spent in the Fayetteville area, but he grew up in Wilmington where he attended the Williston School and later the Gregory Institute. In the spring of 1887 he left Wilmington for New York, joining the Pullman Palace Car Company as a porter in 1888. He and his wife, Virginia Moore Fulton, settled in Brooklyn, where he later worked for Sears, Roebuck, the Brooklyn YMCA, and a large music publishing house. In 1895 Fulton founded the Society of Sons of North Carolina, a social and benevolent organization in Brooklyn. He was a member of the Prince Hall Masonic Lodge No. 38 of Brooklyn and an active Presbyterian churchman after his second marriage in 1917 to Katie Gummer, also of Wilmington. He died and was buried in Brooklyn, N.Y.

Fulton's earliest writing was done for the Wilmington Record, a black-owned newspaper whose editor solicited Fulton's observations on the condition and activities of black people whom he encountered during his travels as a porter. In 1892 these observations were published in a forty-five-page pamphlet entitled Recollections of a Sleeping Car Porter, in which Fulton used his pen name "Jack Thorne" for the first time. His second book, a novel called Hanover, or the Persecution of the Lowly (1900), focused directly on violent racial conflict in the South of his day. Part exposé, part tract, and part fiction, Hanover , according to its author, was designed to provide "a truthful statement of the causes" that led up to the bloody "Wilmington Massacre" of 10 and 11 Nov. 1898.

Between 1903 and 1906, Fulton gained prominence in Brooklyn for his letters and articles, which were published in a number of New York newspapers. Bits of verse, autobiographical sketches, and a number of "Pullman Porter Stories" testify to the varied purposes to which Fulton turned his pen at this time. However, as he said in an introduction to a collection of his newspaper contributions, the bulk of his writing consisted of "answering traducers and endeavoring to ward off the blows aimed at my people by the enemy." Most of the pieces in Eagle Clippings (1907) show Fulton as a controversialist in matters of social and racial concern.

After 1907 he divided his literary attention between the writing of poetry, essays, and short stories. Most of his short stories never found a publisher. Two occasional poems that he was commissioned to write were more popular. One, a celebration of the life and achievements of Abraham Lincoln, he read to a large gathering in Brooklyn on the centennial anniversary of Lincoln's birth. This Poem to Abraham Lincoln was published in 1909 and contains a picture of Fulton. 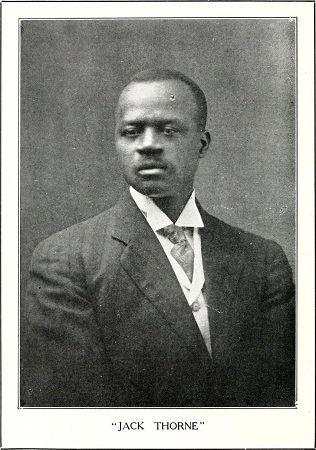 In 1912 the Negro Society for Historical Research published his A Plea for Social Justice for the Negro Woman, and eleven-page pamphlet printed in Yonkers, N.Y., by the Lincoln Press Association. In July 1923 he presented "Mother of Mine; Ode to the Negro Woman" to the annual convention of New York Colored Women's Clubs. A third poem, "The Cooner Man," published in 1913, relates in dialect verse Fulton's memories of local Christmas traditions and customs in Wilmington.

An essay on "Race Unification; How It May Be Accomplished," which appeared in a British periodical in 1913, constitutes Fulton's most direct statement on his most characteristic subject. The future welfare of black people, he maintained, does not rest on amalgamation with or reliance upon whites but rather on a knowledge of "race history," "race achievement," and "race literature" as a stimulus to "race pride" and advancement. Fulton's polemical writings, his poetry, and his fiction reflect his personal dedication to the establishment of a "race literature" in the United States. Nevertheless, the preponderance of North Carolina scenes, history, and customs in his writing requires that he be recognized also as a North Carolina author.