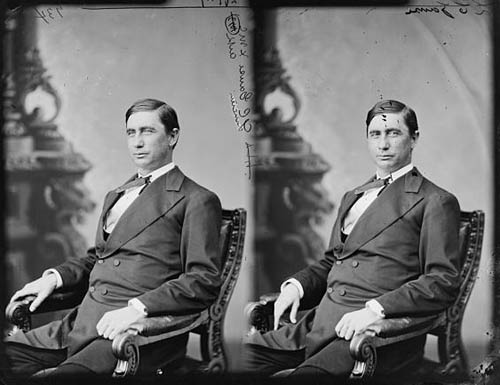 Lucien Coatsworth Gause, Arkansas congressman, was born in Brunswick County, not far from Wilmington. While he was still a youth, his family moved to Lauderdale County, Tenn. Prepared for college by a private tutor, Gause was graduated from the University of Virginia at Charlottesville and then enrolled at Cumberland University in Lebanon, Tenn., to study law. Upon completing his studies there, he was admitted to the bar and began to practice at Jacksonport, Ark., in 1859. During the Civil War, he joined the Confederate Army as a lieutenant and was eventually promoted to the rank of colonel. After the war, he returned to his law practice in Jacksonport.

Gause entered politics in 1866, when he was elected to the Arkansas House of Representatives. Later, he was a member of the commission sent to Washington in an unsuccessful attempt to contest the election of Asa Hodges to the Forty-third Congress. Gause himself ran as a candidate on the Democratic ticket in 1874 and was elected to the Forty-fourth Congress. He served two terms but was not a candidate for renomination in 1878. Returning to Arkansas, he continued to practice law and died in Jacksonport. He was buried in a private cemetery nearby.