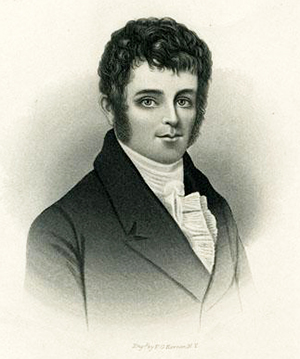 William Hawkins, lawyer and governor of North Carolina, was born at Pleasant Hill in Granville (now Vance) County, the oldest of seven sons of Philemon III and Lucy Davis Hawkins. He was the grandson of Philemon II and Delia Martin Hawkins, and the great-grandson of the first Philemon and Ann Eleanor Howard Hawkins of Devonshire, England, who emigrated to Virginia in 1715.

Hawkins attended Princeton University and read law under Judge John Williams at Williamsboro, Granville County. After receiving his law license in 1797, he went to Fort Hawkins, Ga., where he was assistant to his uncle, Senator Benjamin Hawkins, who was agent for all the Indian tribes south of the Ohio River. He resided there for two years, then went to Philadelphia to continue the study of law and the French language. Two years later he returned to his father's home at Pleasant Hill and began to practice law.

In 1801 Hawkins was called to public service by Governor James Turner, who appointed him commissioner to settle a claim with the Tuscarora Indians. He won a seat in the legislature in 1805 and became speaker of the house. Elected governor of North Carolina in 1810, he was twice reelected and served as chief executive during the War of 1812.

A member of the Episcopal church, Hawkins married Ann Swepson Boyd in 1803. She was the daughter of Alexander Boyd, a prominent Scottish merchant of Boydton, Mecklenburg County, Va. Her sister, Jane Anderson Boyd, had previously married William's brother, John Davis Hawkins. In 1816 Hawkins's health declined and he retired to his plantations. He died on a visit to Sparta, Ga., and was buried there.