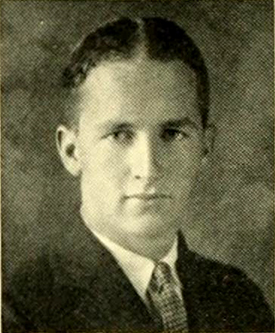 William Henry Holderness, attorney and philanthropist, was born in Tarboro, the son of George Allen and Harriet Howard Holderness. His father, a businessman, served two terms in the state senate (1917–20) where he was chairman of the appropriations committee; in 1896, with M. H. Powell, he organized North Carolina's first telephone company, which later merged with three other firms to become the Carolina Telephone and Telegraph Company. His brother, Howard (b. 2 Nov. 1902), was for many years president and chairman of the board of the Jefferson Standard Life Insurance Company. Another brother, Haywood Dail (b. 30 July 1909), served as president (1957–73) and chairman of the board (1973–74) of Carolina Telephone and Telegraph.

"Willie" Holderness, as he was familiarly known, attended Tarboro High School and Augusta Military Academy in Fort Defiance, Va., and was graduated from The University of North Carolina in 1924. While at Chapel Hill, he became a member of Phi Beta Kappa and Delta Kappa Epsilon fraternities. After his graduation from the Harvard Law School in 1927, he entered practice in Greensboro in association with A. L. Brooks. For many years he was a partner in the firm of Brooks, McLendon, Brim, and Holderness (later McLendon, Brim, Holderness, and Brooks). He also served as a director of Carolina Telephone and Telegraph.

A Democrat, Holderness was appointed to the Guilford County Alcoholic Beverage Control Board in 1955 and served as chairman from 1959 until his death. As an active member of the North Carolina Association of Alcoholic Beverage Control Boards, he played a major role in determining the state's liquor policies. Much of his private life was devoted to promoting charities, particularly the United Fund (he was twice president of Greensboro's Fund drive), the state Children's Home Society, and the Boy Scouts of America.

A bridge player of professional caliber, Holderness regularly participated in state and national tournaments. In addition, he was a longtime president of the Greensboro Country Club.

Holderness died in Wilmington of pneumonia induced by serious injuries in a boating accident, and was buried with Presbyterian services in Forest Lawn Cemetery, Greensboro. His will provided a generous bequest to The University of North Carolina Law School, which was used to endow the Holderness Moot Court Competition, named in his honor.