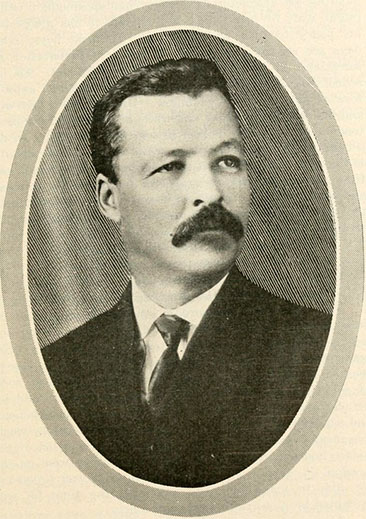 Thomas Sewell Inborden, black educator, was born near Upperville, about sixteen miles from Winchester, Va., the son of freeborn parents. His maternal grandmother was descended from a distinguished white family from the "upper neck" of Virginia.

In 1882, after attending a local public school, Inborden left home, on foot, to go to Cleveland, Ohio, where he worked as a bellboy and waiter in the Forest City Hotel for sixteen months. He saved sufficient funds to enter preparatory school at Oberlin College, where he remained for four years. In 1887 he went to Fisk University and four years later was graduated with the B.A. degree. He then joined the American Missionary Association, whose purpose was to provide for the education and the "Americanization" of all minorities of whatever race or nationality. Affiliated with the association for over half a century, he was first assigned as pastor of a church in Beaufort, N.C., and remained there for three months. In the fall of 1891 he went to Helena, Ark., to organize a high school, and two years later he was sent to Albany, Ga., to establish the Albany Normal School.

Transferred to Bricks, N.C., located in Edgecombe County between Enfield and Whitakers, Inborden was the organizer and first principal of the Joseph Keasbey Brick Agricultural, Industrial and Normal School, where he began work on 1 Aug. 1895. The land for the school had been donated to the American Missionary Association by Mrs. Julia Elma Brewster Brick of Brooklyn, N.Y., to establish a self-help school for poor black children. During the first year, the institution enrolled 54 students of whom 13 were boarders. Both boys and girls were admitted up to the fourth grade, although most of them were first and second graders. The 50-acre campus was situated on a tract of 1,129 acres. Eventually, it comprised three large dormitories in addition to a chapel, recitation hall, administration building, and shop where boys were taught blacksmithing, woodwork, mechanical drawing, the use of small machinery, and cabinetmaking. Over the years enrollment increased, reaching as high as 460 students, 260 of whom were boarders. The school produced a variety of farm products, and Inborden developed an extensive mail-order business in honey. Many black teachers—especially in the field of home economics—also served in nearby counties; others went on to graduate work in other institutions and became teachers, dentists, and physicians. 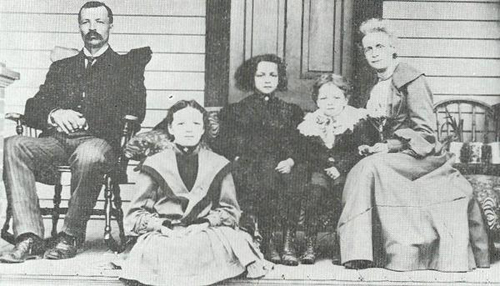 During this period, attendance at the annual farm meetings for Negroes grew from 5 to approximately 2,000. Inborden inspired many blacks to seek the ownership of land, and about 1920 he was instrumental in the founding of the Tri-County Federal Farm Loan Association, which was run by blacks. Inborden also organized the first YMCA Conference for Negroes in the South. He served as president of the North Carolina Colored Teachers Association for two years, of the North Carolina Fair Association for two years, and of the North Carolina Negro Farmers Congress for eight years. In addition, he was chairman of the Jury of Awards for the Negro Building at the Jamestown Exposition in 1907, a member of the Negro Sociological Congress, and president of the Eagle Life Insurance Company of Raleigh. He held several honorary appointments by North Carolina governors.

In 1909 and 1926, Inborden traveled extensively in the United States on behalf of the American Missionary Association. In 1922 he was granted a sabbatical from the Brick School—with all expenses paid—to travel more than 12,000 miles in the American West.

Inborden married Sarah Jane Evans, the daughter of freeborn blacks who had migrated to Ohio from North Carolina about 1854. She was a graduate of Oberlin College and a teacher for thirty-six years. Before her death on 12 May 1928, the Inbordens had seven children, three of whom grew to adulthood.

John Whitfield McGwigan, a local historian from Enfield, recalls that Inborden was a "courtly figure, a man of slight to medium stature, of light complexion; and I seem to recall that he had a wispy goatee. For years he was an official U.S. Weather Bureau observer. . . . He was considered an authority on the subjects of horticulture and bee keeping. . . . He did much to foster friendship and brotherly love among the races and was universally admired throughout the community." As a result of Inborden's distinguished leadership, the Brick School became Brick Junior College in 1926. The Inborden Elementary School, Enfield, honors his memory. Inborden was buried in Westwood Cemetery, Oberlin, Ohio.

my grandfather thad Johnson was teacher at the brick school

I was born and raised in

I was born and raised in Enfield, NC. I just found in letter written to my father, Edward Meyer from T.S. Inborden. It was written in 1947. Is anyone interested in seeing a copy of it? It's a wonderful letter, 2 types pages.
/sincerely, Anne Meyer Kramer

I would love to see it! I am

I would love to see it! I am currently working at Franklinton Center at bricks (part of what was the campus of Brick! I hope to hear from you!!