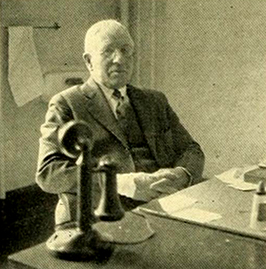 Isaac Hall Manning, physician and educator, was born in Pittsboro, the son of John and Louisa Jones Hall Manning. In 1881 the family moved to Chapel Hill, where John Manning became the first professor of law at The University of North Carolina and later served as dean of the law school.

Young Manning enrolled at the university in the fall of 1883, was graduated in 1887, and worked as a chemist with the Navasso Company of Wilmington until 1893, when he entered medical school at Long Island College in New York. After receiving a doctor of medicine degree with honors in 1897, he served as surgeon for the hospital of the Atlantic Coast Line Railroad in 1899 and 1900. In 1901 he pursued graduate medical training at the University of Chicago and was appointed professor of physiology at The University of North Carolina School of Medicine. Manning attended Harvard University for additional graduate work in 1902 and 1906 and began teaching courses in bacteriology at The University of North Carolina in 1902.

Following the departure of Dr. Richard H. Whitehead (1865–1916) to the University of Virginia, Manning was appointed dean of The University of North Carolina School of Medicine in 1905. His energy and leadership were critical in transforming the young school into one of the nation's leading medical education centers. Manning guided the School of Medicine through several difficult periods, particularly the turmoil surrounding the forced closing of many medical schools in the aftermath of Dr. Abraham Flexner's survey of American medical education. Additional upheaval occurred with the efforts to expand the curriculum to a four-year program and the attempt to merge the school with Trinity College in Durham. Manning served as dean until September 1933, when he resigned following a disagreement with Dr. Frank Porter Graham. He continued his active role in education as Kenan professor and chairman of the Department of Physiology until his retirement from the university in 1939, thereafter holding the title of Kenan professor emeritus.

In addition to his work in medical education and research, Manning was involved with one of the nation's first successful movements to provide equal access to quality medical care for all citizens. In the summer of 1935 he spent two months studying European medical care and financing systems in France and England. Largely as the result of this trip, Manning organized the Hospital Savings Association of North Carolina in an attempt to control the cost of hospitalization. Among the progressive concepts he promulgated through the association were those of cost sharing among a broad-based constituency, provision of equal access to medical care for the poor and the disadvantaged, and establishment of quality control standards for performance by hospitals. The Hospital Savings Association, sponsored by the Medical Society of the State of North Carolina, was the first hospital insurance plan administered by a state medical organization. In February 1942 Manning was elected chairman of the board and medical director of the association, a position that he held until his death. In the 1960s the organization merged with the Hospital Care Association to become Blue Cross and Blue Shield of North Carolina.

On 26 Apr. 1908 Manning married Martha Battle Lewis, who died the following year. On 6 June 1911 he married Mary Best Jones, and they became the parents of three sons: Isaac, Jr., John Taylor, and Howard Edwards. Dr. Manning served as president (1933–34) and secretary (1942) of the Medical Society of the State of North Carolina. He was an active member of the American Medical Association, Phi Kappa Sigma, the American College of Surgeons, and Alpha Kappa Kappa. He was a Fellow of the American College of Physicians and an active member of the Episcopal church in Chapel Hill.

Isaac Manning resigned his position as dean of the UNC Medical School in protest over his strict application of the School's discriminatory and anti-Semitic quota policy limiting the number of Jewish applicants. During the 1920s and 1930s, UNC Medical School had a quota policy in place to limit the number of Jewish applicants. In 1933, Morris Krasny, a qualified Jewish applicant, was rejected for the program based on his religion. Krasny appealed to President Graham who refused to tolerate the anti-Semitic policy and practice of the school and ordered the qualified student admitted; Manning resigned in protest.