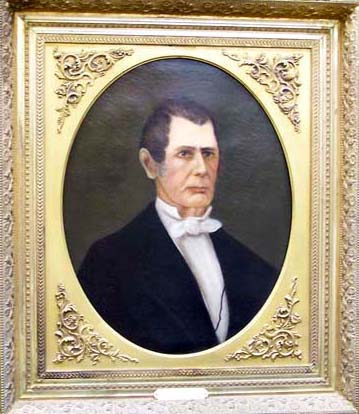 Robert Hall Morrison, first president of Davidson College and for sixty-five years an active Presbyterian minister, was born in the Rocky River section of Cabarrus County, the son of William—Revolutionary soldier, farmer, and miller—and Abigail McEwen Morrison, both of Scottish descent. He attended the Rocky River Academy and was thoroughly schooled by the Reverend John Makemie Wilson, D.D., the local minister. Morrison entered The University of North Carolina in 1816 as a sophomore and was graduated with honors in the class of 1818. This was a distinguished class in which James Knox Polk took first honors. Subsequently, Morrison taught school and studied theology with Wilson and the Reverend John Robinson of the Poplar Tent Presbyterian Church. Their example did much to lead him into the Christian ministry.

After briefly attending Princeton College (which awarded him an honorary A.M. in 1824), Morrison was licensed by the Concord Presbytery and accepted a call from Providence Church in Mecklenburg County. In 1822, after two years at Providence, he relocated in Fayetteville, where he served a church and established the North Carolina Telegram, the first religious gazette in the South. In 1827 Morrison returned to Mecklenburg County as pastor of the venerable Sugar Creek Presbyterian Church and a smaller Charlotte congregation. This arrangement continued until 1833, when he became fulltime minister at Sugar Creek.

Meanwhile, Morrison had become deeply interested in founding a denominational college in the "Western region." Like many other devout Christians, he had come to believe that secular institutions, such as his alma mater, were increasingly unsuited to prepare an educated clergy. Accordingly, in March 1835 he proposed that the Concord Presbytery found a "Manual Labor School"; from this suggestion grew the plan to establish Davidson College, named for Revolutionary hero General William Lee Davidson. Later that year Morrison prepared a feasibility study and proposed a tentative curriculum. Then he and the Reverend Patrick Jones Sparrow, of Salisbury, were assigned the unenviable task of raising the requisite funds. They secured $30,000, and on 10 Apr. 1836 the Presbytery laid the chapel cornerstone. Morrison addressed a large audience on "the importance of learning generally, and especially of a learned ministry to the happiness of a community, and the security of a free and religious government." The trustees first offered the presidency of the new institution to Samuel B. Wilson, of Fredricksburg, Va. After he declined it, the trustees selected Morrison.

When Morrison took up residence at Davidson in February 1837, the campus consisted of the president's home, one professor's home, a steward's hall, and sixteen small, crowded dormitories set amid a sylvan environment. During the first session (spring 1837), about sixty students enrolled and three professors, including Morrison, did all the teaching. Later a manual labor system—which Morrison warmly supported—was instituted. Under the program, each student was required to work on some mechanical or agricultural project for three hours on weekdays, with wages to be applied against his bill for room and board. This system resulted in widespread discontent and malingering. The period of labor was soon reduced to two hours and after three years was abandoned altogether. A student in these early years remembered President Morrison as a versatile teacher and a powerful preacher. However, personal tragedy and illness sapped Morrison's morale and strength. Two young daughters died of diphtheria in April 1838, and, though he faced this calamity with characteristic fortitude, the loss was a heavy blow. Morrison himself soon developed a serious throat ailment that affected his speech. In January 1839 the Davidson trustees authorized an extended leave, while urging him to retain the presidency. When northern specialists and rest did not cure the malady, Morrison resigned in 1849 and retired to his Lincoln County farm, where he resided until his death. 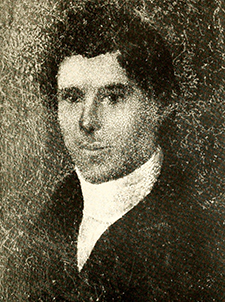 Fortunately, the growing Morrison family was easily accommodated in Cottage Home, a three-story farmhouse in eastern Lincoln inherited from Mrs. Morrison's father, General Joseph Graham. With four hundred acres here and several hundred in western Tennessee, there were no inordinate financial problems. The Morrison progeny fondly remembered Cottage Home as stimulating socially and intellectually. By 1842 Morrison had recovered sufficiently to become pastor of the Unity church, which his family attended. In time he also preached regularly at Machpelah and Castanea Presbyterian churches. He served all three—widely different in level of education and social status—for approximately forty years. Although he rarely left his home community, Morrison was one of the best-known preachers in North Carolina. In addition to preaching and studying theology, he was interested in scientific agriculture generally and silk production in particular. Nevertheless, his farm income was largely dependent on such staples as corn, wheat, cotton, and livestock.

Although Robert Hall Morrison's long life was punctuated by personal grief, he never despaired or lost his faith. He died at age ninety-one, well-loved and venerated, and was buried at Machpelah Church in Lincoln County.

Franklin Brevard McDowell, The Broad Axe and the Forge (1897).